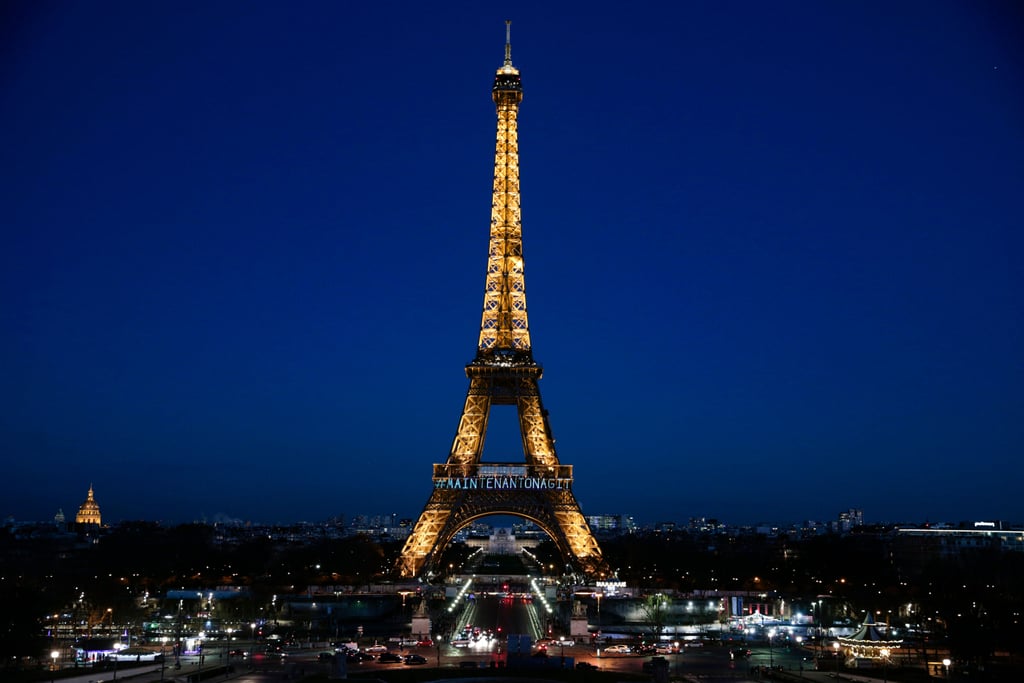 People around the world are still celebrating International Women's Day, an annual commemorative holiday that is now over a century old. In Paris, local officials partnered with a women's rights organisation to kick off the day at one of the world's most famous monuments: the Eiffel Tower, of course.

Together with the Fondation des Femmes, French Culture Minister Françoise Nysse and Paris Mayor Anne Hidalgo planned to have a powerful slogan projected onto the Eiffel Tower from 7 p.m. to midnight on the evening of March 7, just before International Women's Day. The slogan, "Maintenant On Agit," translates to "Now We Act," and is the French equivalent of the Time's Up initiative.

Just before unveiling the projection, Nysse and Hidalgo shared a few words in front of a crowd that had gathered and reporters. According to Euronews, the mayor said they were sending "a message to men and all of society." See photos from the profound celebration ahead.

Shoppable
Halsey Wrote a Book of Poems That Explores Feminism, Sexuality, Mental Illness, and More
by Chanel Vargas 2 weeks ago

Family Relationships
I Adore My Sisters-in-Law, Because They're the Kind of Sisters I Always Wanted
by Christina Montoya Fiedler 04/4