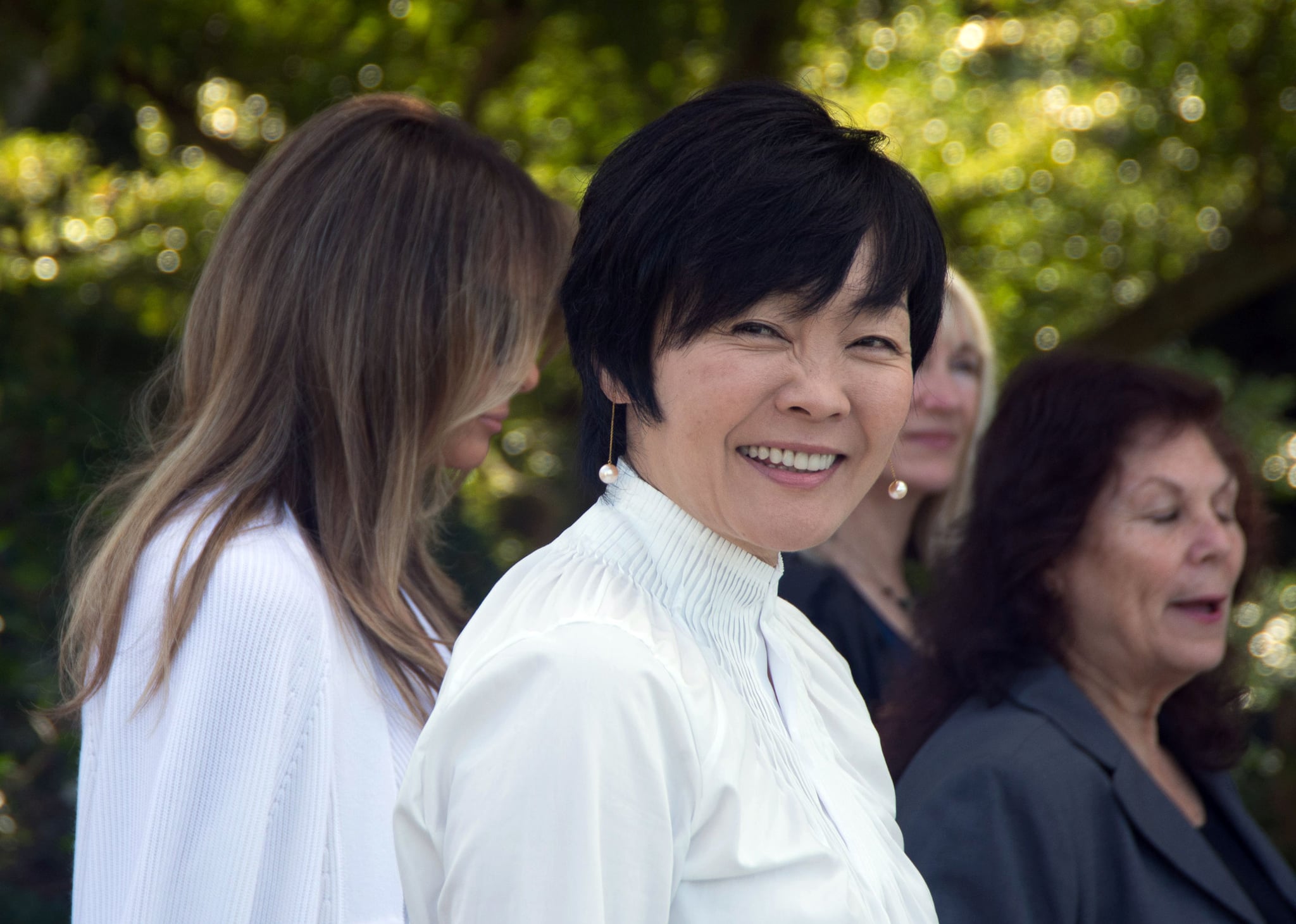 There are plenty of reasons why someone might want to avoid talking to President Donald Trump. His long and award handshakes look like zero fun and his casual sexism is incredibly cringeworthy. This might explain why the First Lady of Japan, Akie Abe, seemingly pretended not to speak English when she was seated next to Trump at a G20 dinner.

In an interview with The New York Times, Trump talked about this experience at a G20 summit,, including the aforementioned dinner. He said he was seated next to Abe, and stated, ". . . she's a terrific woman, but doesn't speak English." New York Times reporter Maggie Haberman asked him, "Like, nothing right? Like zero?" To which Trump responded with, "Like, not 'hello.'" SURE, Trump might've JUST assumed Abe didn't know how to speak English simply because she is Japanese. He might also just have lied in the interview, as he's been known to do. Still, many prefer to believe a third, more satisfying theory: that Abe purposely pretended not to know English to avoid having to make conversation with him.

As Sam Thielman, a reporter at Talking Points Memo pointed out, Abe certainly knows English. She gave a keynote address at the R3ADY Asia-Pacific symposium in 2014 entirely in English.

Whatever the case is, world leaders take note: if you want to avoid talking to Trump, pretending like you don't know how to speak English might be the easy way out.