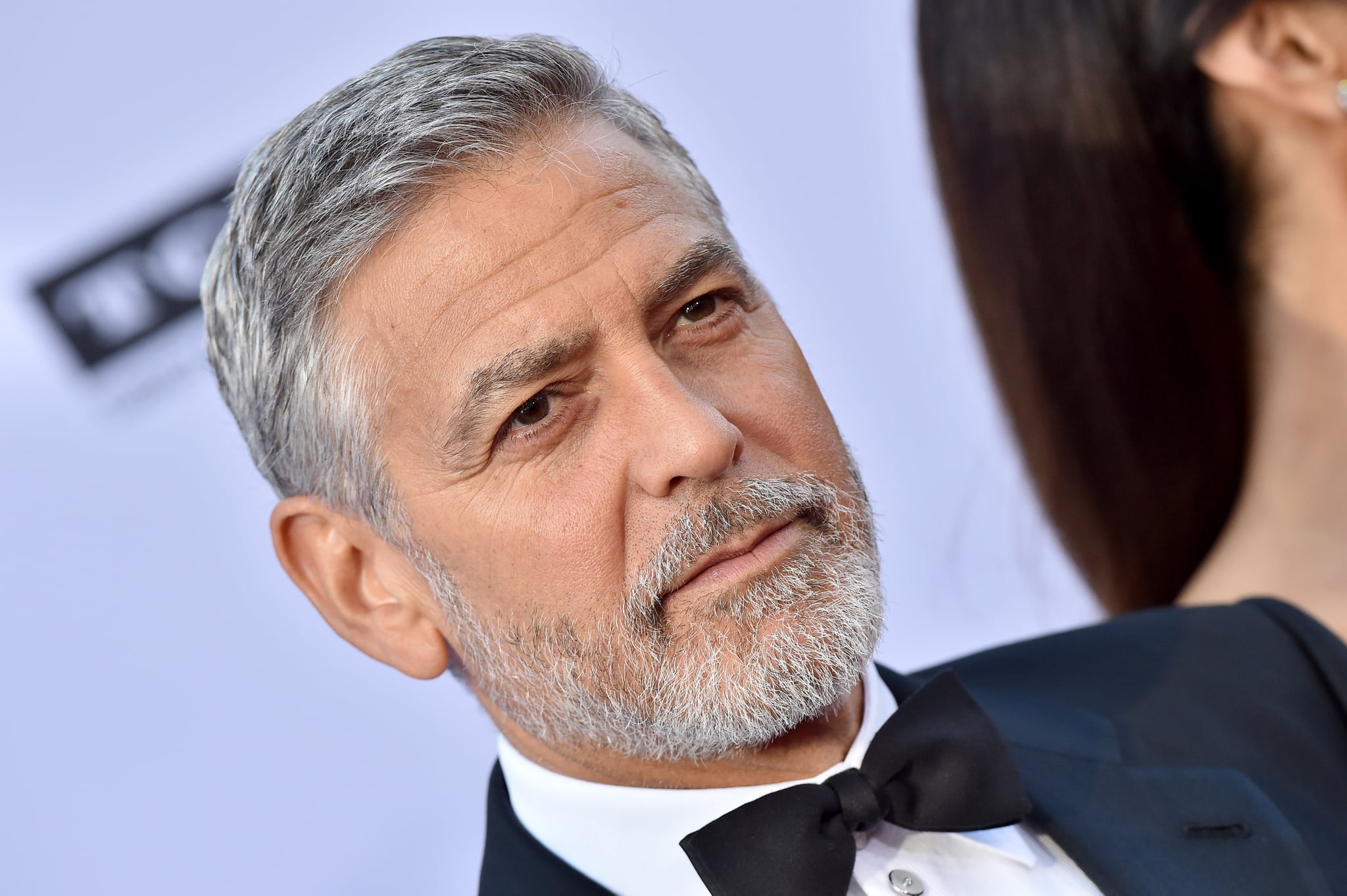 George Clooney is calling attention to the ongoing political and humanitarian crisis in Sudan. On June 11, the actor published an op-ed in Politico urging Congress to take steps towards deescalating the state's violent attack on protesters and civilians. Clooney co-authored the piece with John Prendergast, a human rights activist who, along with Clooney, founded The Sentry, an investigative group looking into the finances of war criminals.

"Much more can be done."

"If this sounds like another hopeless African crisis, it isn't. Sudan is a country that has unified Republicans and Democrats in Congress and successive administrations in Washington in defence of human rights and peace," Clooney and Prendergast wrote. They added, "Much more can be done now by the current Congress and the Trump administration — as well as allies in Europe and Africa — to create consequences for the leaders of the regime."

The op-ed comes days after an estimated 100 people were killed by paramilitary groups, called the Rapid Support Forces, in the republic's capital, Khartoum, on June 3. The protests began in December 2018, after President Omar al-Bashir increased the price of goods, leading to a rising cost of living. Al-Bashir was overthrown in April, however, as the op-ed noted, "Al-Bashir might be out of power, but the same regime still rules," and clashes between civilians and state security forces have continued following many failed negotiations.

Clooney's has a years-long record of involvement and advocacy in the region's humanitarian crises. He travelled to South Sudan and Darfur on numerous occasions in the mid-2000s, narrating a documentary about Darfur, Sand and Sorrow, in 2007. Now, he and Prendergast have outlined several ways for the United States to intervene: for starters, Congress can utilise the Global Magnitsky Act, passed in 2016, to impose sanctions on regime officials and leaders among the paramilitary groups. In addition, the Treasury could publish an anti-money laundering (or AML) advisory so that global banks are alerted to potential illicit transactions being made by the Sudanese regime.

"Today, the US Congress and Executive Branch — along with the African Union and European Union — have a second chance to create serious consequences for serious crimes and to invest in high-level diplomacy to bring civilian rule to Sudan," Clooney and Prendergast wrote at the end of the piece. Adding, "There are plenty of reasons to do so."

There are several ways to help those being affected by the political unrest in Sudan. Consider calling your member of Congress by dialing (202) 224-3121, stating your zip code, and saying you support helping Sudan. There's also a petition urging the United Nation to investigate the events of June 3. Another petition on the White House website is calling for the Rapid Support Forces to be recognised as a terrorist organisation. If you'd like to donate, Unicef and the International Rescue Committee are a few of the organisations offering aid to civilians.

Coronavirus
I'm From Wuhan, China, and This Is What I Wish the World Knew
by Alicia Lu 5 days ago

US News
Greta Thunberg Calls Out World Leaders at UN Climate Summit: "You Have Stolen My Dreams"
by Chanel Vargas 24/9/19
Latest News
×