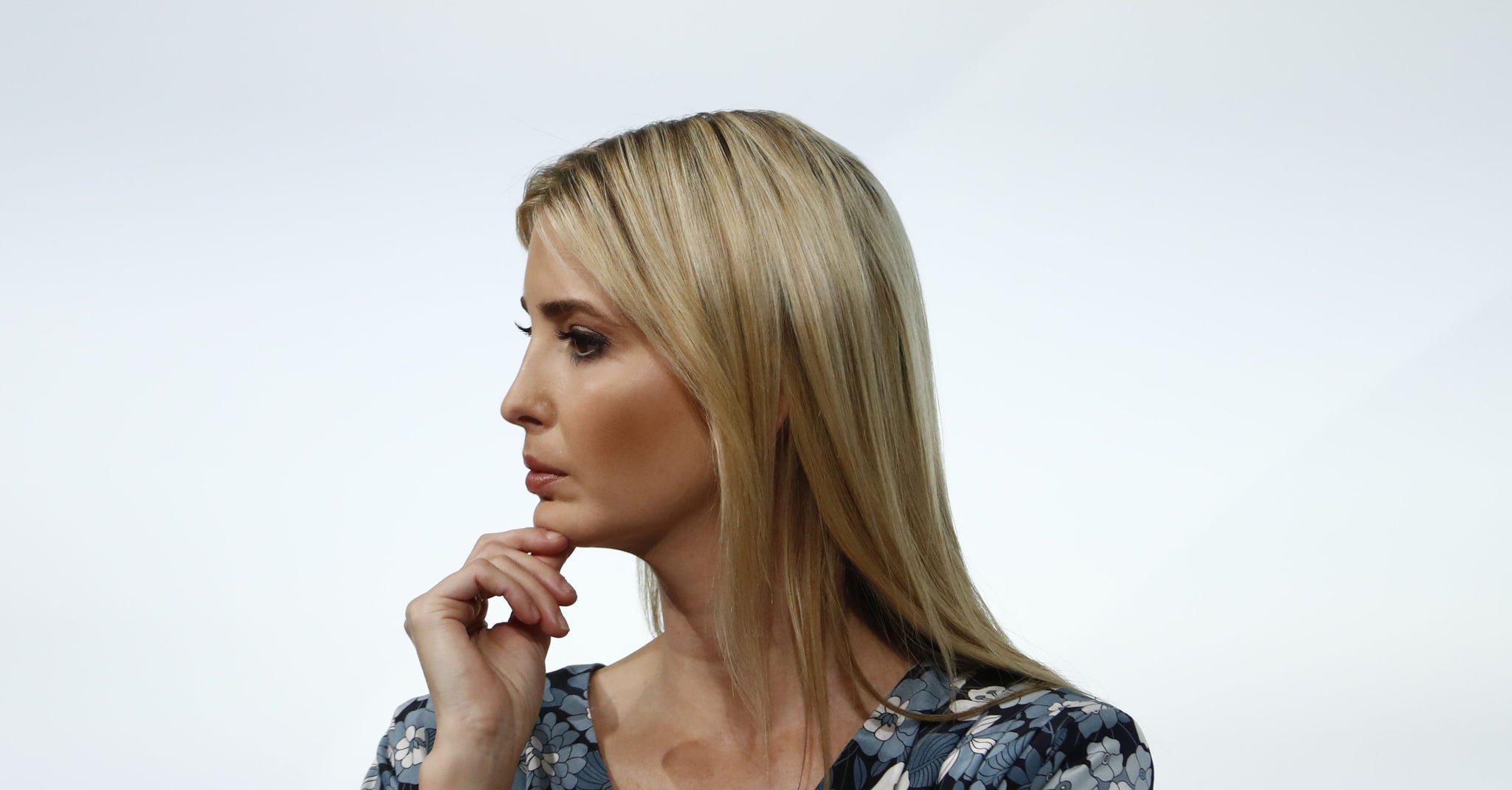 If Ivanka Trump thought that international audiences would be less aware of her famous father's shortcomings than American young women, she was dead wrong. The crowd was none too pleased when Trump tried to spin her father's treatment of women in a positive light while speaking on a women's panel in Berlin, Germany, this week. After discussing her own muddled and legally murky role in the White House, Trump was reportedly met with hisses and boos when she tried to champion her father as a women's advocate.

"I'm very proud of my father's advocacy. Long before he came into the presidency, he championed this in the primaries," Trump told the crowd, referencing paid parental leave. "He's been a tremendous champion of supporting families and enabling them to thrive," she continued before members of the crowd began expressing their disagreement.

When asked about whether her father is an "empowerer of women" despite his troubling alleged history of sexual harassment and negative speech about women, Trump continued:

"I've certainly heard the criticism from the media and that's been perpetuated, but I know from personal experience, and I think the thousands of women who have worked with and for my father for decades when he was in the private sector are a testament to his belief and solid conviction in the potential of women and their ability to do the job as well as any man. So I think in my personal experience — and you were asking me about my role as daughter — and as adviser, as a daughter, I can speak on a very personal level knowing that he encouraged me and enabled me to thrive."

Later in her panel appearance, Trump expanded on her own (often hyprocritical) brand of feminism. "I do label myself a feminist and I think about that in very broad terms," Trump explained. "I think of that as believing in the social, political, and economic equality for all genders." The first daughter went on to blast the feminist movement as exclusionary to many women, and explained that she believes women have an obligation to lift one another up even if they don't see eye to eye on certain issues.

Considering the fact that the largely female panel audience certainly didn't see eye to eye with Ivanka on the topic of her father's treatment of women, the fact that she was able to sit on a panel and discuss women's workplace and social issues seems to be a working example of the "inclusion" that Trump pleaded for in her conclusion.

2020 Election
The Wait Is Over: Joe Biden Is Declared the President-Elect
by Kelsey Garcia 3 weeks ago
Latest News
×