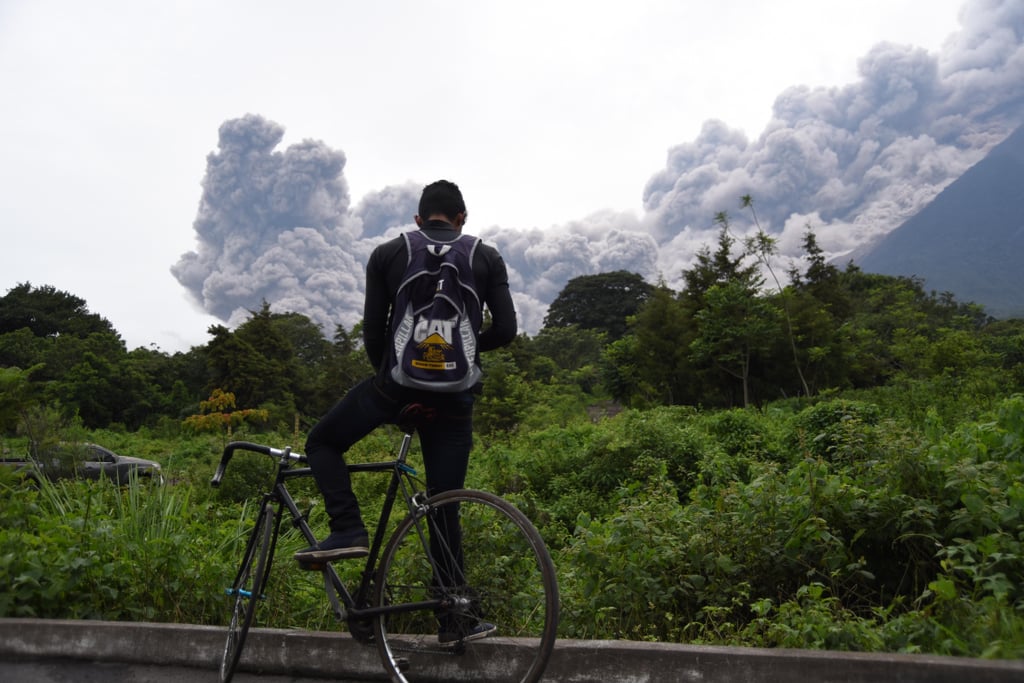 On June 3, Guatemala's Fuego volcano erupted, releasing rivers of red-hot lava and shooting clouds of smoke nearly six miles into the air. At least 25 people have been confirmed as dead so far, with the death toll expected to rise, and dozens others are still missing due to the natural disaster, which has been dubbed the country's "most violent volcano eruption in more than a century," according to BBC News.

The volcano, which is situated just 40 kms southwest of the capital, Guatemala City, erupted for 16 and a half hours, burying surrounding villages in thick ash, rocks, and mud, trapping some in their homes. More than 3,000 people have been evacuated and moved to temporary shelters, and Guatemala's main airport is currently closed due to the eruption. Below, take a look at 21 images of the damage to see just how devastatingly destructive it truly was.

US News
Greta Thunberg Calls Out World Leaders at UN Climate Summit: "You Have Stolen My Dreams"
by Chanel Vargas 24/9/19
Latest News
×