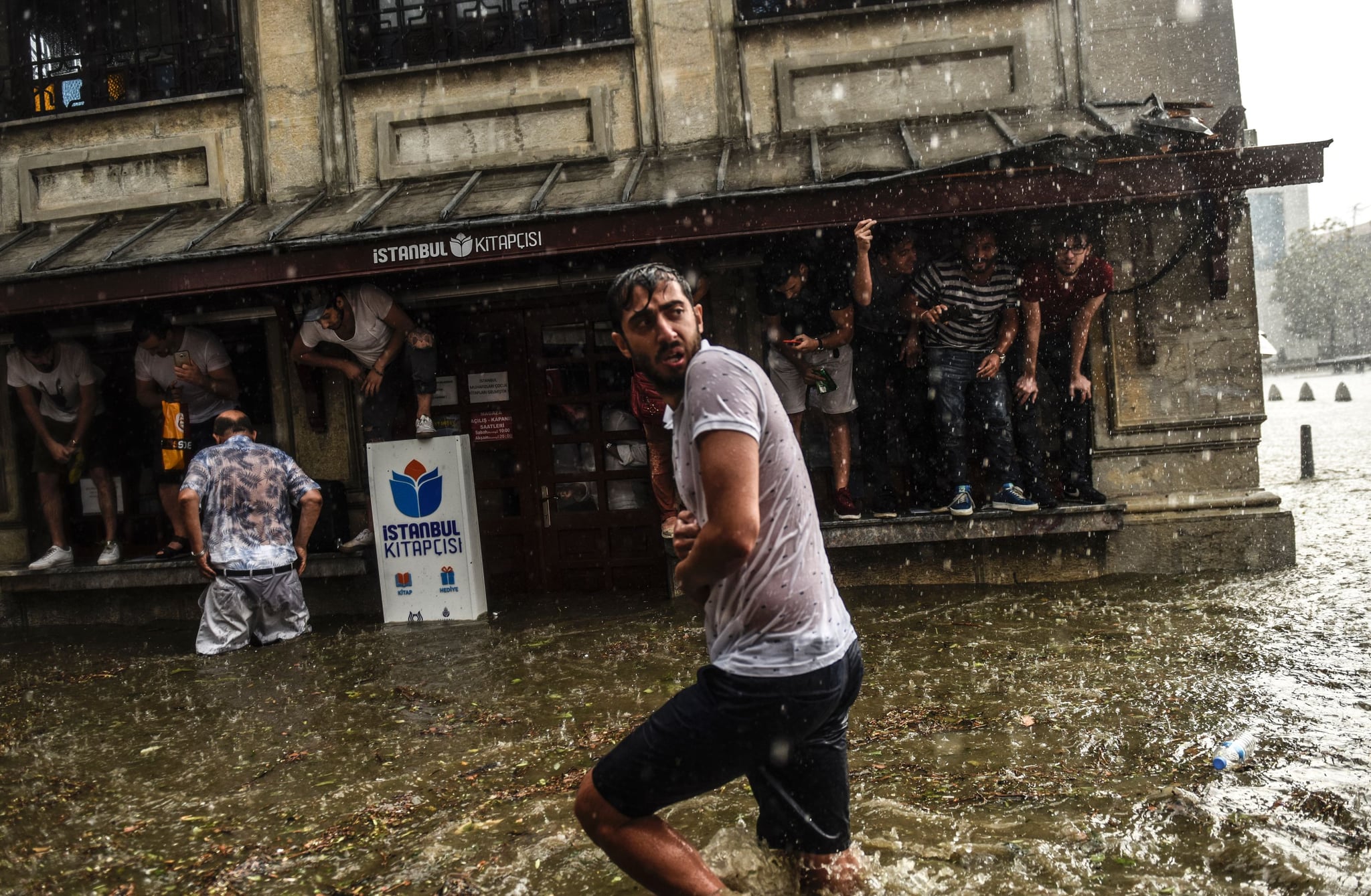 Istanbul, Turkey, was inundated by a storm on July 27 that left at least 10 people injured, according to Al Jazeera — and the images and videos truly have to be seen to be believed.

Hail stones the size of golf balls pelted the city and shattered car windshields, as winds up to 96 kilometres per hour uprooted trees and heavy rain flooded the streets. Notably, this was the second time in just 10 days that a storm of this magnitude had battered the city. Ahead, see some of the most shocking images from the storm and its aftermath.

A video circulating on social media supposedly from İstanbul during the hail storm. pic.twitter.com/HsYhYeNEwx

How was your rush hour? I bet it was nothing compared to mine. Caught in a hail storm. Car is damaged beyond recognition. #Istanbul pic.twitter.com/aaiKMwOD3N