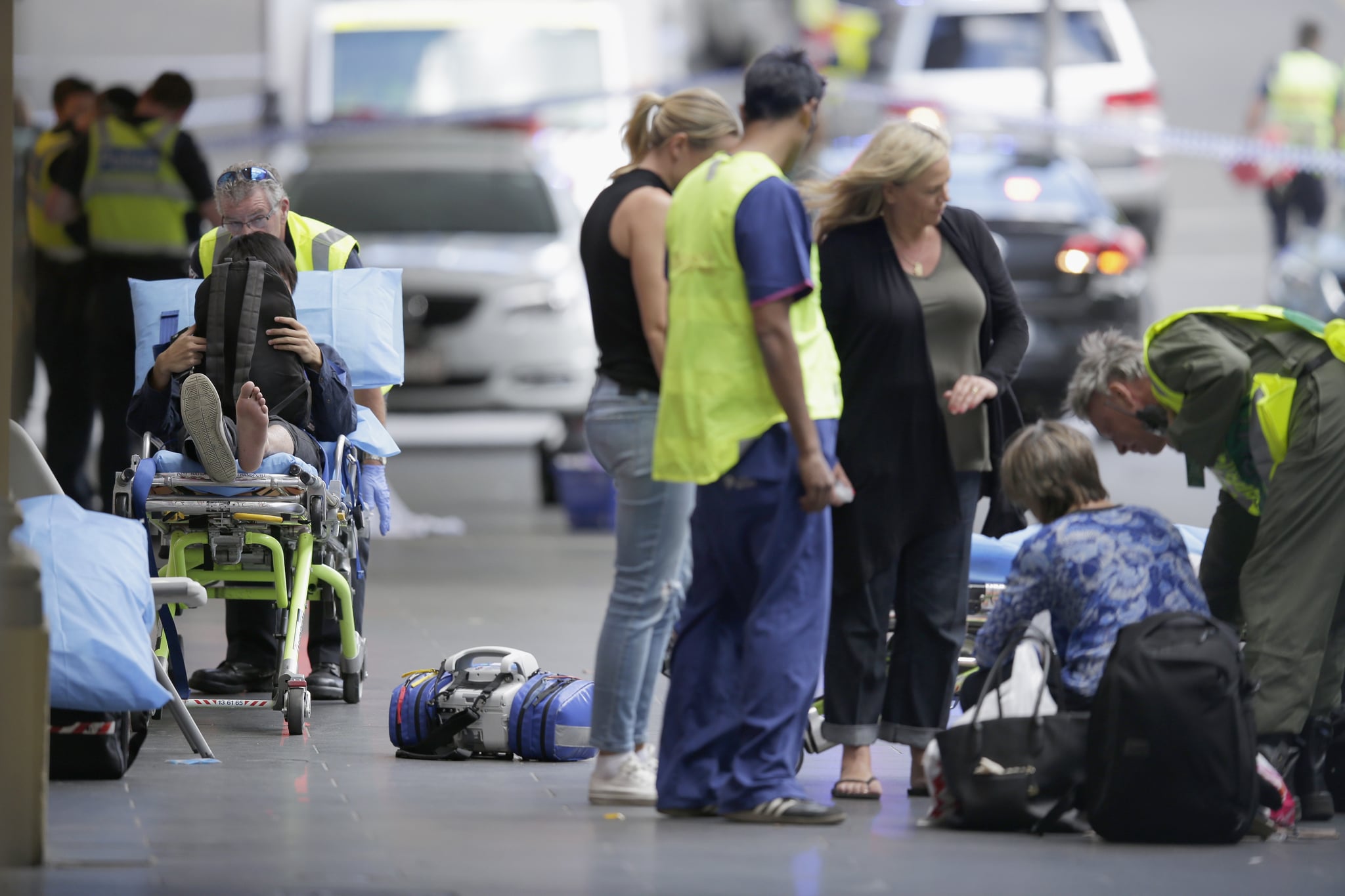 It always seems that faith-restoring stories of kindness and love emerge out of great tragedy — thankfully — and the Bourke Street Mall attack has followed suit. Five people lost their lives when Dimitrious "Jimmy" Gargasoulas allegedly mowed down pedestrians in the Melbourne CBD at lunchtime on Friday, January 20. As the accused prepares to be charged with multiple murders, people who survived the attack have taken to social media to share their stories.

One young man, Henry Dow, was one of the first on the scene, and helped an unnamed injured woman in the aftermath. Working alongside him was a taxi driver named Lou, and Henry's Facebook account of Lou's heroism is nothing short of remarkable. Alongside a news picture of the pair helping the woman, Henry goes into detail about how he himself was struggling to hold it together in the horrifying seconds after the rampage.

"Holding her head, my hand was, for want of a better word, shaking," he wrote. "It was more like bouncing, moving several inches up and down as the fear and thoughts of what had happened, what could happen, raced through my head. Lou grabbed my hand and firmly told me to keep it together, that I was OK and that we needed to keep strong for this woman . . . He directed assistance to several of the victims laying on the pavement around us, all whilst keeping me calm and speaking lovingly to this woman: 'I am Lou, you are going to be OK, we are looking after you.'"

You can read Henry's full post below. Heroes, both of them.

This moment already feels surreal; without the sounds of violence, rush of adrenaline and smell of fear the photo doesn'...