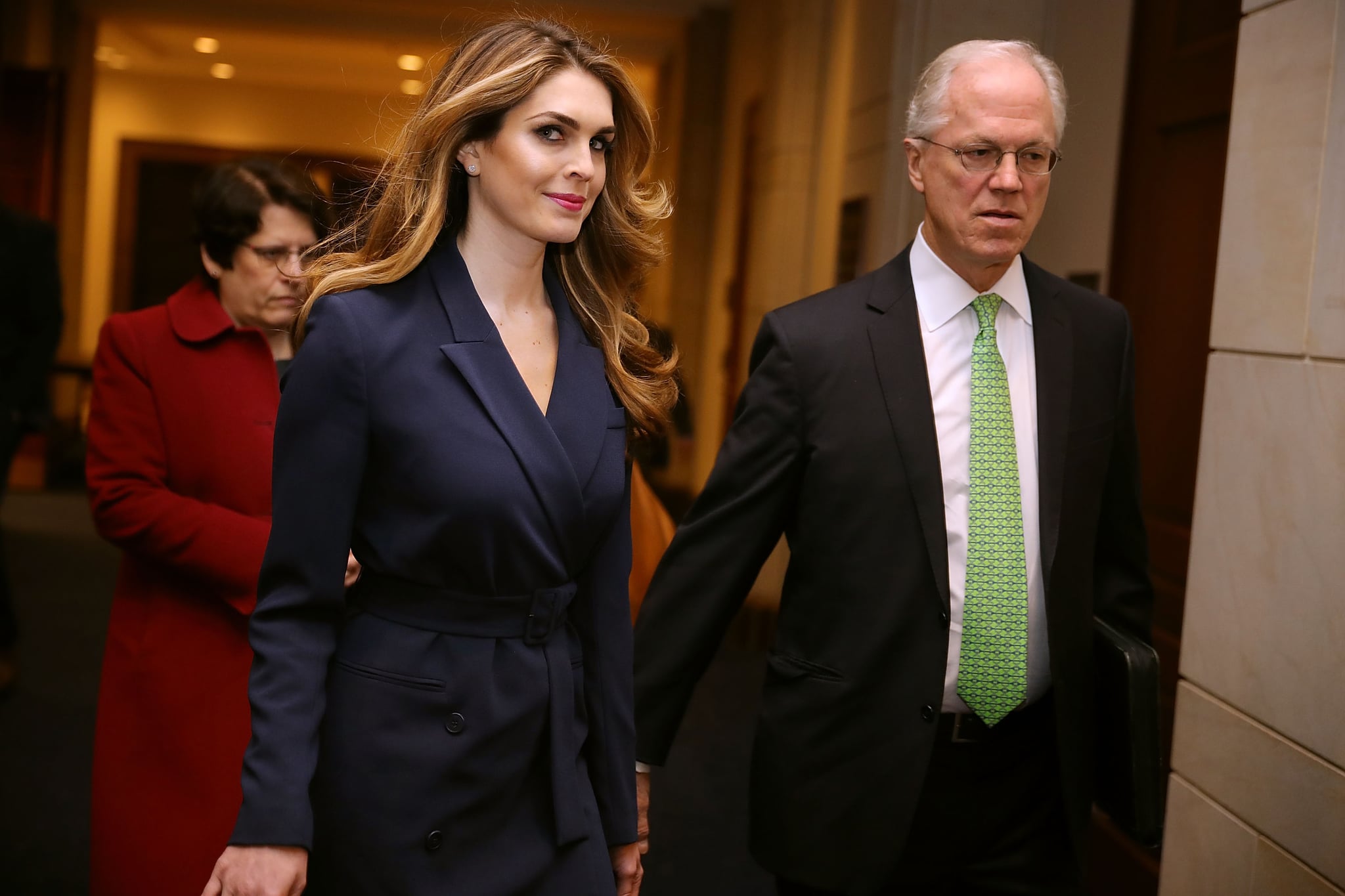 Less than 24 hours after testifying before the House Intelligence Committee that she's told "white lies" for Donald Trump, Hope Hicks will resign from her role as White House Communications Director, The New York Times was first to report. The 29-year-old joined Trump's presidential campaign in 2016 without any previous political experience. Hicks reportedly had been thinking about leaving for several months and told colleagues she had done what she could do in a role that made her "one of the most powerful people in Washington, and that there would never be a perfect moment to leave," according to White House aides. Hicks hasn't announced what she will be doing next or when her last day will be. She did say she had "no words" to express her appreciation to Trump.

"Hope is outstanding and has done great work for the last three years," Trump said in a statement. "She is as smart and thoughtful as they come, a truly great person. I will miss having her by my side, but when she approached me about pursuing other opportunities, I totally understood. I am sure we will work together again in the future."

During her time as communications director, Hick never sat down for an interview or stood at the White House briefing room podium. She kept a very low profile during her tenure. "I quickly realised what so many have learned about Hope: She is strategic, poised and wise beyond her years," John F. Kelly, the White House chief of staff, said. "She became a trusted adviser and counselor, and did a tremendous job overseeing the communications for the president's agenda including the passage of historic tax reform. She has served her country with great distinction. To say that she will be missed is an understatement."

Supreme Court
The Supreme Court Has Undergone Changes Before. These Are the Latest Proposals.
by Kaley Rohlinger 4 days ago

Voting
You Can Still Get Involved in the 2020 Election, Even If You Can't Vote — Here's How
by Sabrina Park 4 days ago

Healthy Living
With Reproductive Rights at Stake, Should You Be Stocking Up on the Morning-After Pill?
by Esther Bell 4 days ago