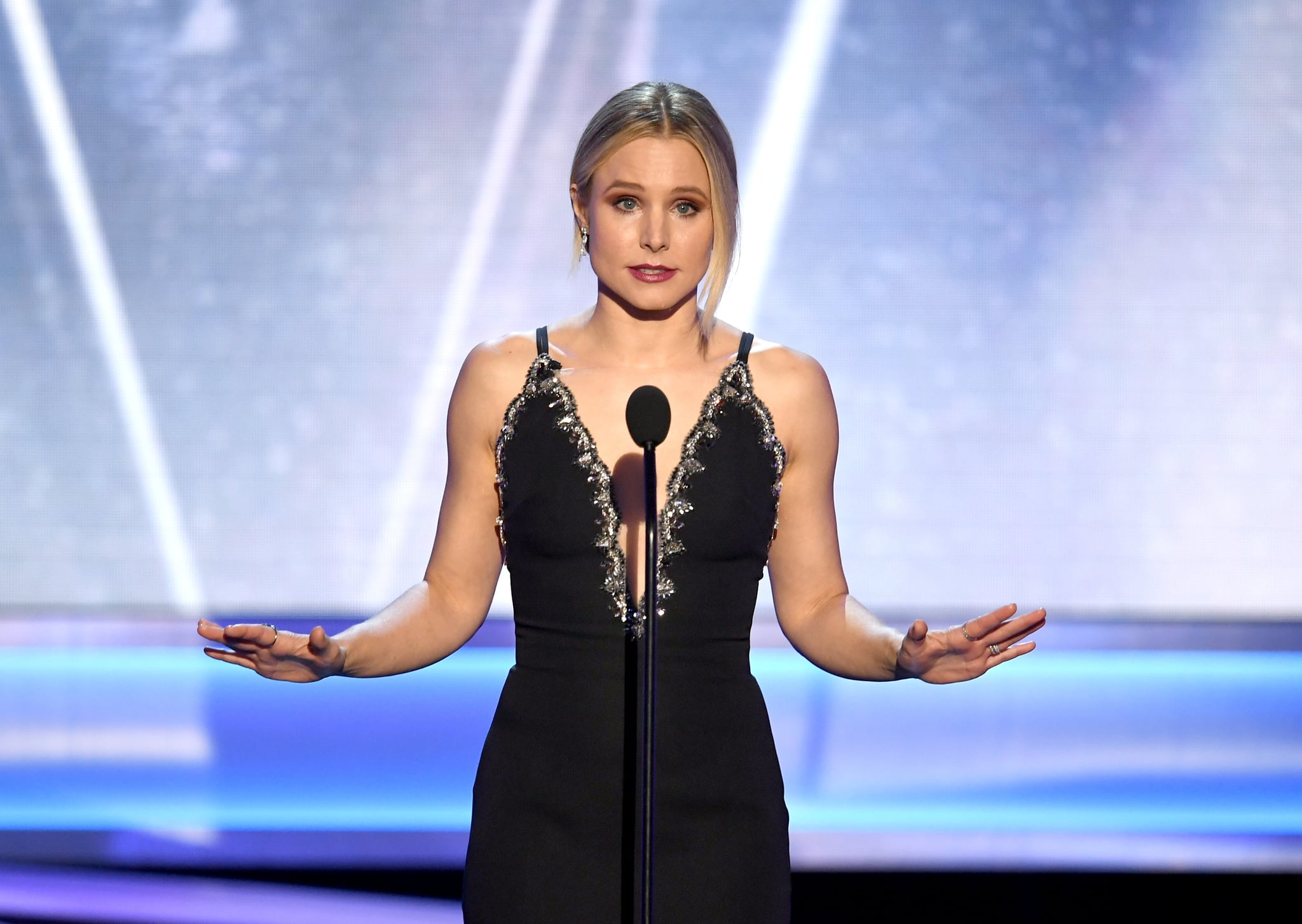 As the first-ever host of the Screen Actors Guild Awards, Kristen Bell delivered a dynamic opening monologue that addressed struggling actors, the Time's Up initiative, and even the forthcoming Frozen sequel. Though the monologue was relatively apolitical, the 37-year-old actress did take a subtle dig at First Lady Melania Trump, one that might have gone unnoticed by many.

"There has never been a host for this award show before. Yeah, it's the first time. First person. First lady," Bell said at the very start of the show. "I honestly never thought that I would grow up to be the first lady but, you know what, I kind of like it. I think my first initiative as first lady will be cyberbullying because I have yet to see any progress made on that problem quite yet."

If you can recall way back before Donald Trump was elected, the now-first lady famously announced that she would make cyberbullying a cornerstone of her work as FLOTUS. "It is never OK when a 12-year-old girl or boy is mocked, bullied, or attacked," Melania Trump said. "It is terrible when that happens on the playground, and it is absolutely unacceptable when it's done by someone with no name hiding on the internet."

At the time, many were quick to point out the irony in her statement given that Donald Trump is infamously aggressive on Twitter in particular. Though the president is typically quick to tweet about award shows, he has yet to tweet about the SAG Awards and this particular moment — likely because of the ongoing government shutdown.

Lizzo
Lizzo Campaigns For Joe Biden in Moving Speech: "I Don't Wanna Go Back to the Way It Was"
by Chanel Vargas 14 hours ago

Healthy Living
With Reproductive Rights at Stake, Should You Be Stocking Up on the Morning-After Pill?
by Esther Bell 1 day ago
Latest News
×