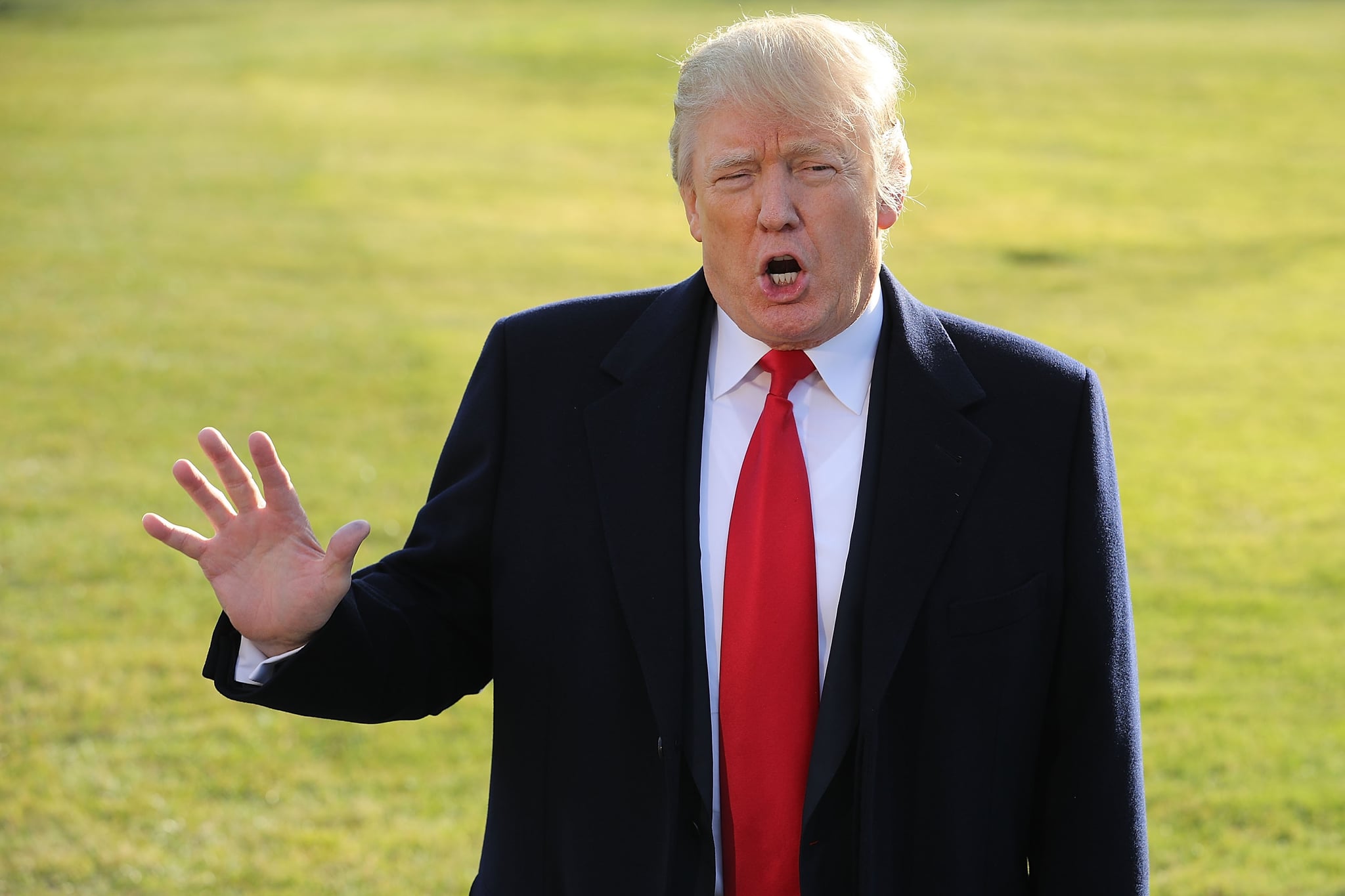 One of the most consistent aspects of the Trump era has been the president's use of often offensive and always overzealous nicknames. As we noted here six months ago, that bullying spirit is directed at anyone who gets in the way, one that brings down everything that the administration stands for to an almost unbelievably childish level. Not quite sure what we're referring to? Well, in order to show just how insane the whole thing really is, we've gone through all the Trump tweets and media appearances and come up with a list of what he's repeatedly called his least favourite people (and media outlets) over the past few years. Spoiler alert: judging by the latest addition — on Jan. 4, railing on former aide Steve Bannon as being "Sloppy Steve" — this trend shows no signs of stopping anytime soon. Ahead, read through the full extent of the madness — and be sure to check back on this story, as we'll be updating as new nicknames are added to his lexicon.

I told Rex Tillerson, our wonderful Secretary of State, that he is wasting his time trying to negotiate with Little Rocket Man...

I authorized Zero access to White House (actually turned him down many times) for author of phony book! I never spoke to him for book. Full of lies, misrepresentations and sources that don’t exist. Look at this guy’s past and watch what happens to him and Sloppy Steve!

The Russia hoax continues, now it's ads on Facebook. What about the totally biased and dishonest Media coverage in favor of Crooked Hillary?

Crazy Joe Scarborough and dumb as a rock Mika are not bad people, but their low rated show is dominated by their NBC bosses. Too bad!

How can FBI Deputy Director Andrew McCabe, the man in charge, along with leakin’ James Comey, of the Phony Hillary Clinton investigation (including her 33,000 illegally deleted emails) be given $700,000 for wife’s campaign by Clinton Puppets during investigation?

I hope the Fake News Media keeps talking about Wacky Congresswoman Wilson in that she, as a representative, is killing the Democrat Party!

Can't watch Crazy Megyn anymore. Talks about me at 43% but never mentions that there are four people in race. With two people, big & over!

The Failing @nytimes set Liddle' Bob Corker up by recording his conversation. Was made to sound a fool, and that's what I am dealing with!

The NRA strongly endorses Luther Strange for Senator of Alabama.That means all gun owners should vote for Big Luther. He won't let you down!

Elizabeth Warren, often referred to as Pocahontas, just misrepresented me and spoke glowingly about Crooked Hillary, who she always hated!

Cryin' Chuck Schumer stated recently, "I do not have confidence in him (James Comey) any longer." Then acts so indignant. #draintheswamp

Wow, did you see how badly @CNN (Clinton News Network) is doing in the ratings. With people like @donlemon, who could expect any more?

The real story on Collusion is in Donna B's new book. Crooked Hillary bought the DNC & then stole the Democratic Primary from Crazy Bernie!

Sen. Jeff Flake(y), who is unelectable in the Great State of Arizona (quit race, anemic polls) was caught (purposely) on “mike” saying bad things about your favorite President. He’ll be a NO on tax cuts because his political career anyway is “toast.”

When will Sleepy Eyes Chuck Todd and @NBCNews start talking about the Obama SURVEILLANCE SCANDAL and stop with the Fake Trump/Russia story?

LAST thing the Make America Great Again Agenda needs is a Liberal Democrat in Senate where we have so little margin for victory already. The Pelosi/Schumer Puppet Jones would vote against us 100% of the time. He’s bad on Crime, Life, Border, Vets, Guns & Military. VOTE ROY MOORE!

Word is-early voting in FL is very dishonest. Little Marco, his State Chairman, & their minions are working overtime-trying to rig the vote.

The Amazon Washington Post fabricated the facts on my ending massive, dangerous, and wasteful payments to Syrian rebels fighting Assad.....

The Failing New York Times has a new publisher, A.G. Sulzberger. Congratulations! Here is a last chance for the Times to fulfill the vision of its Founder, Adolph Ochs, “to give the news impartially, without fear or FAVOR, regardless of party, sect, or interests involved.” Get...

Healthy Living
After Testing Positive For COVID-19, Donald Trump Is Treated With This Experimental Antibody Cocktail
by Christina Stiehl 2 weeks ago
Latest News
×