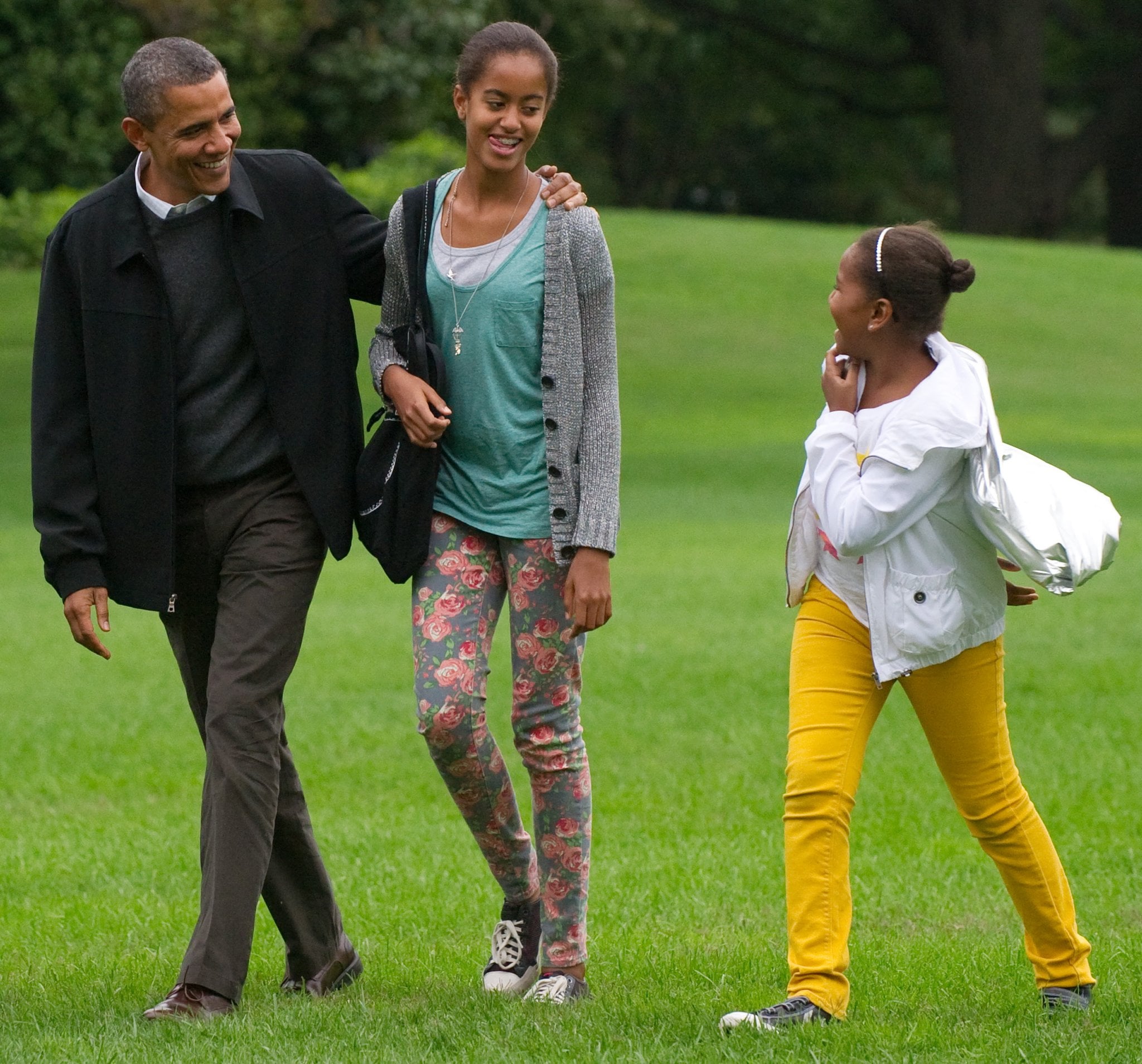 President Obama continues to stand up for women's issues in his last months in office, this time writing an essay in Glamour's September issue about feminism. In the moving piece, Obama touches upon how his experience being raised by women and having two daughters helped him understand how women face challenges that usually don't affect men. It's a significant message coming from a sitting president at a time when women still struggle for equal pay even though Hillary Clinton has become the first female presidential nominee for a major party.

Here are some of the highlights from the essay:

On how Michelle Obama balances her career and motherhood:
"I've seen how Michelle has balanced the demands of a busy career and raising a family. Like many working mothers, she worried about the expectations and judgments of how she should handle the trade-offs, knowing that few people would question my choices. And the reality was that when our girls were young, I was often away from home serving in the state legislature, while also juggling my teaching responsibilities as a law professor. I can look back now and see that, while I helped out, it was usually on my schedule and on my terms. The burden disproportionately and unfairly fell on Michelle."

On setting an example as a parent:
"As a parent, helping your kids to rise above these constraints is a constant learning process. Michelle and I have raised our daughters to speak up when they see a double standard or feel unfairly judged based on their gender or race — or when they notice that happening to someone else. It's important for them to see role models out in the world who climb to the highest levels of whatever field they choose. And yes, it's important that their dad is a feminist, because now that's what they expect of all men."

On the importance of men speaking up for women's rights:
"It is absolutely men's responsibility to fight sexism too. And as spouses and partners and boyfriends, we need to work hard and be deliberate about creating truly equal relationships.

The good news is that everywhere I go across the country, and around the world, I see people pushing back against dated assumptions about gender roles. From the young men who've joined our It's on Us campaign to end campus sexual assault, to the young women who became the first female Army Rangers in our nation's history, your generation refuses to be bound by old ways of thinking. And you're helping all of us understand that forcing people to adhere to outmoded, rigid notions of identity isn't good for anybody — men, women, gay, straight, transgender, or otherwise. These stereotypes limit our ability to simply be ourselves."

On Hillary Clinton being the first female presidential nominee of a major political party:
"No matter your political views, this is a historic moment for America. And it's just one more example of how far women have come on the long journey toward equality. I want all of our daughters and sons to see that this, too, is their inheritance. I want them to know that it's never been just about the Benjamins; it's about the Tubmans too. And I want them to help do their part to ensure that America is a place where every single child can make of her life what she will. That's what 21st century feminism is about: the idea that when everybody is equal, we are all more free."

Read the full piece on Glamour.