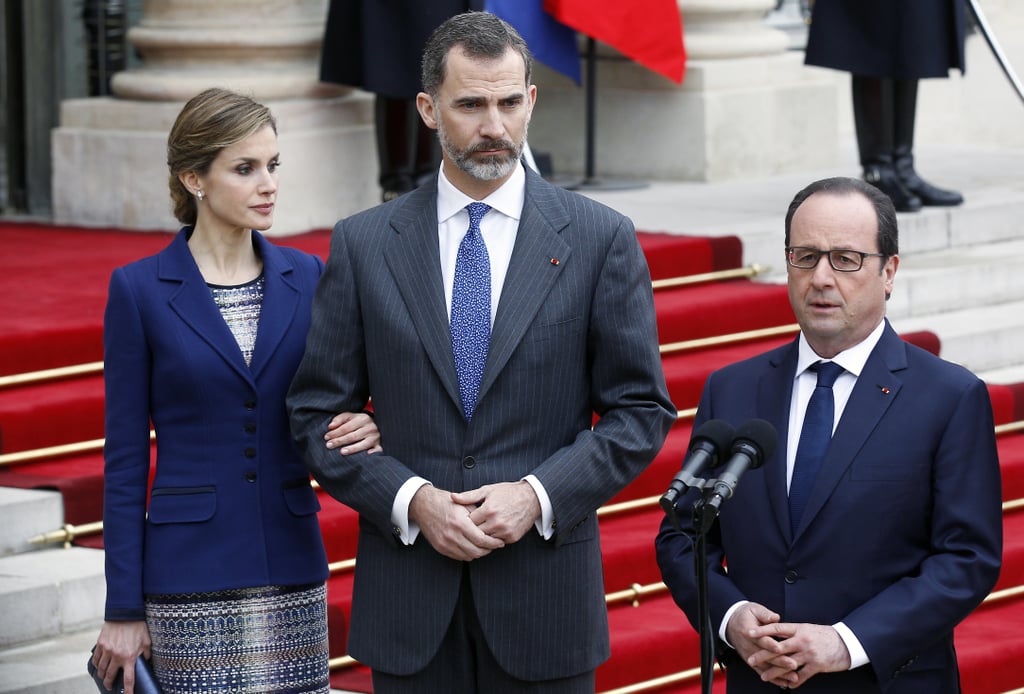 Minutes after King Felipe VI and Queen Letizia of Spain arrived in Paris, a German passenger plane crashed in southern France, prompting the Spanish royals to suspend their three-day state visit to the country. French President Francois Hollande welcomed the king and queen of Spain at the Élysée Palace on Tuesday, but both leaders approached the mic soon after they arrived to address the sad news. President Hollande, King Felipe VI, and Queen Letizia attended a crisis meeting at the Interior Ministry amid news reports, and in a statement, the French president said, "There were 148 people on board. The conditions of the accident, which have not yet been clarified, lead us to think there are no survivors . . . The accident happened in a zone that is particularly hard to access." Keep reading for pictures from the Spanish royals' arrival, then see new updates on the plane crash.