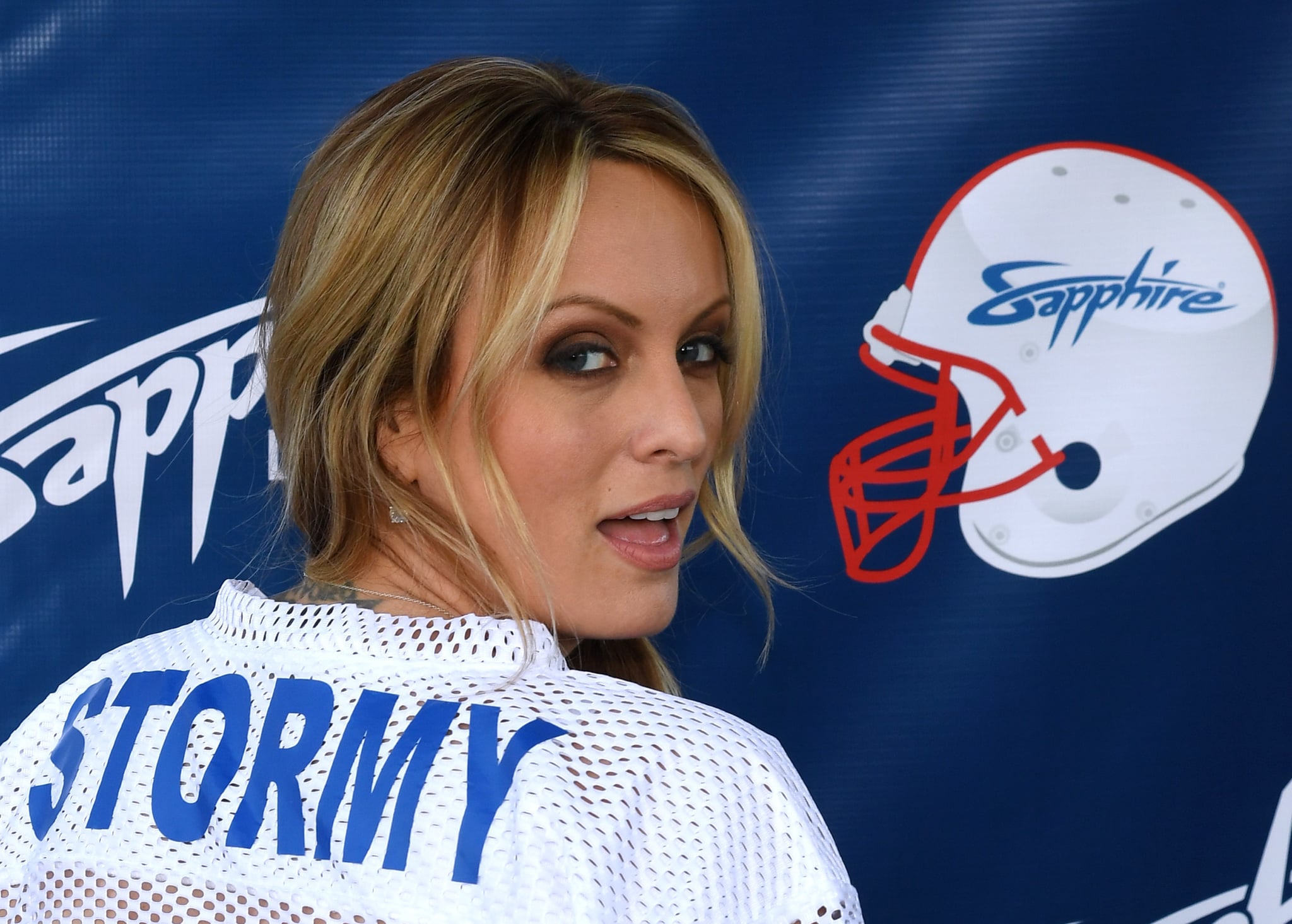 Despite the resignation of chief economic advisor Gary Cohn and the discovery that Kellyanne Conway violated the Hatch Act, President Donald Trump has asserted that "There is no Chaos, only great energy!" in his White House. Claims otherwise, he noted on Twitter, are fake news. It has been a peaceful week at the White House, as far as he is concerned.

But this statement is highly suspicious for myriad reasons, not least of which is that outside of the Cohn and Conway shenanigans, a Trump White House skeleton in the closet has reached out a bony hand to tap the president on the shoulder: Stormy Daniels, Trump's alleged mistress, is suing the president.

The lawsuit claims that the non-disclosure agreement between Daniels and Trump — a document made to keep their affairs hush-hush — is null because Trump never signed said document. The lawsuit also takes aim at Trump's lawyer, Michael Cohen, for repeated attempts to keep Daniels quiet without Trump's express permission or knowledge, despite being legally required to get the go ahead before taking such actions.

Above all, though, the suit seeks to absolve the chains around Daniels so that she can give her side of the story. The most interesting aspect of this lawsuit is that it is holding Trump's feet to the fire: if Trump did indeed leave the agreement unsigned, it would mean he couldn't "publicly disavow any knowledge of the Hush Agreement." In effect, Daniels's lawsuit is positioning the president to admit to a few things, as her lawyer — Michael Avenatti — told CBS News. "These are very simple questions," Avenatti said. "Did he sign the agreement, did know about the agreement, payment, etc? It doesn't take long to answer those questions." The answer to these questions will validate Daniels's story, allowing the truth to run free.

The ongoing dramatics between Trump and Daniels have been slow boiling, but may be approaching an eventual break, enabling the hot tea to actually be served. It also reveals Trump's love of pseudonyms: Daniels was known as "Peggy Peterson" while Trump was "David Dennison" in the legal documents. This is Trump's third notable pseudonym after "John Miller" and "John Barron," two other names used by Trump for decades to create generate favourable information on his behalf. Reporters who spoke with "Miller" and "Barron" noted that these spokespeople were "disturbing or even creepy."

Trump may continue to assert that all is well in Washington, but the barriers between fact and fiction are wearing progressively thin. It's only a matter of time before it completely falls apart — and the truth is finally put forth for the general public.

Toddlers
Exactly How to Talk to Your Kids About the Election at Any Age, According to Experts
by Sydni Ellis 10 hours ago