A TransAsia Airways passenger plane crashed into a river in Taiwan's capital on Wednesday, leading to at least 23 deaths. As the plane flew dangerously low, just over a highway, a dashboard camera inside a car captured shocking footage of the moment, and that dramatic video has been circulating around the web. In it, the plane is seen barely missing a building and clipping a wing before going into the water. There were 53 passengers and five crew members on board, and as rescue efforts continue, it's been reported that 15 others were injured and the remainder are unaccounted for. 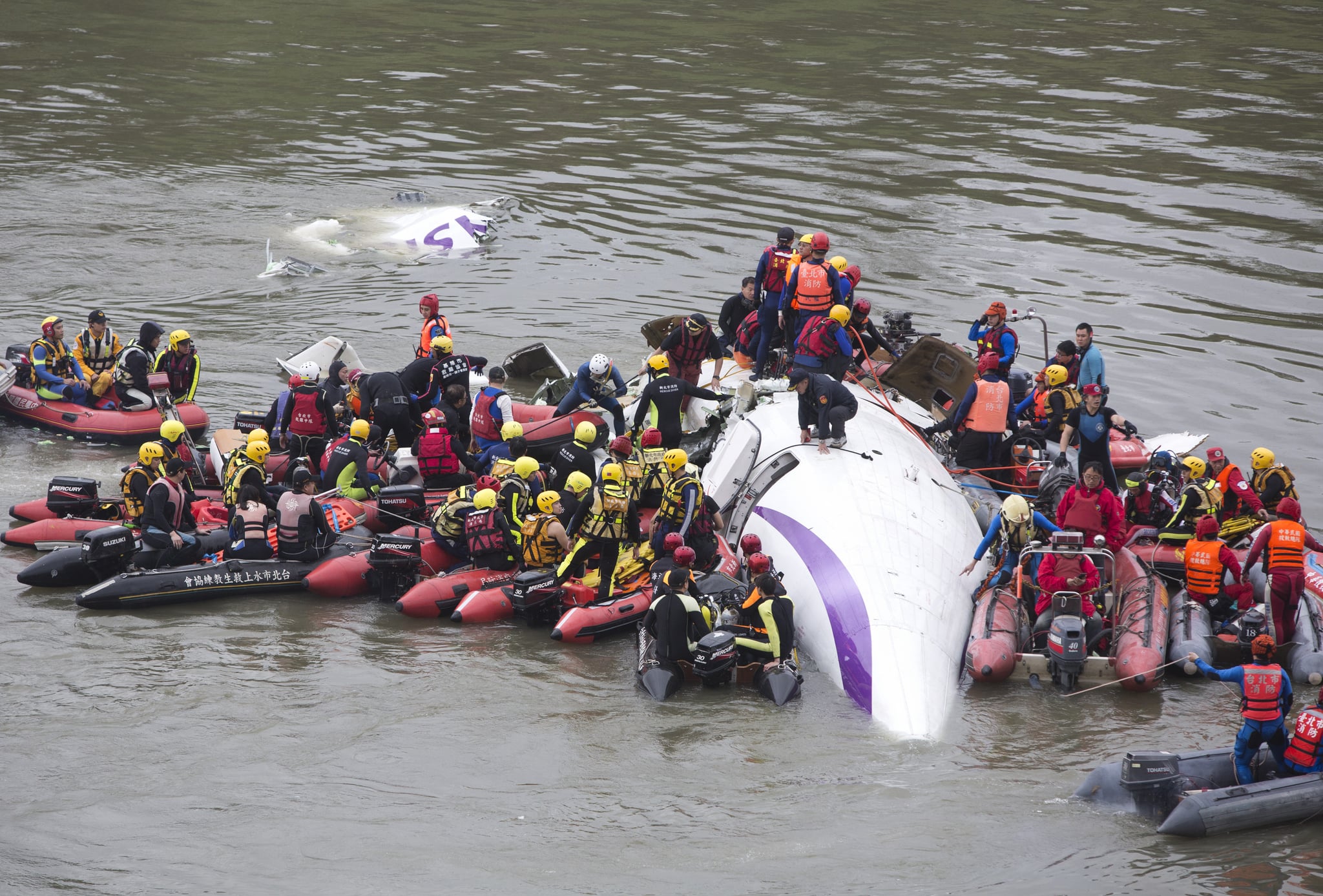