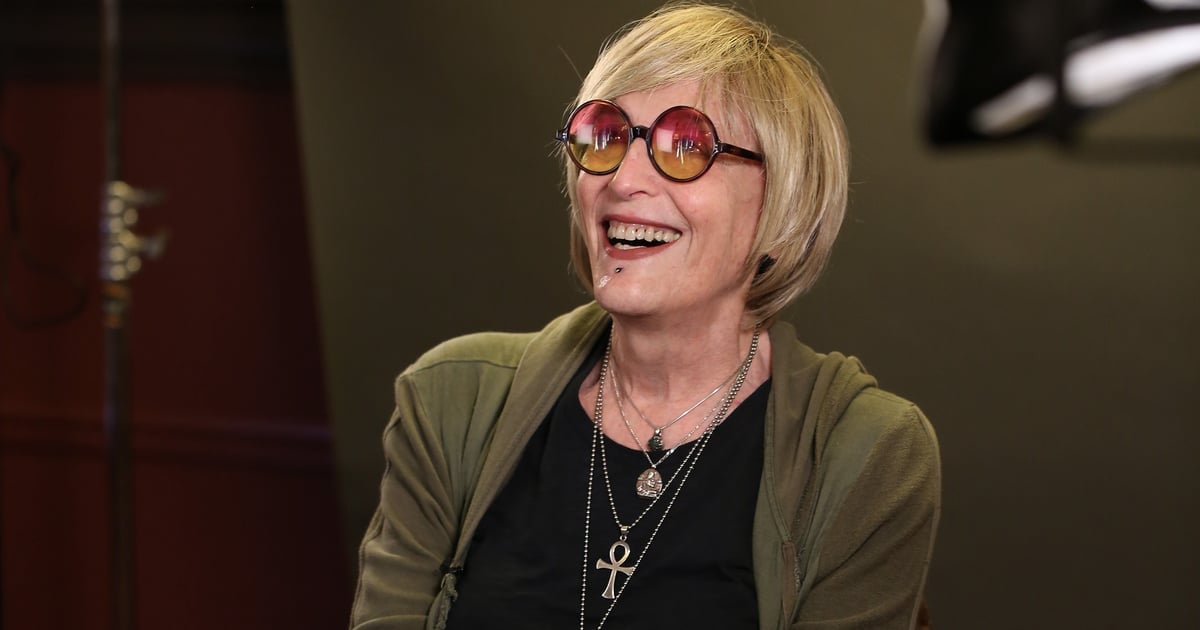 In her 1994 book, Gender Outlaw: On Men, Women, and the Rest of Us, Kate Bornstein wrote, "I know I'm not a man . . . and I've come to the conclusion that I'm probably not a woman, either." With those words and the subsequent pages, my entire view of gender was radically and irrevocably altered.

Gender: it suddenly became something mutable, not bound by body parts or historical norms. The implications of our gender, the expectations we put on it, are artificial — they're man-made, if you will.

In just the last few years, we've seen a shift in how the public thinks and talks about gender. The notion that it doesn't exist as a simple binary of male and female has finally entered the public consciousness; in essence, after more than 30 years of writing and performing, we've caught up to Kate and her work. This has been reflected in our language as words like nonbinary and genderqueer have entered the common vernacular. (Kate uses both she/her and they/them pronouns.)

These words are new to many people, but it's important to note that the experience of nonbinary people is not. Gender-nonconforming people have always existed, and many cultures around the world, past and present, recognise gender nonconformity. Even in the United States, the Mahu, roughly translating to trans, are those who don't conform to traditional gender norms in Hawaiian culture.

Now in her 70s, Kate hasn't stopped engageing with her gender, or yours, and she hasn't stopped insisting that as life-defining as gender often is, you can still have a sense of humour about it all. "Gender is a playground," she said. It's supposed to be fun.

Jeffrey Masters: You've been writing about gender and being nonbinary for almost 30 years. I'd forgotten that you weren't always embraced by the trans and larger LGBTQ community.

Kate Bornstein: I'm still not embraced by the larger LGBT and trans community. I think I'm celebrated as an elder. I feel very warmly about even people who are upset with me because you go, "Oh, isn't that sweet?" They're working as hard as they can and they do not see yet what I've been trying to say for quite a while, that there's more to gender than two.

JM: I'm surprised you say that because for so long your writing about gender as a spectrum was considered a theory, and today we talk about it as fact.

KB: More and more people do talk about gender as a spectrum, but when we get into the notion of a spectrum, that's still two-dimensional thinking. There's a third dimension of gender: imagination. This puts gender beyond male and female, and then if you really want to get tricky and talk about gender fluidity, then we're talking four dimensions because we have to add time.

People talk about gender as if it is unchanging over time, but we're always changing our gender, and the problem is people think gender is the same all the time for everyone.

JM: And your thinking on that has evolved, right? You used to write that everybody's gender was outside of a binary, but you've changed on that.

KB: Well, I still think that. It's paradoxical. Yes, everybody's outside the binary because the binary is a construct, but the truth is many, many people are binary-identified. That doesn't mean they're not outside the binary. It means they've made the decision to act and live and be in a binary.

JM: Because that is what is comfortable.

KB: Of course, and that I never had objections to. What I have objections to is that holding sway over people who don't want that.

JM: What is the argument against your work? You've said that you've been denounced over and over by the trans community.

KB: I take up a lot of space. What I say is assumed to be true for a whole lot of people, and it's not. I've tried to make that point, but that's not heard. So, "You're spoiling it for the rest of us" is a common problem in any area.

JM: Yet I do hear the younger segment of the population confirming everything you're saying and repeating it back.

KB: I agree. There's a large number of young folks that I just go, "Oh, baby, I love you so much. You are living the life I've always wanted to live." Remember the people we hang out with are not the majority of the people in the world. We've still got a long way to go.

There's an idea that trans is somehow monolithic. When I was coming out, when I was exploring all this stuff in the '80s, to be a real transsexual in those days, you needed a medical stamp of approval, which included hormones and surgery. Then you were a real transsexual.

The word transsexual was really excluding people, so we started using transgender to include anyone who was fucking around with gender at all.

The great stride that transgender people have made is that it is no longer tied to a medical decree. It doesn't need hormones, doesn't need surgery. So we've improved light years from when I was going through this.

JM: While we're talking about language, have your feelings on the word tranny evolved? I know that's how you self-identify.

KB: Yeah. I don't insist on it with people anymore. I know that it can be triggering in the old sense of the word trigger, in that people who have been traumatized, when they hear the word tranny mixed with anger or even not. To those who are upset by it now, my sincere regret to hear that you've been traumatized.

JM: I think that the unfortunate part is that the origin of the word and what it communicates comes from a beautiful place. It was not always a hateful word.

KB: The word tranny was coined in the late '70s in Sydney, Australia when the only work that trans people could get was at the drag bars. Nobody would hire trans people. They were transsexuals, transvestites, street fairies, and the only way they could make a living was in the economic matrix that is the drag bar. Butch women would be bartenders and introduce the act. Street fairies would hand out flyers and get paid for that. There was a hierarchy in there, but they all got together.

If you remember Priscilla: Queen of the Desert, the animosity of the transsexual and the drag queen. That's been going on for a long time, but what they realised is that we're family and we need a family word.

Australians don't like words longer than two syllables: Australians becomes Aussies. Sunglasses become sunnies. Barbecues become barbies. Transpeople became trannies. It was that simple. So, they were trannies. It was family. That would calm things down. They'd go, "OK. We're family." It's how many people use the word trans now.

JM: As an umbrella term?

KB: Yeah, as an inclusive term. Now the wonderful drag queens of the day started moving to the States. Doris Fish, in particular, in the early '80s brought the word with her. Transvestites, transsexuals, butch women, passing women. We're all trannies together.

Now does that mean that it is not a hate word today? No, it is a hate word today. What I ask is that when trans people hear me use the word tranny, give me the benefit of the doubt. I'm not saying it with hate or anger or despair.

JM: What do you think is next? What does the future of gender look like?

KB: The future of gender is its dissolution. The word nonbinary is heralding that.

The nature of the binary is the nature of a battlefield. It can't be anything else. That's what happens when you have either/or. Saying, "You're making more money per hour than I am," is crossing the line and it's seen as an attack. Any kind of going to the other side is presumed as an attack. Binary is any phenomenon defined by two and two only components. What we have now is a polynary.

JM: You transitioned many years ago in the binary sense, from male to female. Had you not done that, do you think you would've been able to say as definitively as you did, "I'm not a man. I'm not a woman."

KB: I've thought about that. You think about what if, what if, what if. Gender expression and gender identity: two totally different things. My gender identity is not man, not a woman. My gender expression is "pretty girl." I like being pretty. I like being sexy. It's just so satisfying. I like to make people smile. I like to make people wink at me. I think that's just wonderful and I can still do it as a cute little old lady.

But if I had gone for my gender expression in the '80s, the only place for me — and this is where class enters into gender--would have been on the street. I'm nonbinary. I'm not genderqueer. I'm not visibly trying to mess up the signals because my gender expression is girl. Because I was coming out of the middle class when I went through with my transition, I would have been able to continue working in phone sex, but that really didn't pay the rent. It was hard to find a job looking "Not man, not woman."

Back then, the response to "Not man, not woman" was "Well then, what are you?" And I'd say, "No, I'm not man. Not woman." Someplace in the Midwest, we did this back and forth for three or four minutes. The future of gender is when with that question, you go, "Oh. OK." That's the future of gender. It doesn't mean everybody is "not man, not woman". It just means, "Oh, I get it. Sure, no problem."

This interview has been edited and condensed. Listen to the full interview with Kate Bornstein on the LGBTQ&A podcast. 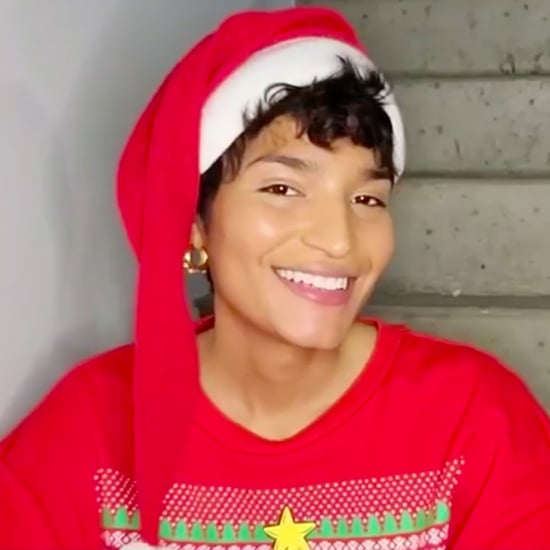 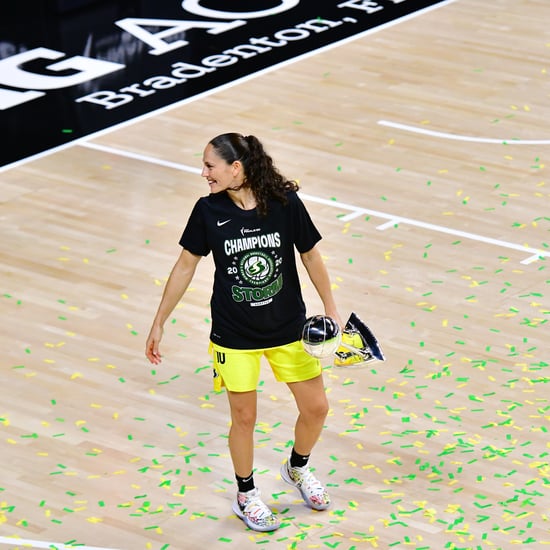