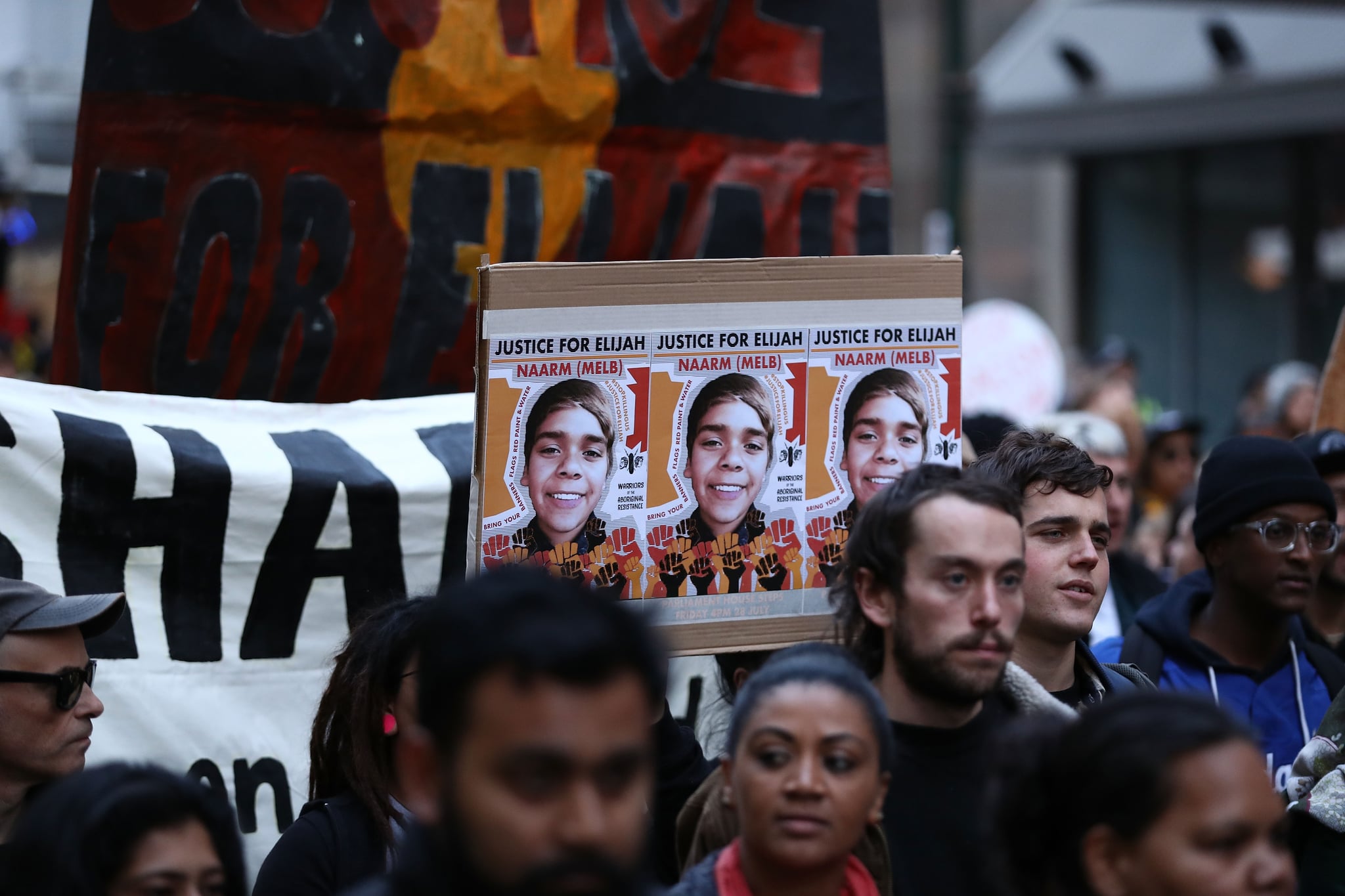 Sarah Whyte is a Walkley Award-winning ABC journalist who will be covering the big issues for POPSUGAR Australia. You can tweet her @SarWhyte.

In August last year, a 14-year-old indigenous boy was hit and killed by a ute in the West Australian gold mining town of Kalgoorlie. His name was Elijah Doughty.

He had been riding a stolen motorbike in Gribble Creek, just outside the town when he was hit by a four-wheel drive car driven by a 56-year-old white man who worked in the mines. The man was in the reserve looking for a motorbike that had been stolen from his property the night before.

According to the court case, the man saw the bike and started to pursue the young guy in his ute, getting closer and closer until Elijah was run off the road and killed.

Kalgoorlie is about 600 kilometres east of Perth and within days of Elijah's death there were mass protests in the gold mining town where more than 300 people gathered, throwing bottles and stones. The Kalgoorlie courthouse was stormed and a few days later the man's house was burned down, but no one was charged. At the time, Kalgoorlie was labelled one of the most racially-divided towns in Australia.

As the trial started, many in the community were hoping that the man responsible for Elijah's death would be held accountable, and that it would provide closure. It didn't.

The court case heard that the man had gone to the reserve to try and find the person who stole his motorbike. "I was hoping that he would take off into the bush and fall in there," the man said in the police interview played to the jury.

The court was shown the horrific injuries that would have caused Elijah to die immediately, the forensic pathologist even holding up a plastic skull to show how it would have been damaged at the impact of the two-tonne ute hitting Elijah.

By all accounts people were expecting the 56-year-old driver to be charged with murder but instead, after six-and-a-half hours of the jury deliberating on the verdict, he was only sentenced to three years jail for dangerous driving causing death in the Perth Supreme Court. He was also cleared of manslaughter.

Why the Sentence Was Slammed

Protests erupted around Australia as indigenous elders, activists, human rights lawyers and members of the public took to the streets to demand justice for Elijah.

I was at one of the protests in Sydney and the crowd was angry, hurt and in disbelief. It was also so sad — people were crying as they held banners demanding justice, and chanting, "What do we want? Justice! When do we want it? Now!"

In the crowd people were asking, "How could this man have gotten off a murder charge — even manslaughter?" I spoke to a few people at the rally and some seemed optimistic that change was happening and their voices were being held, while others were in disbelief that something like this could still happen in Australia.

At the end of the protest in Sydney, participants smudged red ochre handprints across the NSW supreme court. Lawyers for Elijah Doughty are now preparing to lodge a complaint with the Human Rights Commission about the police investigation into the boy's death.

On Thursday, hundreds of community lawyers met with federal politicians about overhauling the justice system in Canberra. It came as the Office of the Director of Public Prosecutions in WA said that they won't be appealing the sentence for the man who was accused of killing Elijah.

There's no doubt these latest protests have sparked a "Black Lives Matter" momentum similar to what we've seen in the United States, and a couple of weeks ago comedian Chris Lilley was slammed for posting a short video on Instagram that showed him wearing blackface. He apologised soon after and deleted the post, but many felt that in the current racial atmosphere, an apology after the fact was not good enough.