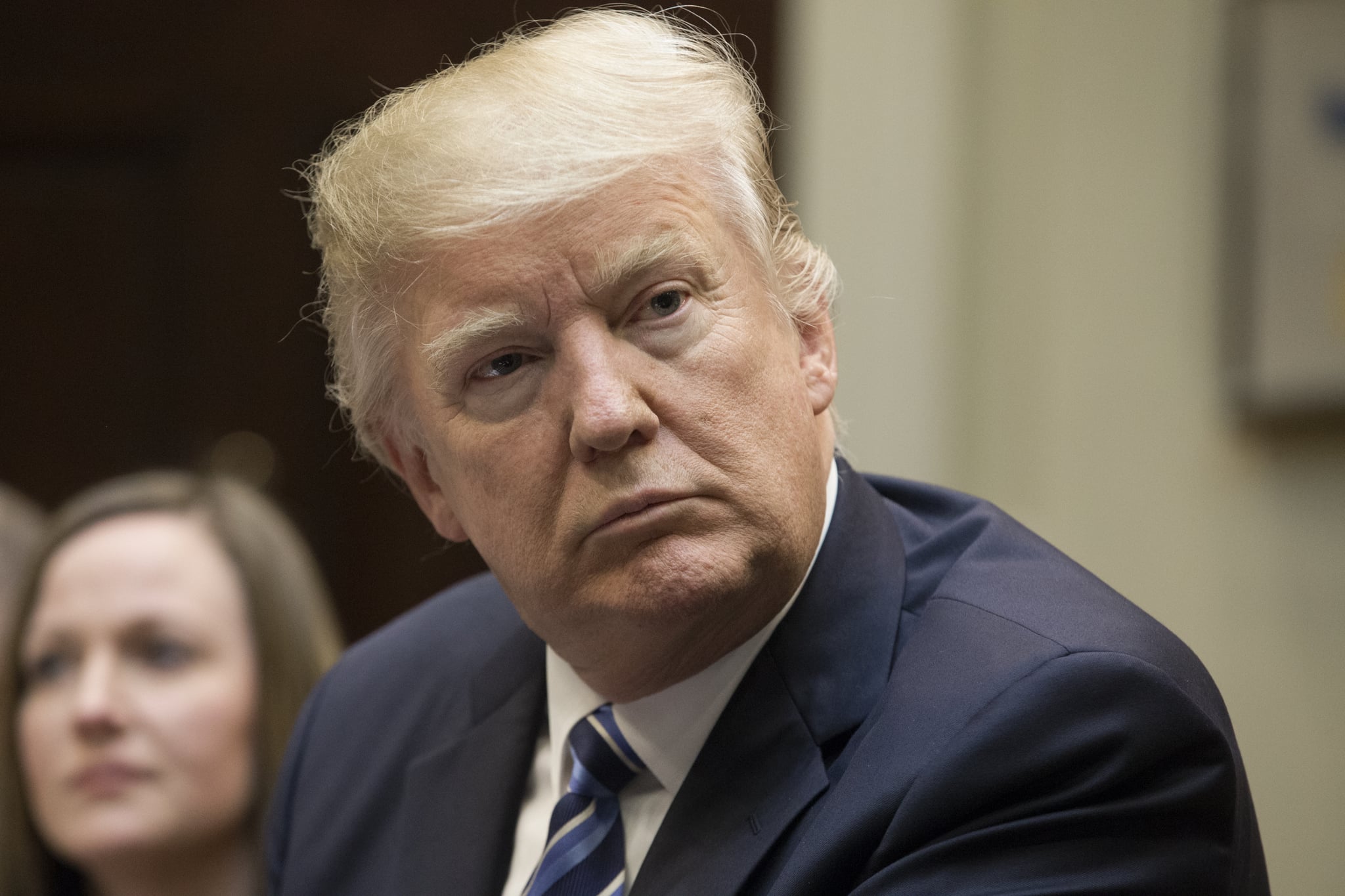 On Tuesday, March 14, The Rachel Maddow Show announced that it had procured part of President Donald Trump's 2005 federal tax return — and on that evening's episode, Maddow raised serious questions about Trump's potential entanglements with Russia and Turkey before delving into exactly what the newly uncovered document reveals.

The 1040 form shows that, while Trump made $150 million in 2005, he and Melania Trump paid only $5.3 million in federal income tax — less than 4 percent of their income. They did also pay $31 million in alternative minimum tax, which Trump has argued for abolishing.

Maddow says her team procured the document via Pulitzer Prize-winning investigative reporter David Cay Johnston, who says they mysteriously showed up in his mailbox. Appearing on the show, Johnston suggested that Trump himself — or someone close to him — may have even planted the documents, perhaps to reveal his outsize income or to assure Americans he did, in fact, pay some tax. Trump remains the first president since the Watergate era to refuse to turn over his tax returns.

The White House issued a strongly-worded statement about the returns before the show even aired:

After reading the statement on the air, Maddow quipped: "It is not illegally published. Nor are we fake. Pinch me! I'm real!"

Earlier in the show, Maddow argued that the obscurity of Trump's tax information should matter to all Americans. Specifically, she asked viewers to consider why, in 2008, Trump sold his Palm Beach home to Russian oligarch Dmitry Yevgenyevich Rybolovlev . . . for nearly twice as much as he had paid for it, at a time when home values in the area were dropping. Maddow argued that, if this was something less sinister than a money dump from a foreign interest, Trump should prove it. She also cited reports claiming that Rybolovlev's private plane was spotted in the locations of two different Trump campaign events in 2016.

Earlier that Tuesday afternoon, Maddow herself set the internet ablaze when she tweeted the following:

The actual reveal may have been a letdown for those expecting more complete — or more recent — Trump tax documents to be revealed and more damning information to come to light. But Maddow made a strong argument that it's a story that journalists must continue to pursue and that citizens won't stop caring about. "There's more where that came from," she said at one point, holding up the document.

"There looms over all of this, the bigger existential concern," she said, "that this president might be financially beholden to an individual, to an institution, to a country."