Mark your calendars and set your alarms now, space buffs, because a rare celestial event is taking place later this month. On Jan. 31, a so-called "Super Blue Blood Moon" is set to appear, as a supermoon, blue moon, and total lunar eclipse become visible at the same time. Talk about a triple threat — or shall we say triple treat, because it'll be quite the breathtaking sight to behold.

So what exactly does this "Super Blue Blood Moon" entail? Let's break it down. A blue moon is basically just a fancy way of saying the second full moon of the month, and on Jan. 31, it will be "totally eclipsed" as it takes on a red hue (hence the term "blood moon") while perfectly aligning with the sun and Earth. To top things off, the blue moon will also technically be a supermoon because it'll orbit closer to Earth than usual, causing it to shine about 14 percent brighter than usual, according to Space.com.

Related:
10 Stunning Space Photos That Will Make You Rethink Your Existence

This is the first time in more than 150 years that the trifecta of events will coincide, so it's certainly a worthy cause for waking up early to admire it.

Speaking of admiring it, not everyone will be able to see the entire eclipse in person, as viewing will be best in the West. "If you live in North America, Alaska, or Hawaii, the eclipse will be visible before sunrise on Jan. 31," NASA said in an official release. "Unfortunately, eclipse viewing will be more challenging in the Eastern time zone. For those in the Middle East, Asia, eastern Russia, Australia and New Zealand, the 'super blue blood moon' can be seen during moonrise in the morning on the 31st." The graphic below outlines the eclipse's timeline. 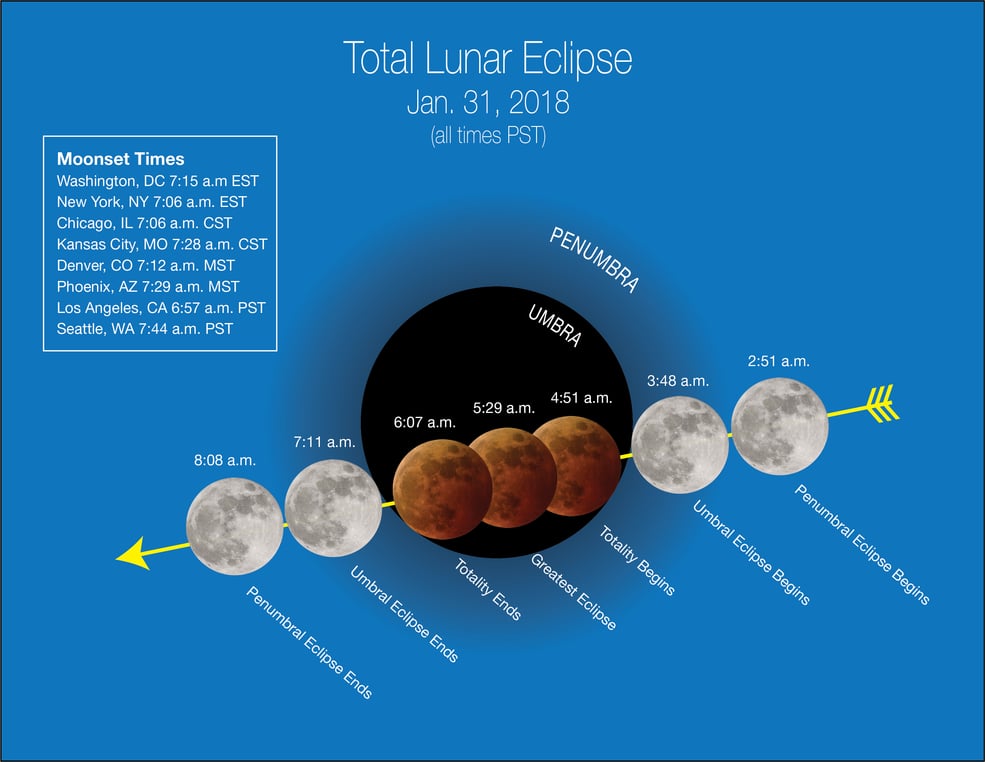 You can use this interactive map to see if your city will experience the eclipse in all its celestial glory, and if you don't live in an ideal area to admire it, you can still get in on the action by watching it live via NASA or The Virtual Telescope Project. 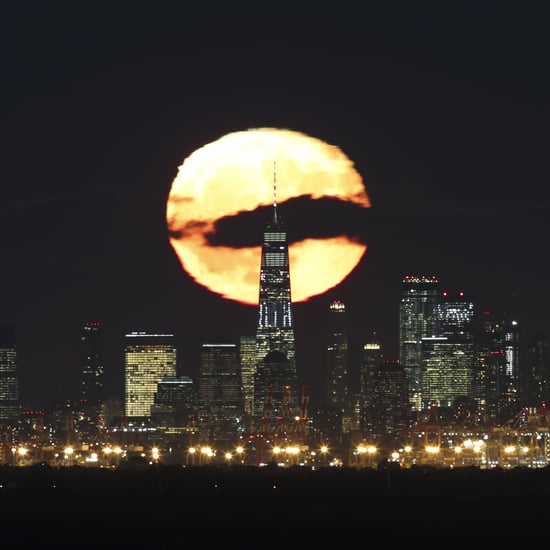 Tech
This Year's Harvest Moon Is on Friday the 13th, So I'm Obviously Spooked
by Danielle Jackson 13/9/19
Latest News
×