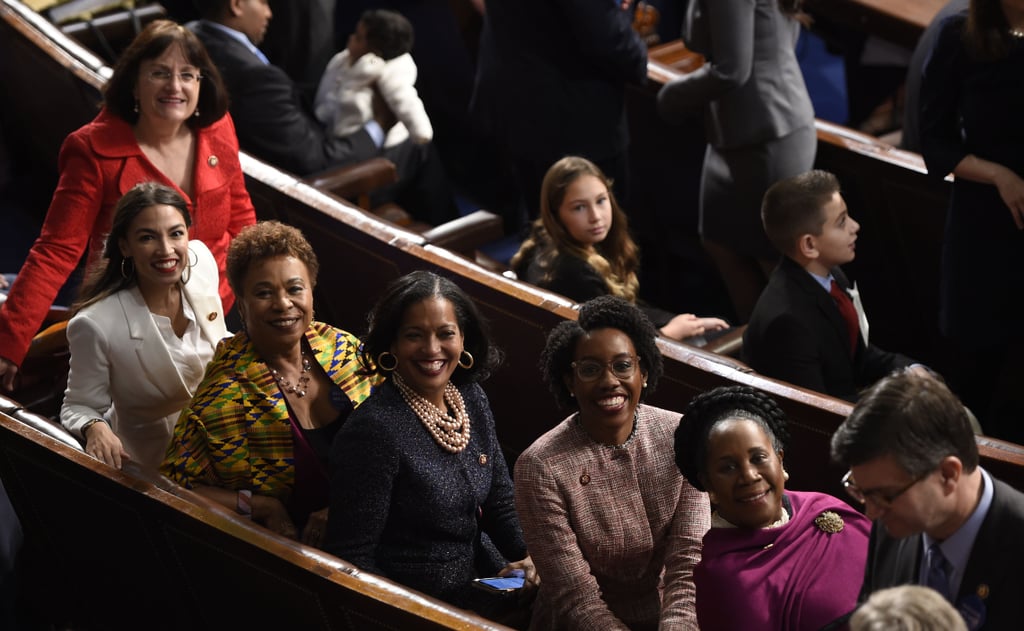 The 116th US Congress is officially sworn in, and it looks a little different this year. A record number of women — 125, to be exact — hold seats in Congress, and they're making a major wave of representation. The newly elected group of leaders includes the first two Muslim women in Congress, the first Native American women in Congress, and the first black congresswomen for several states. On Jan. 3, the swearing-in ceremony took place on Capitol Hill in Washington DC, and you can feel the powerful moments through the poignant photographs. See inspirational photos of just some of the women making changes ahead, and then read up on how they can really affect politics for the better.