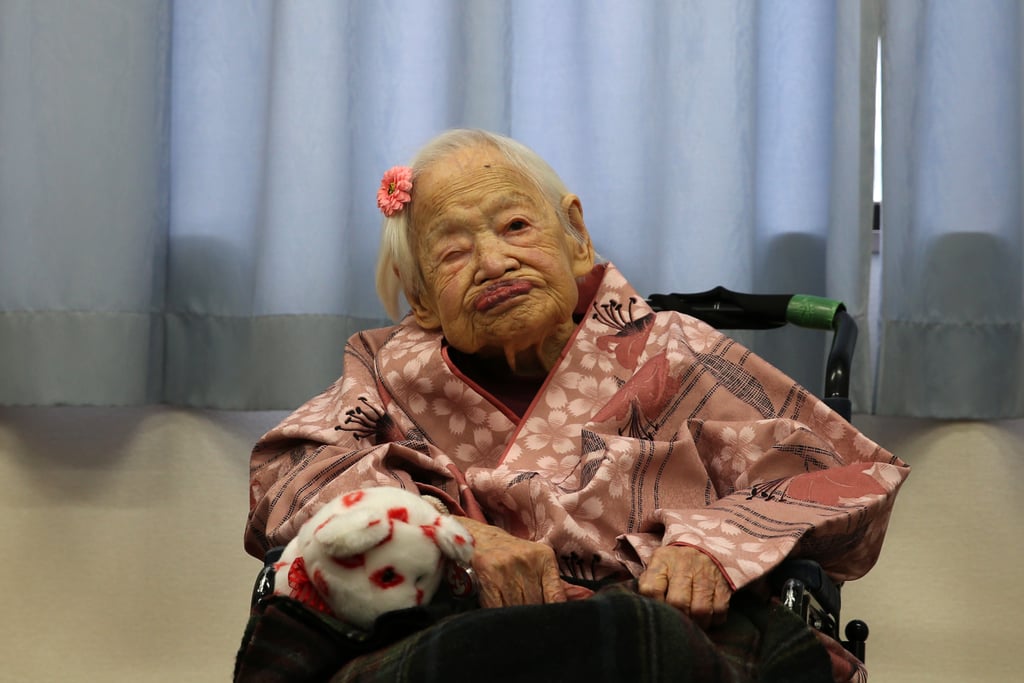 Japan's Misao Okawa was born on March 5, 1898, and today, she celebrates her 117th birthday as the world's oldest living person. She was surrounded by her family for this week's special birthday festivities, which were televised in Japan. Although Misao joked that she wonders about the secret of longevity, she's said in the past that the key is eating sushi and sleeping for at least eight hours each night. Her husband passed away back in 1931, but she has three children, four grandchildren and six great-grandchildren, and she's held the title of world's oldest living person since June 2013. Happy birthday, Misao Okawa!