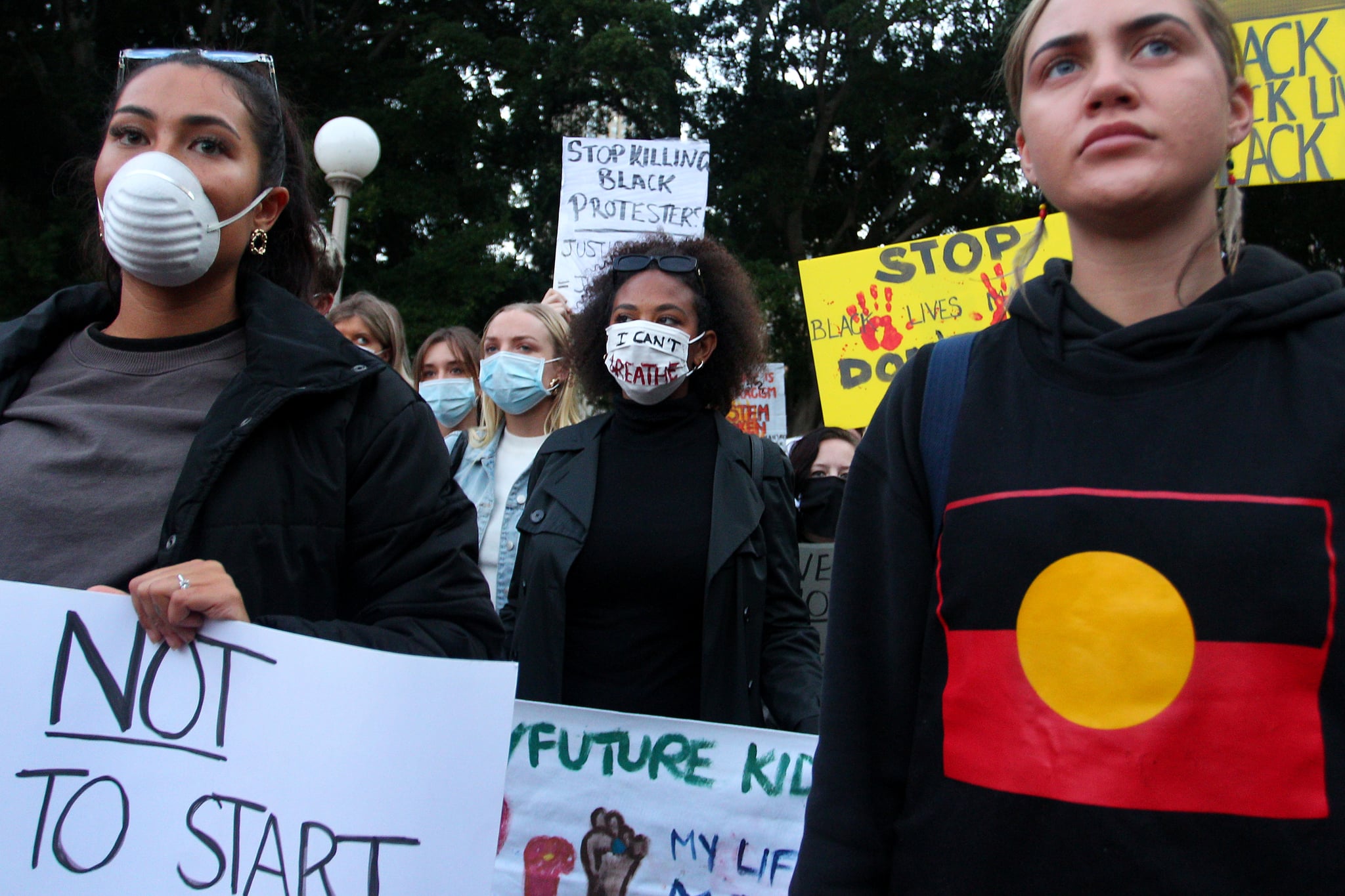 The ongoing protests in the USA this week were spurred on by the arrest and murder of George Floyd, an unarmed Black man, by police officer, Derek Chauvin, in Minnesota. Onlookers captured on camera Chauvin pressing his knee into Floyd's neck for eight minutes and 46 seconds, as Floyd pleaded that he couldn't breathe. "I can't breathe" has become a rallying cry across the States.

The moment — one in a long line of Black deaths at the hands of police officers which sparked the #BlackLivesMatter movement — illuminates similar issues in Australia.

Dunghutti man David Dungay Jr. was three weeks away from being released on parole when he died in Long Bay Prison hospital in 2015. He was moved to an observation cell and restrained face down by up to five people, where he too was filmed yelling, "I can't breathe." Since the Royal Commission Into Aboriginal Deaths in Custody from 1987 to 1991, at least 432 Aboriginal people have died in custody, according to analysis from The Guardian.

And all of these statistics are on top of Australia's history of invasion, violent dispossession and genocide of Aboriginal and Torres Strait Islander peoples.

But feeling overwhelmed is not an excuse to do nothing — we need to listen to and amplify Black voices, and work to educate ourselves, at a minimum. You can also donate to organisations in support of racial justice in the US and in Australia.

Beyond that, following marches in Sydney and Perth earlier this week, there are major protests taking place across the country this weekend, both in solidarity with the ongoing demonstrations in the USA, and to highlight the issue of Aboriginal deaths in custody in Australia.

Related:
We Must All Talk About White Privilege

Here's where you can go to protest with members of the Aboriginal community this weekend — so long as you are feeling well, and maintain a safe 1.5 metres of distance from each other.

Stop All Black Deaths in Custody: Vigil for George Floyd

When: June 6 at Parliament House from 2 p.m.

When: June 6 at Victoria Square (Tarndanyangga) from 12 p.m.

When: June 6 at Byron Bay Recreation Grounds from 2 p.m.