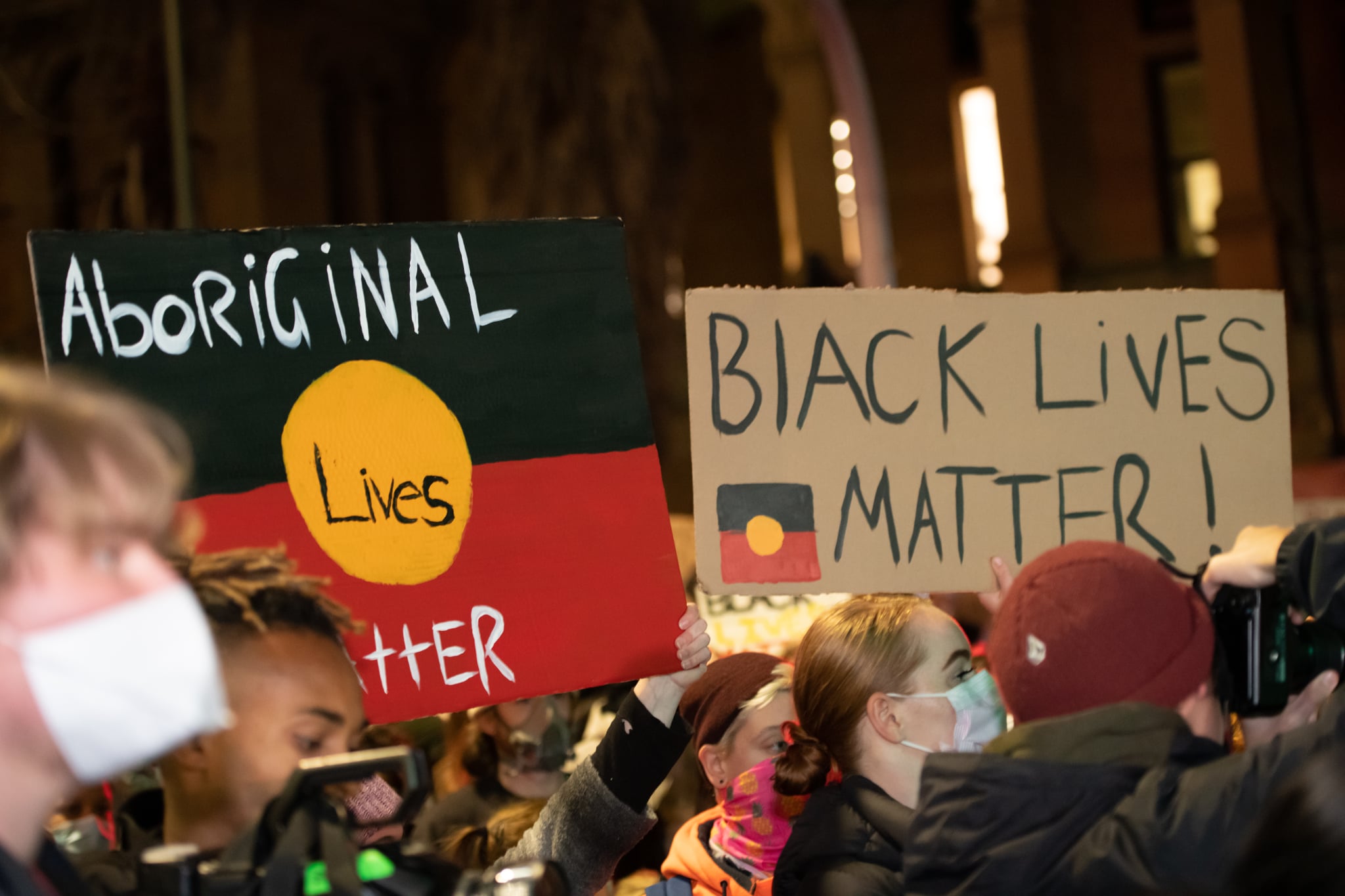 As we watch what's unfolding in the United States, we can't help but reflect on what's going on in our own country. The protests sparked from the death of George Floyd at the hands of police have illuminated the history of systematic racism, oppression and discrimination that still goes on on Australian soil, and it's about time.

Since the Royal Commission into Aboriginal Deaths in Custody ended in 1991, more than 400 First Nations people have died while in the hands of police. Not once has there ever been a single criminal conviction for any of the officers involved, nor has anyone ever been held criminally responsible.

Now, more than ever, you might feel at a loss on how to support our First Nations people during this very real and raw time. Below is a list of organisations committed to tackling the systemic injustice and racism within the Australian legal systems and Government institutions, as well as the oppression of Aboriginal and Torres Strait Islander peoples.

Related:
Where to Protest for George Floyd and Against Aboriginal Deaths in Custody This Weekend

The National Justice Project is a civil rights organisation dedicated to tackling systemic injustice and racism within government institutions. It provides a targeted health-law service for First Nations peoples and communities who have experienced discrimination in healthcare or medical negligence, and has also campaigned against the unlawful treatment of refugees in Australia's offshore detention camps.

The Healing Foundation is a national Aboriginal and Torres Strait Islander organisation that partners with communities to address the ongoing trauma caused by actions like the forced removal of children from their families.

Founded in 1970 as a response to the forced dispossession of Aboriginal land across NSW and the ACT, the ALS now does legal work in criminal law, children's care and protection law and family law. They also support the development of wraparound programs and undertake broader policy and law reform work.

Change the Record is Australia's only national Aboriginal-led justice coalition of Aboriginal peak bodies and non-Indigenous allies. They're working to end the incarceration of, and family violence against, Aboriginal and Torres Strait Islander people.

Sisters Inside provides comprehensive, holistic support for women and girls from marginalised communities who have been imprisoned and criminalised. They also campaign to address the factors that have led to the drastic overrepresentation of First Nations women in Australia's prisons.

Common Ground's mission is to help Australians see the value of Aboriginal and Torres Strait Islander cultures through providing access to engaging and authentic content that will help bridge gaps in knowledge.

Related:
100+ Books by Black Women That Should Be Essential Reading For Everyone

Grandmothers Against Removals (GMAR) is a grassroots group led by Aboriginal grandmothers, helping to support those affected by and bring an end to the forced removal of First Nations children from settlements across Australia.

Tanya Day died in the custody of Victorian Police after she was taken into custody for the offence of 'public drunkenness' in December 2017. A series of ultimately fatal falls went ignored by the officers who were holding her. This fund helps fund the campaigning and media work to try and expose the circumstances of her death in custody through an inquest hearing.

In December 2015 while being detained by six corrective services officers at the Long Bay Gaol in Sydney, David Dungay died in similar circumstances to George Floyd. The officers, who were caught on camera pinning Dungay to the floor despite his repeated cries that he couldn't breathe, were acquitted of any wrongdoing by a NSW coroner's inquest. A campaign has now been made to the Director of Public Prosecutions to find out if the officers involved will be held criminally responsible.

Kumanjayi Walker, a 19-year-old Warlpiri Aboriginal person, was shot dead by police during an arrest for a breach of parole on November 19, 2019. The funds raised through the campaign will be withdrawn by Lisa Watts directly, and will be used to pay for lawyers to travel to Yuendumu to facilitate an independent inquiry into the shooting.