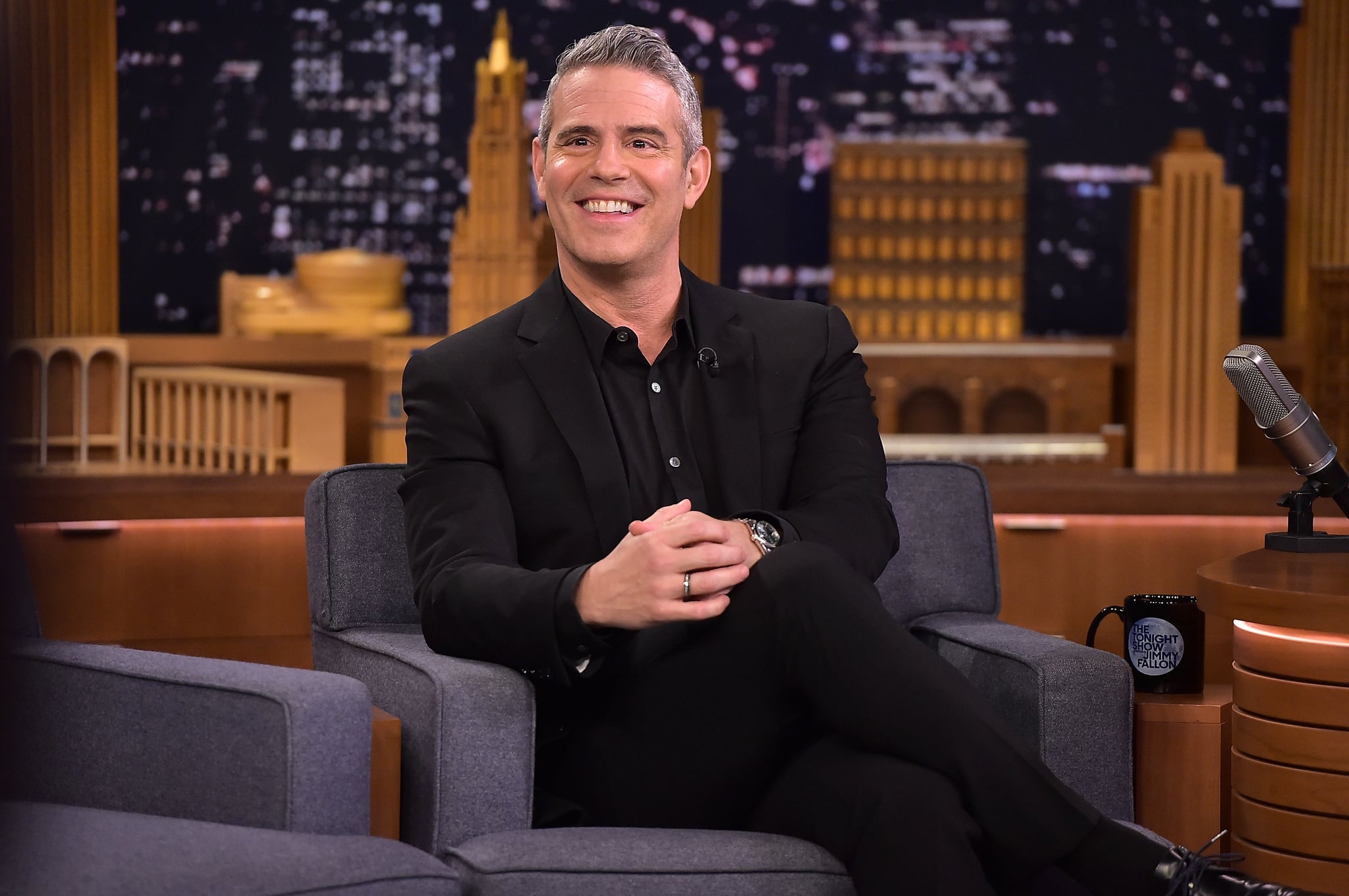 At 51 years old, Andy Cohen is f*cking everywhere. Blessed with what appears to be boundless energy, the Watch What Happens Live With Andy Cohen host, radio personality, brand-new single dad, and overall icon shows absolutely no signs of slowing down. As a 27-year-old who grew up entirely addicted to the Bravo network — and someone who still desperately wants to be on The Real Housewives of New Jersey — Andy Cohen's measured voice has always been a presence in my living room. While Bravo's eclectic cast of characters is ever-changing, there's one constant: Andy. We caught up with him while he was on a break from filming a new Lipton campaign to discuss how truly rewarding fatherhood has been for him, and yeah, he's feeling pretty incredible.

From the get-go, Andy had a strong feeling that surrogacy was going to be his best route. After going through an organisation that helped him select an egg donor and surrogate, he was ready to take fatherhood by the horns. "Having a child was somewhere in my head, but I was never ready," Andy told POPSUGAR.

"So then I was turning 50, and I was like, 'Okay. I'm economically at a place where I need to be where I can give him or her the best life," he explained. "And I'm emotionally in a place where it's now or never. And I just realised I was ready to go."

On February 4, 2019, Andy welcomed his son — Benjamin Allen Cohen — into the world. Named after Andy's grandfather and equipped with a full head of gorgeous brown hair, the new dad bonded with his son immediately during their first skin-to-skin moment.

"It was incredible. I mean, his eyes were open. He was so alert. He was not crying. He was looking at me, and he was looking around the room. He was observing. He was like, 'Where am I? Who is this? This is interesting,'" said Andy. "But he was real laid back about it."

"His eyes were open. He was so alert. He was not crying. He was looking at me, and he was looking around the room. He was observing."

Benjamin's cool disposition is an interesting change of pace for the Bravo personality, who describes himself as "hyper." Now, Andy's focussed on balancing work and parenting duties, but rest assured, he's killing it. "I'm taking it day by day," said Andy. "I have amazing help because I am a single parent. And every day's different," he said. "I was at the radio all morning, ran home for an hour to be with him. Now I'm here. I'll go home. Then I'll go to my show. So I'm in and out all day. A lot of working parents don't have the luxury of being in and out all day. They leave in the morning, and then they come home at bed time. So for me, my schedule's actually, pretty conducive to having a child."

Thanks to Andy's positive experience with his surrogate, he's doing everything he can to change laws surrounding that very topic. Although he splits time between New York and California, he was rightfully peeved to find out that gestational surrogacy is actually illegal in New York, Arizona, and Michigan. Rather than sitting back and keeping mum, Andy opted to do something about it and met with New York governor Andrew Cuomo to attempt to make a change.

"It's such an antiquated idea that surrogacy is illegal in New York," he explained. "It's legal in 47 states, and New York is the most progressive state. So the idea that we're so backwards that it's not legal here doesn't make sense. I know other gay families who are trying to have kids, and I also know a lot of women who are struggling with infertility who would like to use a surrogate locally and just can't. It makes no sense to me."

As for parents who are considering surrogacy? The dad shared a bit of parting wisdom.

"I would say be patient. Get help. Get informed. And discuss everything and every question you could possibly have with your surrogate before entering into the agreement," he said. "Make sure you feel totally comfortable on both sides. And that's my advice."