Busy Philipps proudly debuted her newest tattoo, and it's probably not what you'd expect from the bubbly late night talk show host, who also happens to be mom to two daughters, Birdie, 10, and Cricket, 5.

"My favourite illustration drawn by Geoff McFetridge for my book, This Will Only Hurt a Little," she described on Instagram. But that's not what likely stands out about this particular tattoo, which was inked by artist Dre Li in Dallas, Texas, USA, Sunday night just below her ankle. The simple black drawing of a figure skater also depicts — in sweet cursive font — the words "f*ck em."

"Weirdly true to form and as things always tend to be, it really always only hurts a little," she said of the pain.

As for the aftermath? A commenter had a question that was likely on many strangers' minds: "I'm not judging — honestly curious because I wish I was as brave as you to get a tattoo like that — but . . . what do you tell the kids???"

"I tell them that these are words to live by," she wrote in reply. "Especially as a woman." 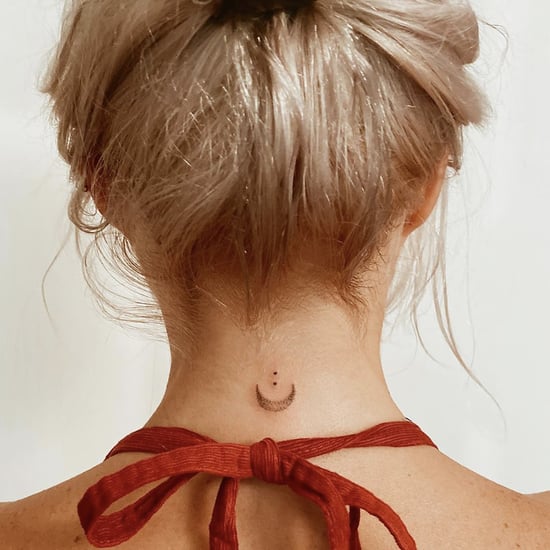 Celebrity Babies
Yep, Kristen Bell and Dax Shepard Seem Like Pretty Cool Parents to Us; Here's the Proof
by Murphy Moroney 6 days ago