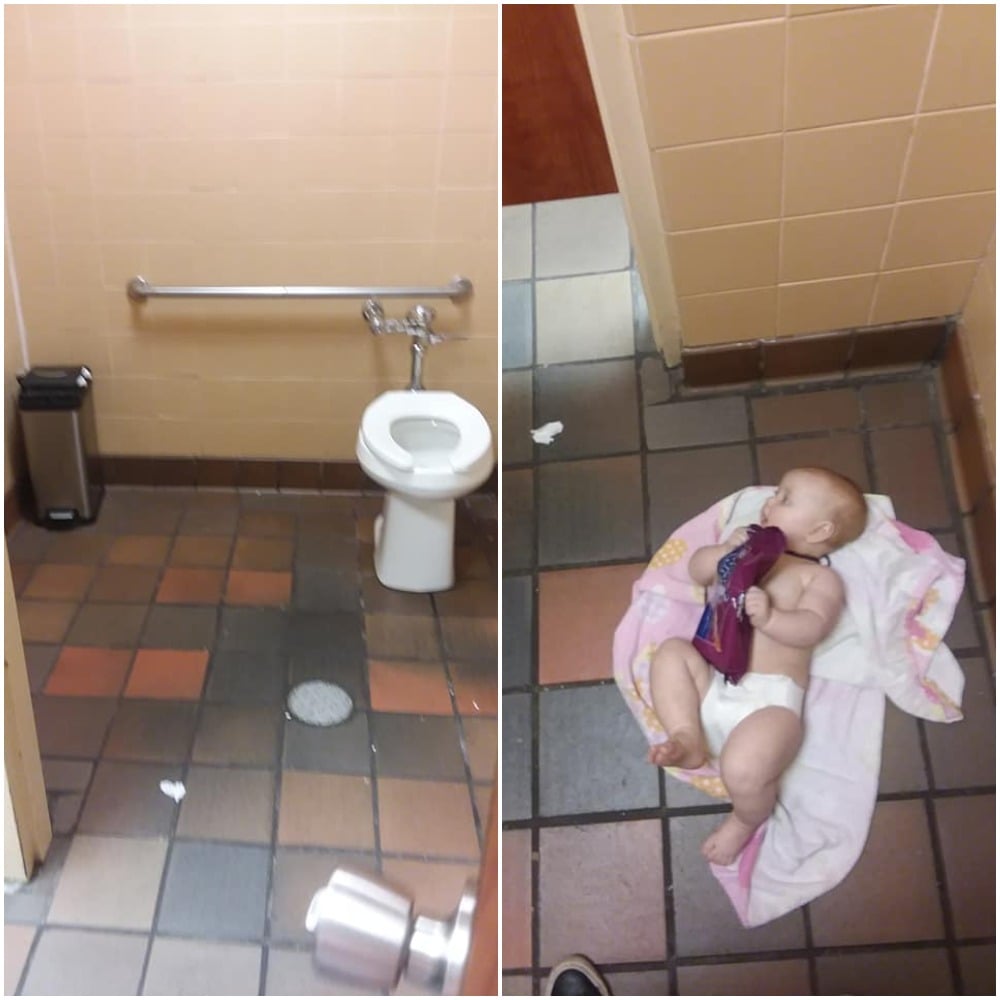 Chris Mau was out for a walk with his 8-month-old daughter, Kali, when he was confronted with a common parenting dilemma: his daughter was crying and clearly needed to be changed. He decided to make a quick pit stop in a nearby restaurant so he could change Kali and be on his way, but there was one problem: the men's room didn't have a changing table. Agitated, Chris decided to express his frustration on Facebook — and his post has gone completely viral.

"I'm getting pretty sick of having to change my daughter on a disgusting floor because the only changing table in the place is located in the women's bathroom," he wrote. "It's crazy to imagine I know but there are guys who take care of their kids too, you asshats."

He went on to point out that it's 2018, and that means men's bathrooms should already be equipped with changing tables. "If it's a public place with public restrooms in the generation of equality among genders and races then how about making sure us fathers can change our children's diapers on a goddamn changing table like the mothers can. Am I asking too much?"

In an edit added to the original post later on, Chris made it clear that there was nowhere else he could safely change Kali in the bathroom: "The circumstances of the situation left very little options for privacy, I had taken her for a walk when this happened so there was no car and the only counter space was a three-inch gap between the two sinks."

Apparently, oodles of other fathers have found themselves in the same situation. So far, Chris's post has amassed over 144,200 shares and 63,000 reactions. And while he's surprised by how much attention his post has gotten, he told POPSUGAR he's happy to spread the message.

"A lot of parents worldwide are cheering me for bringing the problem to light. I'm hoping that it will help make a positive change for parents and children alike."