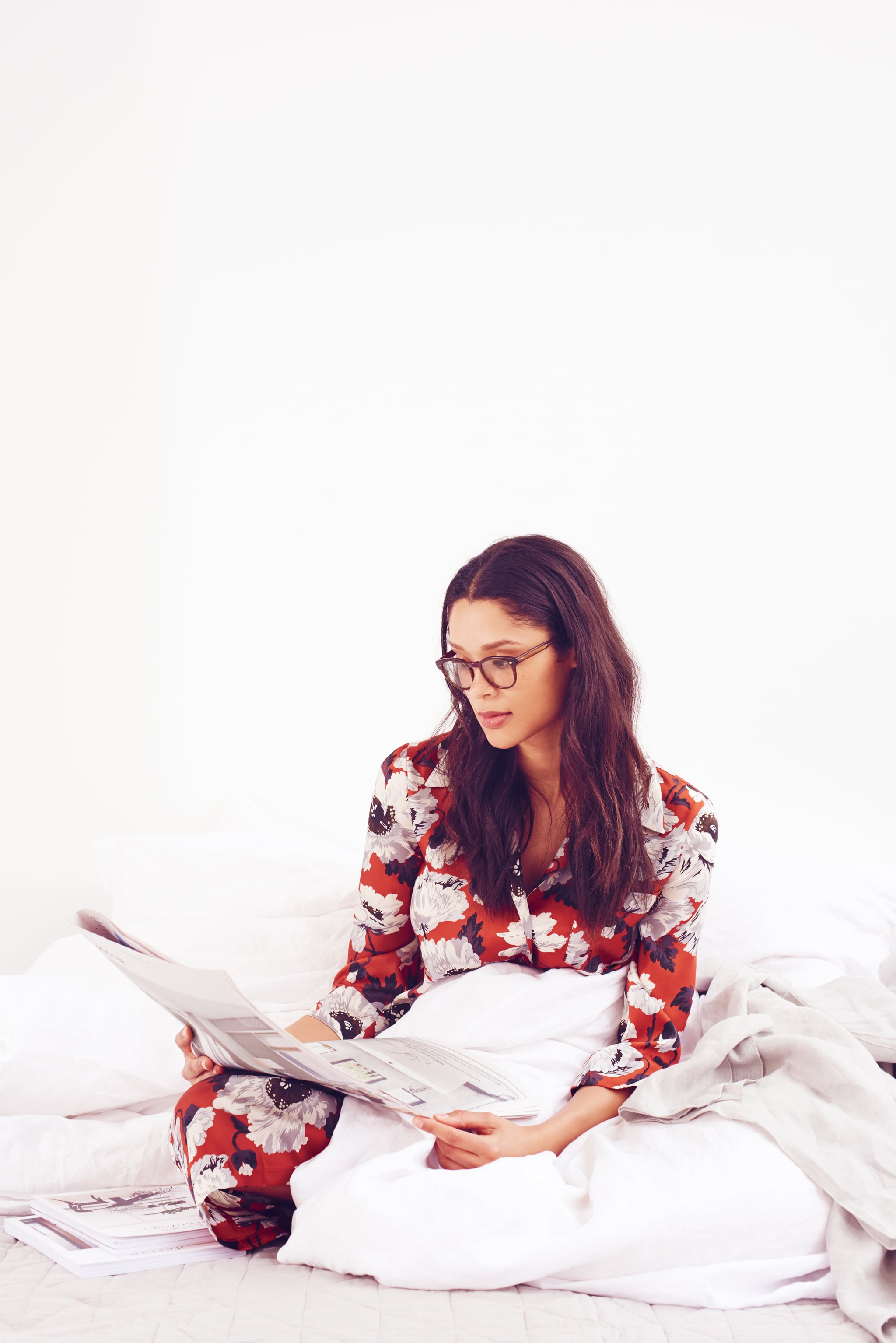 Probably not an article opener you see very often unless there's a few back copies of Dolly magazine under your bed. We may have moved on from that scared clueless teenager, ashamed and embarrassed by our monthly visitor, but we still need to talk about it. In my opinion, now more than ever.

Myths have always gone hand in hand with periods. From the, "you can't go swimming in the ocean or you'll look like a juicy T-bone to Jaws" myth, to religious views that deem women unclean, you probably think you've heard it all.

But what if you haven't? And what if this lack of awareness is leaving you infertile?

I couldn't wait to get my period.

I was scared, yes, no one really loves "that time of the month", but I was excited about this new phase. I was entering womanhood. I could now, theoretically, create little humans of my own. Never once did I contemplate my reproductive system could fail me. That wasn't something talked about in sex education classes in school.

Related:
How My Wife and I Prepared for Parenthood

Nobody really questioned the pills' safety as we trusted doctors knew our bodies better than we did. For me, it also dulled the need to devour every Tim-Tam in the cupboard, and decreased the frequency in which I slammed doors in my parents' face. It was win-win for everyone.

The last thing on my undeveloped teenage brain was, "Hmmm what if taking this cocktail of hormones masks symptoms of endometriosis or polycystic ovarian syndrome (PCOS)?"

Related:
What It's Really Like to Be a Young Mum

I want to make clear this isn't a pill-bashing article. I'm not a doctor and don't proclaim to have all the facts. This is about the increasing number of women I've encountered that have come off the pill to start a family, only to discover fertility isn't a given.

I have two worries around the relationship between the contraceptive pill and fertility issues.

My first is this: if we go on the pill believing our cramps, irregular cycles and heavy/light flows are just part of our menstrual cycle, how does alleviating these symptoms alert us to something more sinister?

Isn't it like taking a Panadol to numb the pain of a headache when that headache may be a result of something far more serious? Many conditions like endo or PCOS have similar symptoms to PMT.

My second worry is the misconception we actually have a "period" while taking the pill.

It's not a period. It's a bleed, brought on when we abruptly stop taking the contraceptive. It serves no purpose other than to make us feel "normal" when we experience a regular cycle — potentially masking symptoms of a greater issue.

I asked Professor Susan Davis, Director of Women's Health Research Program at Monash University what she thought about my concerns. While she emphasised the pills effectiveness in reducing symptoms of endo and PCOS through its ability to reduce heavy bleeding and pain, and creating regularity for PCOS sufferers, she did suggest it may mask conditions if a woman was unaware she had issues.

"The time it can really mask a potential problem is when a woman is on the contraceptive pill and unknowingly goes through early menopause. For example, a 40-year-old woman who stops taking it in the hopes of getting pregnant but discovers her ovaries are no longer working," Professor Davis says.

Related:
Can You Be Too Fit to Be Fertile? One Fitness Instructor’s Story of Discovery and Healing

This is a similar scenario to the one my best mates Rach faced after being diagnosed with premature ovarian failure (POF). Although she was 22 — not in her 40s — when diagnosed, it wasn't until she came off the pill later in life that she was confronted with her sad realisation.

Rach went on the pill as a teenager to kick start her non-existent periods and to elevate her oestrogen levels. They soon returned — or so she thought. Why wouldn't she? Like many, Rach believed that bleed was in fact a real period, but when she hit her early 30s and went off the pill, her period didn't return. She knew something was terribly wrong and sadly she was right. Tests showed she'd now fully gone through ovarian failure and there was no time to reset the clock. Now she faces infertility and early menopause.

Although Rach doesn't blame the pill for masking her problems, she does believe she'd have found out earlier she had POF if she'd not been on the pill for so long. Regulating her cycle gave her a false sense of security.

Another friend, Georgia, never had an easy time with her ovaries. At around 29, she came off the pill after ten years in an attempt to fall pregnant. Only she didn't — her cycle had taken extended leave. At the specialist's office, she was confronted with the news she had endometriosis. This was only the beginning of Georgia's infertility journey. After surgery for endo (which also highlighted a fibroid and a partially blocked tube), she was hopeful things could get back on track. Still, her period was AWOL. Another check-up and another diagnosis. Polycystic ovarian syndrome.

At 30, Georgia's fertility issues are now painfully real, and so are her thoughts about the pill. She wonders if her symptoms would have appeared sooner if they hadn't been hidden by the pill. She assumed bleeding, no matter how much or how little, was still a sign of fertility.

I assumed that was the case, too. And now I wonder whether my pill use over the last 20 years has anything to do with my own inability to get pregnant.

Professor Davis did give me a few statistics that settled my unease. She told me that 1 percent of women have primary ovarian insufficiency (or POI) before they're 40. Yes, it rises to 10 percent before the age of 45 but I guess that makes sense as our reproductive lives don't last forever. She also told me it was important to remember this fact:

"A third of women who have POI have a family member who experienced the same thing, so that should be a warning signal to get checked out early on."

I get that the pill is a godsend to many women. I'm not questioning that, and I'm certainly not demanding every woman throw their pills away in a defiant act of solidarity. The pill has its positives. It stops unwanted pregnancies, calms us, regulates us, gives us that clear skin, and is a huge help to sufferers of specific conditions like endo in terms of symptom management. I know it serves a purpose. So what's the answer if it can also shield us from what's really going on inside?

My answer is awareness.

I feel like we've forgotten to talk to each other. It's so easy to get wrapped up in our own lives that we fail to take notice of each other's. We rely on social media to touch base and we forget to have those meaningful chats. Connection and support are two things us women do pretty well when we're aware. So listen, chat over the water cooler at work, and connect.

Pregnancy
I Saw a Pelvic-Floor Physiotherapist After Giving Birth, and It Made a Huge Difference
by Brittany Van Den Brink 3 weeks ago 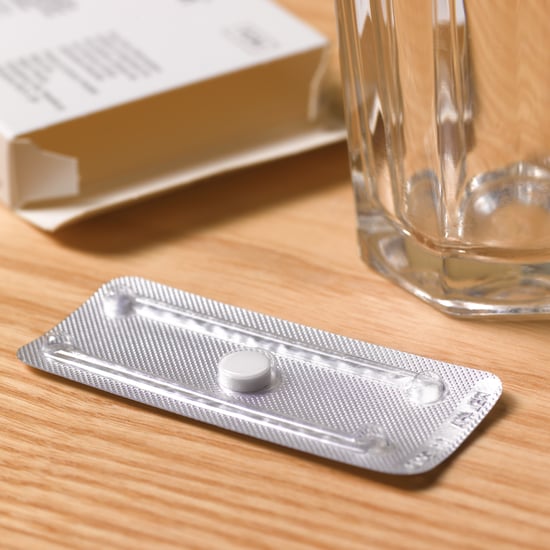 Healthy Living
Do You Keep the Morning-After Pill at Home? If So, Make Sure You Know the Expiration Date
by Emily Weaver 3 weeks ago

Pregnancy
Steph Claire Smith on Her Pregnancy So Far, Including How She Found Out & the Moment She Told Josh
by Bree-Grant 4 weeks ago

Healthy Living
There's Now a Birth-Control Gel, but Is It the Right Choice For You? Ob-Gyns Break It Down
by Kacie Main 31/10
Latest Parenting
×