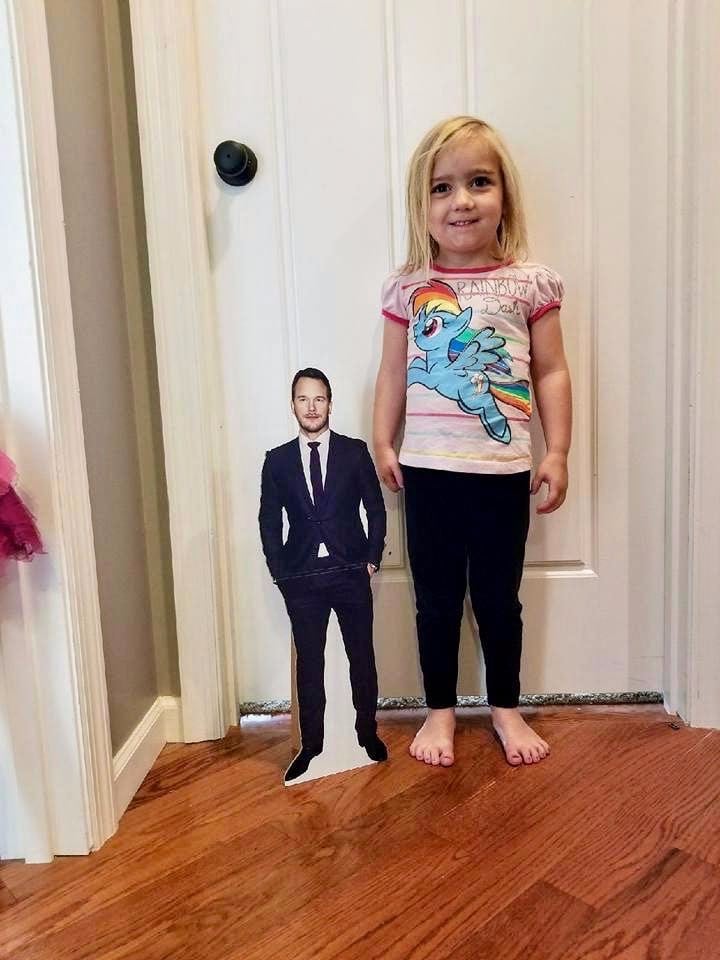 When it came to birthday presents, 4-year-old Amelia had a fairly simple request — anything and everything that has to do with Chris Pratt. According to her mum Terri Fischer-Healey, Amelia's obsession with the superstar began after she saw Guardians of the Galaxy. And you could definitely say Fischer-Healey's BFF delivered in the gift-giving department.

"My best friend [Jen] is awesome! Amelia was asking for Guardians of the Galaxy toys and anything with Starlord on it, so Jen took it to the next level," she told POPSUGAR. "She just found it online and bought her the small one so she could 'take selfies' with it."

Exclusive: Chris Pratt Is Exactly the Guy You Want Him to Be Behind the Scenes of Guardians 2

Amelia's crush didn't end with the Guardians franchise — she'll watch anything with Pratt in it (that's age-appropriate, of course). So when the 4-year-old talks about her latest obsession, she often refers to him as Owen, Pratt's character in Jurassic World.

Fischer-Healey also has plenty of video proof when it comes to Amelia's crush, from her reciting the things she wants for her birthday to photos of her daughter posing with her beloved cut-out in various locations to adorable Snapchat attempts. Ah, young love!

Little Kids
Instead of Trick-or-Treating, I'm Buying Each of My Kids Their Own Giant Bag of Candy
by Melissa Willets 1 week ago
Latest Parenting
×