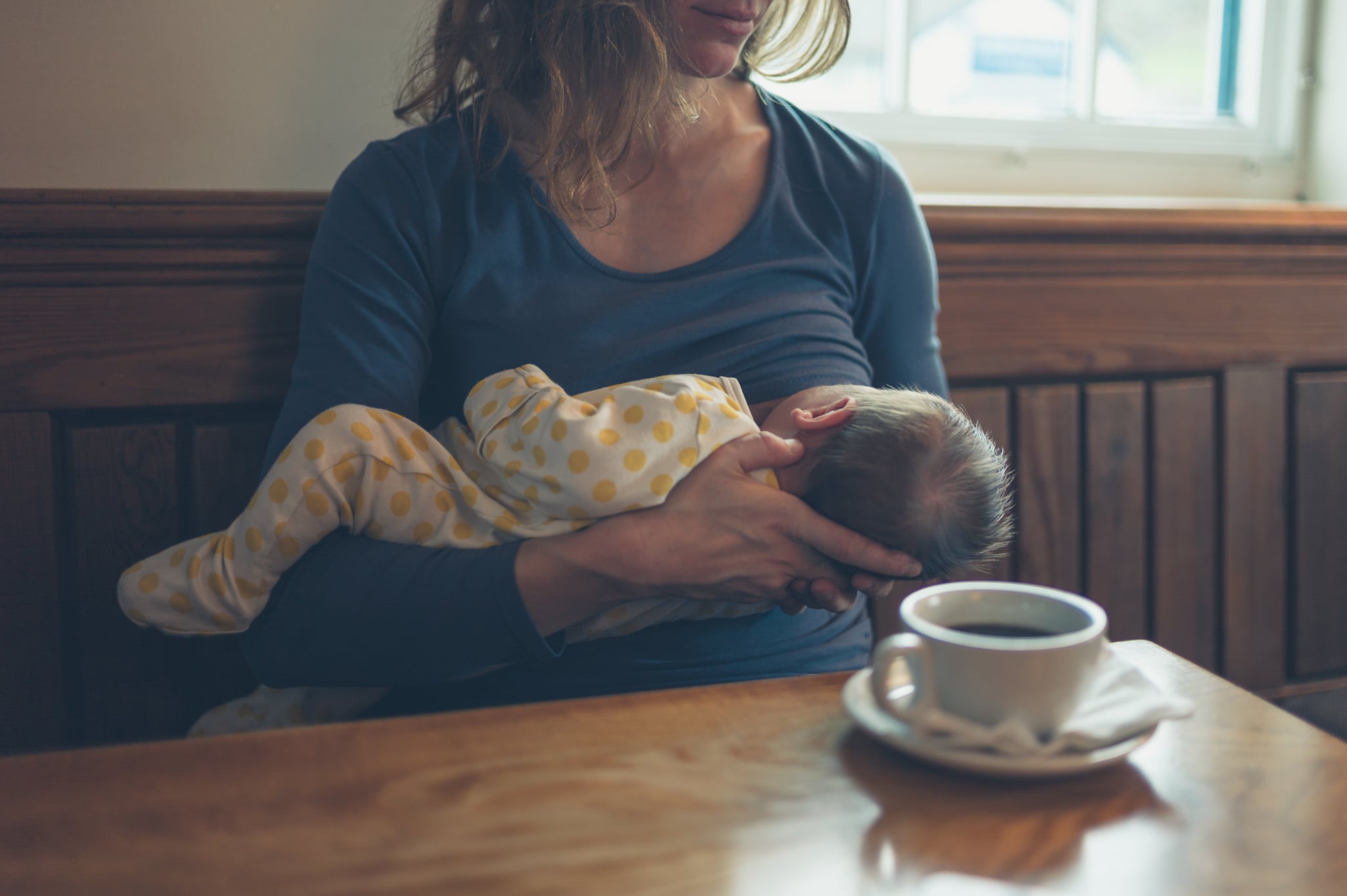 The day I got home from the hospital after delivering my healthy 3.8-kilo baby, I stepped on the scale. I'd already dropped an easy 7 kilos postdelivery, and my pre-pregnancy skinny jeans seemed within reach.

Fast-forward eight months, and against all mitigated expectation, I've put on about 5 kilos. I am still wearing maternity clothes, and because the extra weight has moved from my stomach to my hips, many of those garments are stretching even more than they did when I was nine months along.

To blame for this surprising, disappointing weight gain? Breastfeeding.

Don't get me wrong. I'm a devoted proponent of breastfeeding — the benefits it has on the baby are innumerable — and I don't regret nursing. I'm still doing it and plan to for another few months at least. But I won't lie that I signed on to breastfeeding with an ulterior motive — that it would help shed those pounds by magically burning upwards of 700 calories every day you nurse.

When I was pregnant, everywhere I looked, mums were singing the praises of breastfeeding's figure-slimming virtues:

"I lost so much weight doing it!"
"The number on the scale began shrinking instantly!"
"The pounds just fell right off!"
"I could eat anything I wanted and I kept losing weight!"

And it wasn't just anecdotal. The message that breastfeeding was directly correlated with faster weight loss was propagated by my doctor, by the childbirth classes I took at the hospital, by every "baby's first year" book I read, and by the countless articles I'd scan online — even the ones in which some A-list celebrity shows up on a red carpet a month after having a baby and credits her flat abs to "just breastfeeding!" (I'm looking at you, Beyoncé.)

Whenever I read off a list of breastfeeding benefits for the mother, among reduced risk of breast cancer and diabetes, there was always, always a bullet point about weight loss.

So when I not only wasn't dropping pounds but piling them on, I thought something was wrong with me.

At a family gathering, I voiced my frustrations, which included lamenting over a week in which I worked hard to lose five pounds but simultaneously eradicated my milk supply. My brother, a postdoctoral researcher in metabolism, overheard my complaints and chimed in with a shocking revelation.

Turns out, I wasn't some outlier: breastfeeding actually doesn't help you lose weight.

Although it's true that the act of breastfeeding burns calories, in order to make the milk, your body requires energy in the form of, ahem, calories. So, contrary to popular opinion, women need to eat a few hundred extra calories a day to keep up. Helping ensure that that happens is prolactin, a hormone released during nursing that stimulates milk production by also stimulating hunger and, in some cases, suppressing the body's ability to metabolize. Not only that, but pregnant women's bodies automatically layer on extra fatty tissue — upwards of three kilos — so they will have enough fat stores to begin breastfeeding.

Adding insult to injury, the reason my milk supply suffered during one week of rapid weight loss was because I wasn't taking in any extra calories, exercising vigorously, and skipping a meal or two — all things that can also release higher levels of toxins into the breast milk.

But then why do so many women seem to effortlessly lose weight while successfully breastfeeding? It's likely a lot of factors unrelated to nursing. Your prepregnancy fitness plays a key role as does the amount of weight you gain during pregnancy (I had gained 5 kilos more than the 10-kilo cutoff my doctor recommended for me).

Also, moderate exercise, sleep, and low levels of stress help with metabolism — all things that were difficult to achieve when I was tied to a chair for up to five hours a day with a newborn baby.

The revelation that my brother clued me into — that my weight gain was likely because of, not despite, breastfeeding — wouldn't have changed my decision to nurse. Plus, he's assured me that it's entirely normal, and even my doctor confirms that once I stop breastfeeding, my ravenous hunger should subside, I'll have more time for sleep and exercise, and the pounds will start coming off.

Even still, I just wish all the experts out there would temper their guarantees that nursing will help postpartum women lose weight. Yes, I certainly could have eaten better, drank more fluids, gotten more rest, and taken more walks, but for an exhausted new mum, it would have been nice to know how vital those factors were to dropping pounds.

It would have been helpful to know how breastfeeding, as beneficial as it's proven to be, is not akin to some magic weight-loss pill.

Staying Home
The Pandemic Has Magnified the Mental Load on Mothers, and We're Drowning
by Katy Anderson 1 week ago
Latest Parenting
×