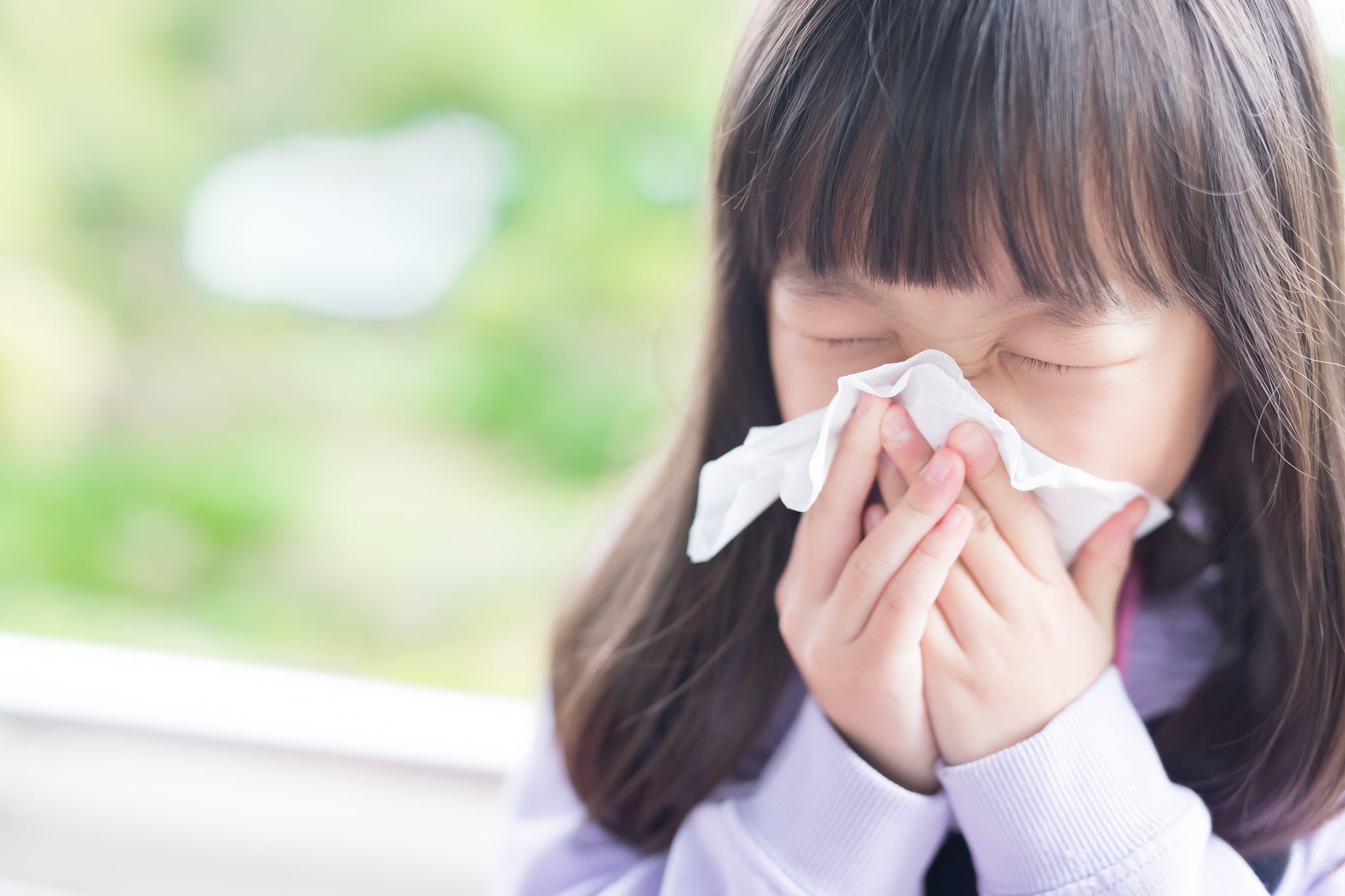 When you become a parent, things like experiencing a human literally coughing into your mouth instead of covering theirs (toddlers, amirite?) no longer gross you out. But when it comes to germs, kids are little magnets who bring home all kinds of invisible threats from the kids in their class and from touching and licking weird things. The latter sounds funny, and on some level it is, but it's also pretty serious that you help your kids get into good habits when it comes to keeping germs to themselves, especially during flu season.

One of the easiest ways kids (and adults) spread germs is by coughing or sneezing into the open air or into their hand — which usually doesn't get washed immediately after — so everything they touch is then contaminated. A great way to eliminate at least some of the the germs that come with coughing and sneezing is to do so into the crook of your elbow so that your hands aren't covered in germ-infested snot and saliva. And to be honest, this is a good thing to practice any time of year, height of germ season of not.

If you're trying to instil this habit into your little one who can't seem to grasp the concept (or simply doesn't want to), there is one simple way to ensure they'll not only sneeze into the crook of their arm, but they'll find it hilarious: dabbing.

When I personally witnessed a 6-year-old dab as he sneezed to ensure that his nose and mouth were covered by his elbow — and inform me that his teacher encouraged him to do so — I thought it was genius (and obviously very, very funny).

Kids are obsessed with dabbing (sometimes annoyingly so), and even if they're not, it's a silly enough action that they'll want to repeat it for the laughs every time they cough or sneeze. So this cold and flu season, try making dabbing a family affair. We know it sounds ridiculous, but hey, most parenting tactics are some level of insane, aren't they?

Monopoly
There's No Real Estate in This Millennial Monopoly Because "You Can't Afford It," and the Accuracy
by Sarah Felbin 8 hours ago

Monopoly
There's No Real Estate in This Millennial Monopoly Because "You Can't Afford It," and the Accuracy
by Sarah Felbin 8 hours ago