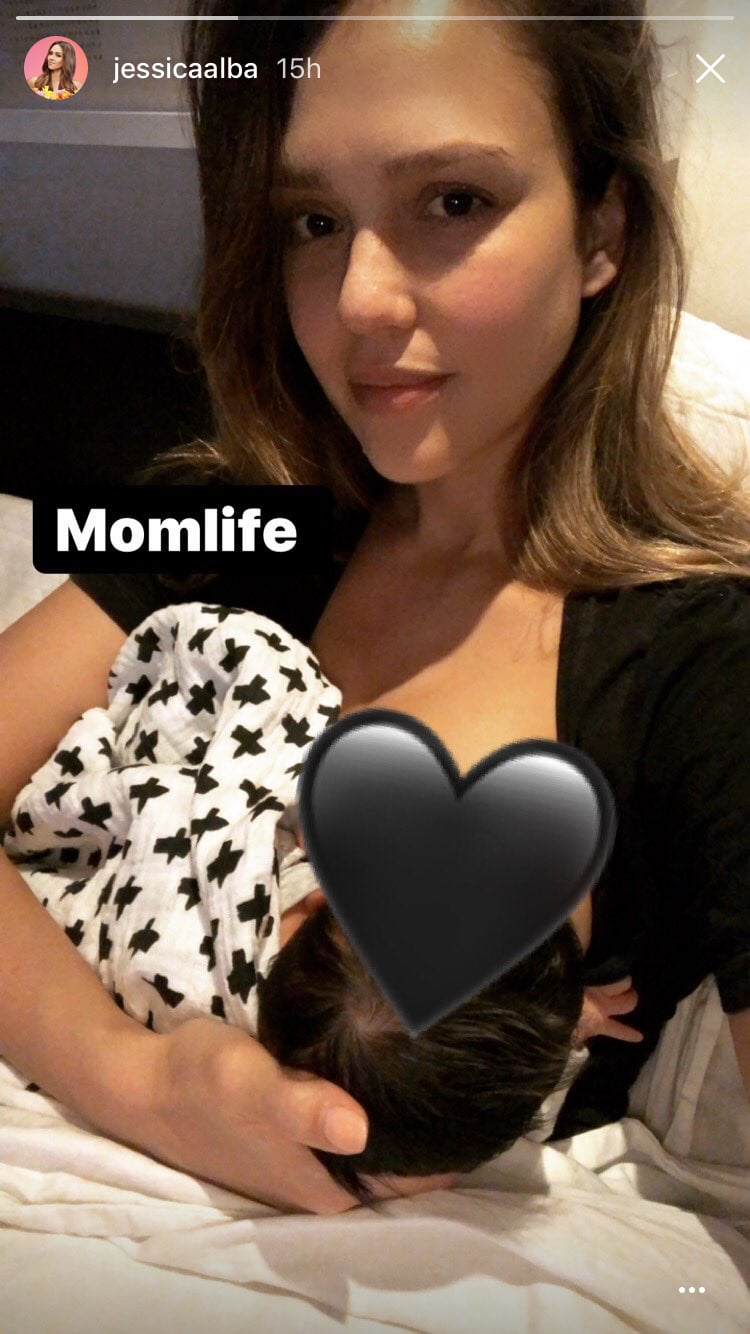 During Sunday night's Golden Globes, celebrities swapped their colourful gowns for all-black ensembles to protest against sexual harassment and gender inequality. Although Jessica Alba's schedule was booked for a prior breastfeeding commitment, the actress made sure to show her support from the couch, rocking a black shirt for the Time's Up initiative while breastfeeding her son. "Momlife," Jessica wrote in the Instagram Story with a heart covering her newborn's sweet face.

Prior to the award show, Jessica shared a photo and message on Instagram to let everyone know that she's standing by the movement, regardless of not being dolled up that night. No gown, no problem! "#timesup #equality at home nursing my baby boy wearing a black in solidarity with all who demand equality and respect. #endsexualharassment #equalpay #equalrights #whywewearblack," she wrote alongside the Time's Up photo.

She and hubby Cash Warren welcomed Hayes Alba Warren on New Year's Eve, who joins daughters Honor and Haven in the family of five. Even baby Hayes supported the movement with a black design on his blanket! Mothers really can do it all.