It's the night before the NBA season tips off, but LeBron James isn't in the gym working on his jump shot: he's spending quality time with his daughter enjoying the incredibly catchy Frozen soundtrack, as one does. It's been almost five years since Disney's Frozen hit theaters, but somehow the soundtrack is still bumping through speakers across the world — even the greatest basketball player in the world (currently) isn't immune to the soothing vocals of Elsa and Anna.

While "Love Is an Open Door" might not be on LeBron's pregame playlist when the Los Angeles Lakers take the floor on Thursday for their first game of the season — his first official game in purple and gold — his 3-year-old daughter, Zhuri, "controls the music" when she's in the car with Dad. We said it last season when LeBron paused midgame to get Zhuri some candy: he's King James on the basketball court, but Zhuri calls the shots at home.

The dad of three shared the video on Instagram, calling his daughter "My Princess," and shared another video of them singing "Let It Go" on his Instagram Story. Gush over the adorable videos ahead, and remember that even on the night before tip-off, Elsa family comes first.

Celebrity Fitness
Shawn Johnson and Her Husband Shared Their At-Home Workout Routine, With Baby in Hand
by Karenna Meredith 2 days ago

Healthy Living
Mental Health Doesn't Discriminate: 10 Athletes Who Have Talked About Their Mental Illness
by Samantha Brodsky 4 days ago

The Last Dance
Scottie Pippen Eventually Got His Due, With His NBA Earnings Surpassing Even Michael Jordan
by Amanda Prahl 1 week ago

The Last Dance
Scottie Pippen Ultimately Retired as a Chicago Bull, After Being Traded Years Earlier
by Amanda Prahl 1 week ago

Naomi Osaka
It's Official: Naomi Osaka Is the Highest-Paid Female Athlete — Like, Ever
by Victoria Messina 1 week ago 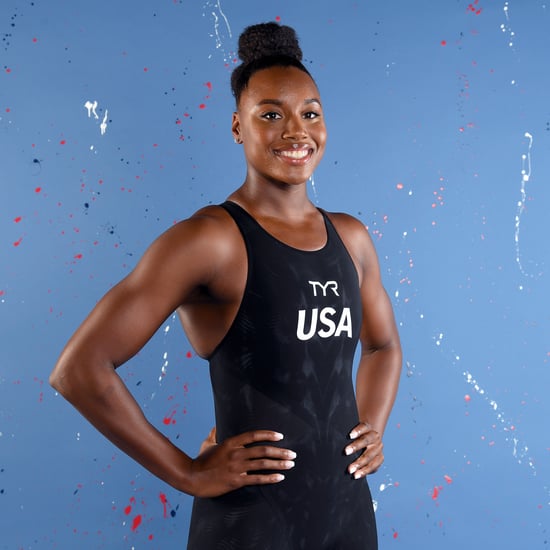