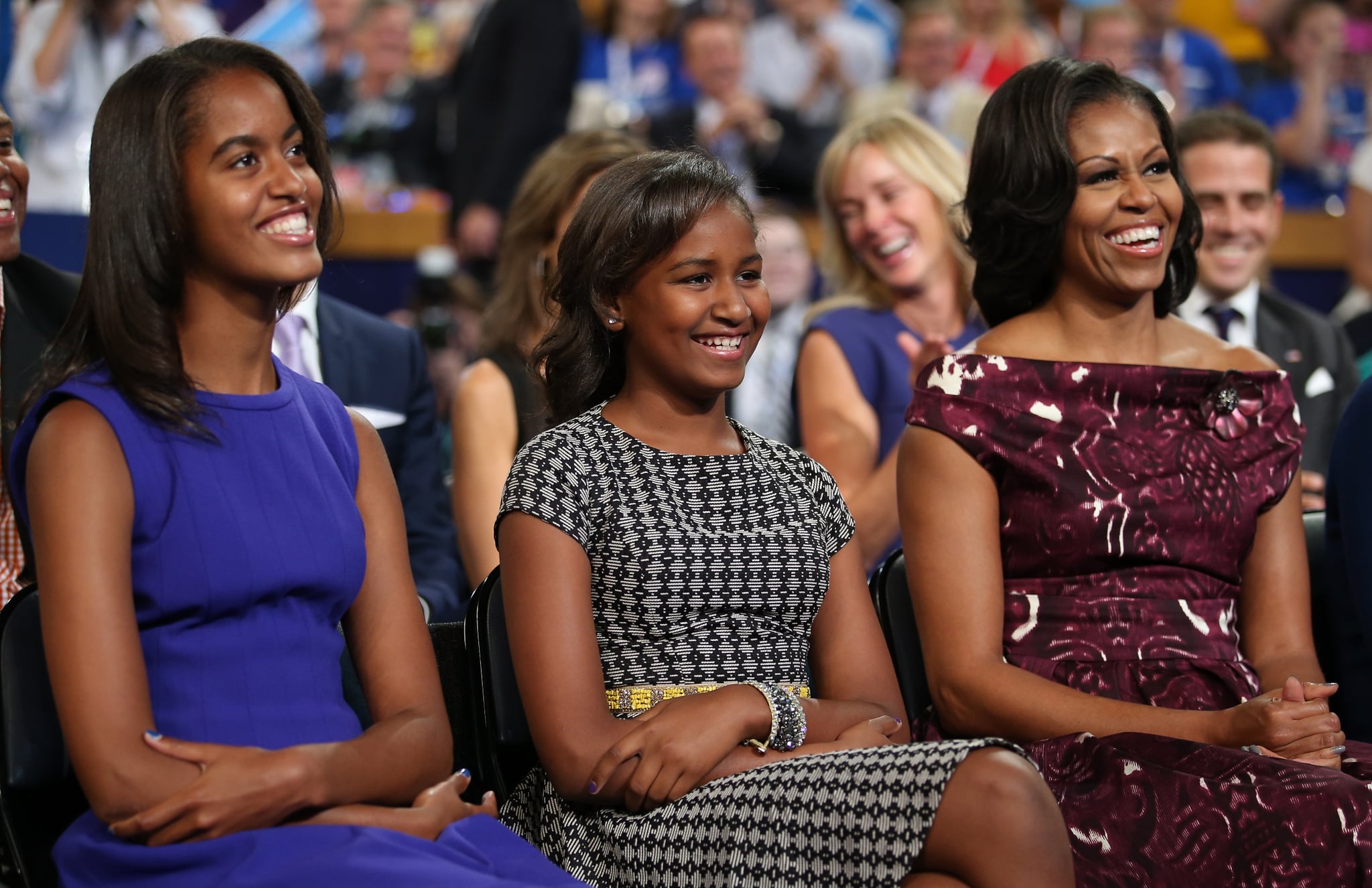 When Meghan Markle learned she would be guest editing the September issue of British Vogue, she immediately knew that she wanted to interview 55-year-old Michelle Obama for the Forces For Change portion. As a soon-to-be first-time mom during the time of the interview, Meghan simply had to speak to Michelle about raising her two daughters, Malia, 21, and Sasha, 18.

When Meghan asked Michelle what she's learned from parenthood, Michelle explained that sometimes you need to let things go. "Try as we might, there's only so much we can control," she told Meghan. "And, boy, have I tried — especially at first," Michelle admitted. "As mothers, we just don't want anything or anyone to hurt our babies. But life has other plans. Bruised knees, bumpy roads and broken hearts are part of the deal."

As a mom, Michelle admitted to Meghan that she's often impressed by some of the qualities her girls possess, and how different they can be.

"What's both humbled and heartened me is seeing the resiliency of my daughters," explained the former first lady. "In some ways, Malia and Sasha couldn't be more different. One speaks freely and often, one opens up on her own terms. One shares her innermost feelings, the other is content to let you figure it out. Neither approach is better or worse, because they've both grown into smart, compassionate and independent young women, fully capable of paving their own paths."

She continued: "Not who I want them to be or who I wish I was at that age, but who they are, deep inside. Motherhood has also taught me that my job is not to bulldoze a path for them in an effort to eliminate all possible adversity. But instead, I need to be a safe and consistent place for them to land when they inevitably fail; and to show them, again and again, how to get up on their own."

"They've both grown into smart, compassionate and independent young women, fully capable of paving their own paths."

At the end of the day, Michelle told Meghan that she simply wants her girls to grow and learn. "I tell them that I hope they'll keep trying on new experiences until they find what feels right. And what felt right yesterday might not necessarily feel right today," she said. "Becoming who we are is an ongoing process, and thank God — because where's the fun in waking up one day and deciding there's nowhere left to go? That's something I wish I'd recognised a little earlier."

Related:
Barack Obama Introduced Himself to a Crowd as "Michelle's Husband," and I'm Emotional

While Michelle has always been an overachiever, she admitted that if she could tell her 15-year-old self one thing, it'd be to relax a little.

"I had a lot of fun when I was 15, but when it came right down to it, teenage-me was pretty by the book, straight As, through-the-roof standards for herself. So I imagine that she'd be proud of how far I've come, but she wouldn't let me off the hook, either," she said. "I feel like she'd give me one of those silent nods of recognition, you know? She'd remind me there are still too many girls on the South Side of Chicago who are being shushed, cast aside or told they're dreaming too big. She'd tell me to keep fighting for them. If I'm being honest, she'd probably smile about how cute my husband is, too."