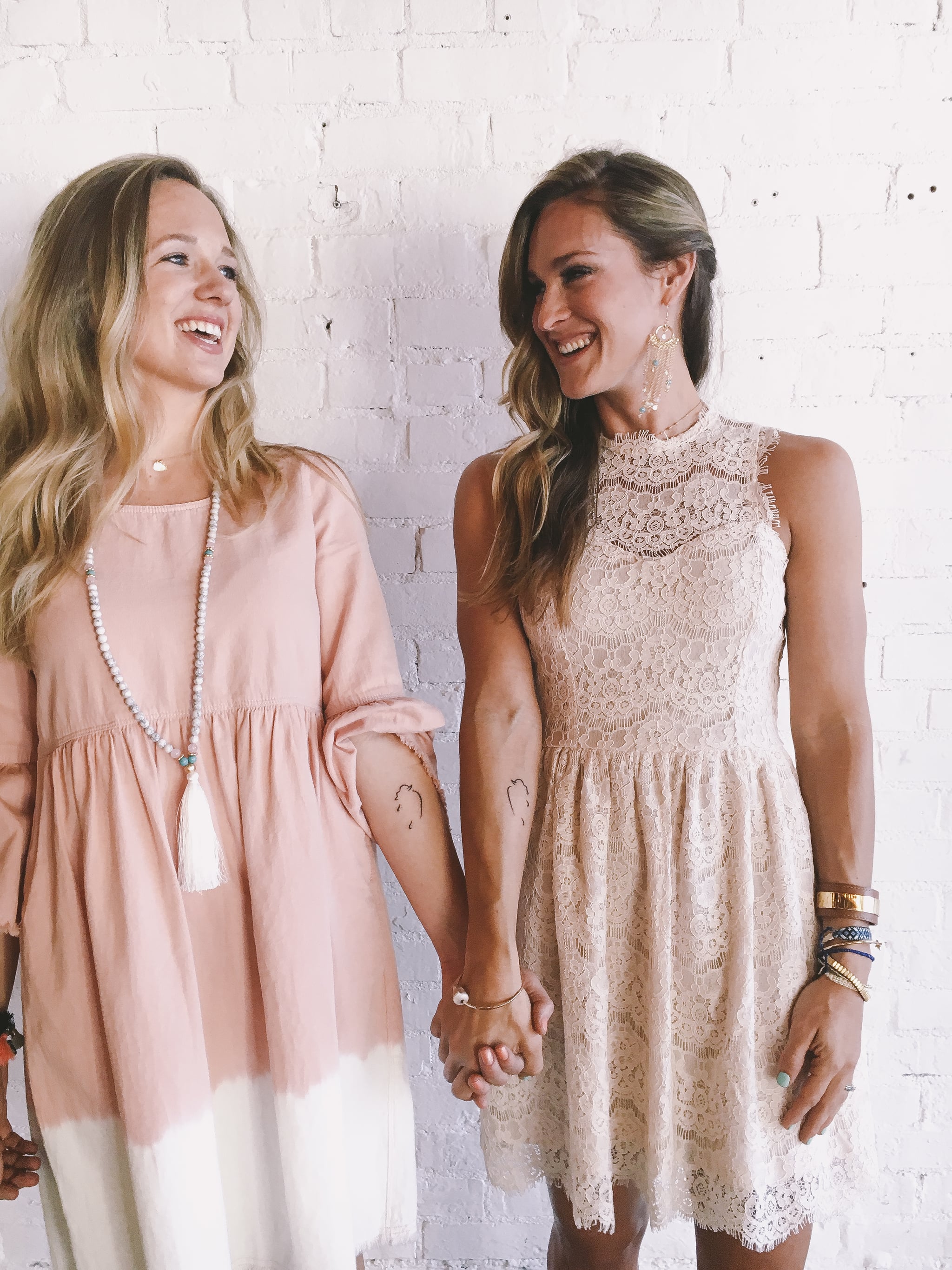 When I was training for my first marathon, for which I was entirely out of my league, I reached a point where the fear I wouldn't be able to actually finish the race started to consume me. I had announced I was running the marathon all over social media and had raised several thousand dollars for Every Mother Counts, the nonprofit whose charity running team I had joined. As the training mileage got longer and more demanding, my runs got slower and more painful. I was overcome with the certainty I'd embarrass myself and let my donors down.

Intellectually, I knew my fear was misplaced. The people who had donated to my charity fundraiser were happy to support the cause whether I could run all 26.2 miles or not. Nobody on social media likely cared much about whether or not I finished, either. The race would be hard no matter how much natural talent I had or how perfect of a training plan I followed — that's just part of the deal with running your first marathon. So what was I so afraid of, really?

I called my best friend, whose name also happens to be Anna. I had noticed that when I talked about the marathon, I kept saying, "I have fear about the race," rather than, "I am afraid." I sounded like a bad English translator, but the words just kept coming out that way. Anna has a Master's Degree in Writing and is my go-to source any time I have a grammar conundrum. I thought perhaps she'd have some insight about why we say "I am afraid" in English, which is so all-encompassing, defining one's entire self, and why so many other languages say instead, "I have fear," which felt like a more accurate way to describe how I was feeling — fear was there, but so many other emotions were present as well.

Ultimately, Anna didn't have the answer to my question. But she did have a story about bison.

Some people think this is because they instinctively understand that the best way out is through and that attempting to run away from the storm will simply prolong their exposure to the elements.

She explained that bison are one of the only animals that, when a storm is coming, choose to head directly into the storm. Some people think this is because they instinctively understand that the best way out is through and that attempting to run away from the storm will simply prolong their exposure to the elements. Some people think bison have learned that where the storm has been, the vegetation has been watered and is therefore more abundant. Either way, time and time again, when a storm rolls in, bison sidle up into their herds, put their heads down, and walk directly into it, through it.

Anna came upon this anecdote years earlier when she was in the process of adopting her oldest son through the foster system. It was a grueling process, one in which she spent months unsure if she'd get to be this child's forever mother. When the storm of fear and doubt and worst-case scenarios threatened to blow down the door of her life, she'd think of the bison. She'd think of what might be on the other side of this storm, not just for her, but for her son, too. And then she'd put her head down and move forward, as mothers do.

Anna and I have sidled up next to each other through all kinds of storms. We went to the same college and became friends shortly after I graduated, while she was still in school. I married my college sweetheart when I was just 21 years old, the summer between my junior and senior years. When Anna got engaged to her college sweetheart, with plans for a pre-senior-year Summer wedding, a mutual friend set us up on a coffee date. It's a wild thing to do, to get married at 21, and perhaps there are inherent commonalities present in anyone crazy enough to do it. Or maybe we just liked each other. Either way, we connected immediately and navigated those early years of marriage together, learning how to grow up without growing apart.

We sidled up to each other as we figured out our careers, too. I went into advertising sales and then pharmaceutical sales, learning how to be a professional and hit a sales quota and negotiate a raise. She went into marketing at a start-up and learned how to draw clear boundaries, even as the lowest man on the totem pole.

We traveled to London and Spain with our husbands and danced on tables in Las Vegas with our girlfriends. We started blogs and proofread for each other.

We became mothers. In one of the most serendipitous coincidences of our friendship, we had both been drawn to the idea of adoption since we were teenagers. Maybe that's one of the reasons we held each other so close during the marriage-building and career-building and character-building years of our early 20s — perhaps we knew how much we'd need each other later. 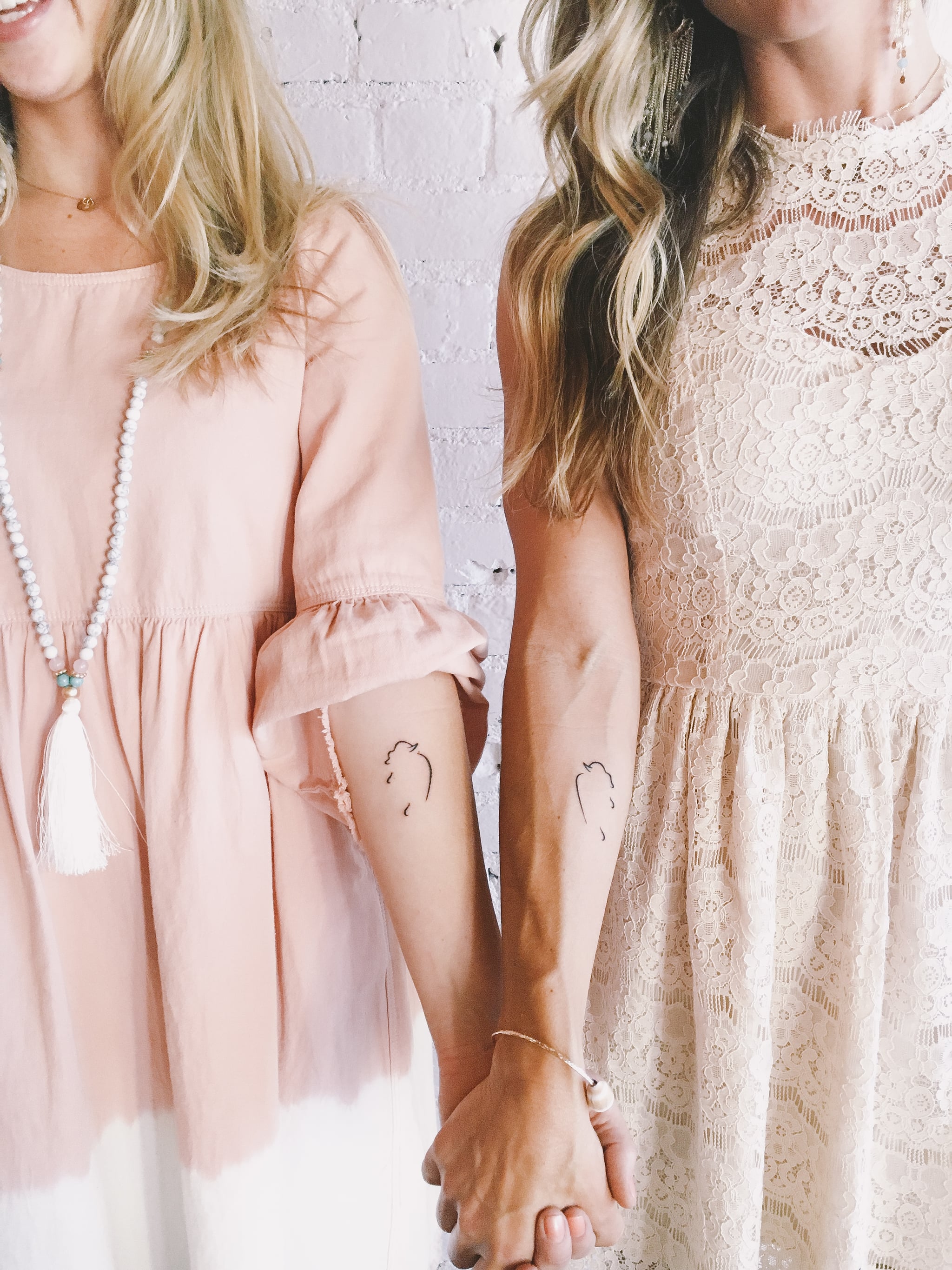 She threw me a baby shower when I was pregnant with my my first son, who was 7 months old when she called to tell me that she was on her way to meet a baby boy in foster care who needed a family. Just one year later, I called to tell her the same thing. Eventually she and her husband officially adopted their son, and my husband and I officially adopted ours. In the following years she gave birth to two daughters, and now our five children giggle and wonder at how silly it is that their moms have the same name. They don't know about the storms we walked through to get here, to get them, to give them each other. But they know their moms have walked together, side by side.

For a season we were stay-at-home moms, now living in different cities but supporting each other all the same. I went back to work, and Anna went back to school. She got a job teaching writing as a college professor, and I quit my corporate job to pursue freelance writing full time. These were big, scary decisions. But we suspected there was something good on the other side, and we knew we didn't have to walk there alone.

The bison has been a touchpoint for us in understanding these storms, getting through them, and finding abundance on the other side. "Like the bison," we've said to each other, quietly and knowingly, nudging each other along.

The bison has been a touch point for us in understanding these storms, getting through them, and finding abundance on the other side.

We joked that we should get matching bison tattoos, which seemed slightly ridiculous considering neither of us had any tattoos and we were in our mid-30s. But then it didn't seem like a joke, and it didn't seem that ridiculous. But the right design and the right time never really presented themselves, and maybe that was a sign or something.

Earlier this year, along with eight other writers from the Coffee + Crumbs blog, we coauthored a book titled The Magic of Motherhood, filled with some of our most honest and raw stories about all the ways motherhood has broken our hearts — usually for better and sometimes for worse. The day I got my first copy of that book in the mail — a real book with a beautiful hardbound cover containing the credentials of a fancy New York publisher — the first thing I saw was my name, right next to her name. I broke down and wept.

A week before the release party for the book, I texted her: We should get the matching bison tattoo when we're together for the party. She replied immediately: I was already thinking about that so obviously the answer is yes.

We took to the internet and finally found a design we loved, courtesy of artist Tim Cheneval. I solicited a tattoo artist recommendation from a friend with a full sleeve of tattoos and made an appointment for 10 p.m. two days before our book release party. We awkwardly explained our story to the big, bearded tattoo artist (who looks exactly the way you think he would). He told us he liked the design, and he dipped his tattoo needle into black ink to permanently etch into our forearms the outline of a bison with its head down, charging forward, come what may, toward our hearts.

Pregnancy
What You Need to Know About Getting a Tattoo While TTC, Pregnant, and Breastfeeding
by Melissa Willets 1 day ago