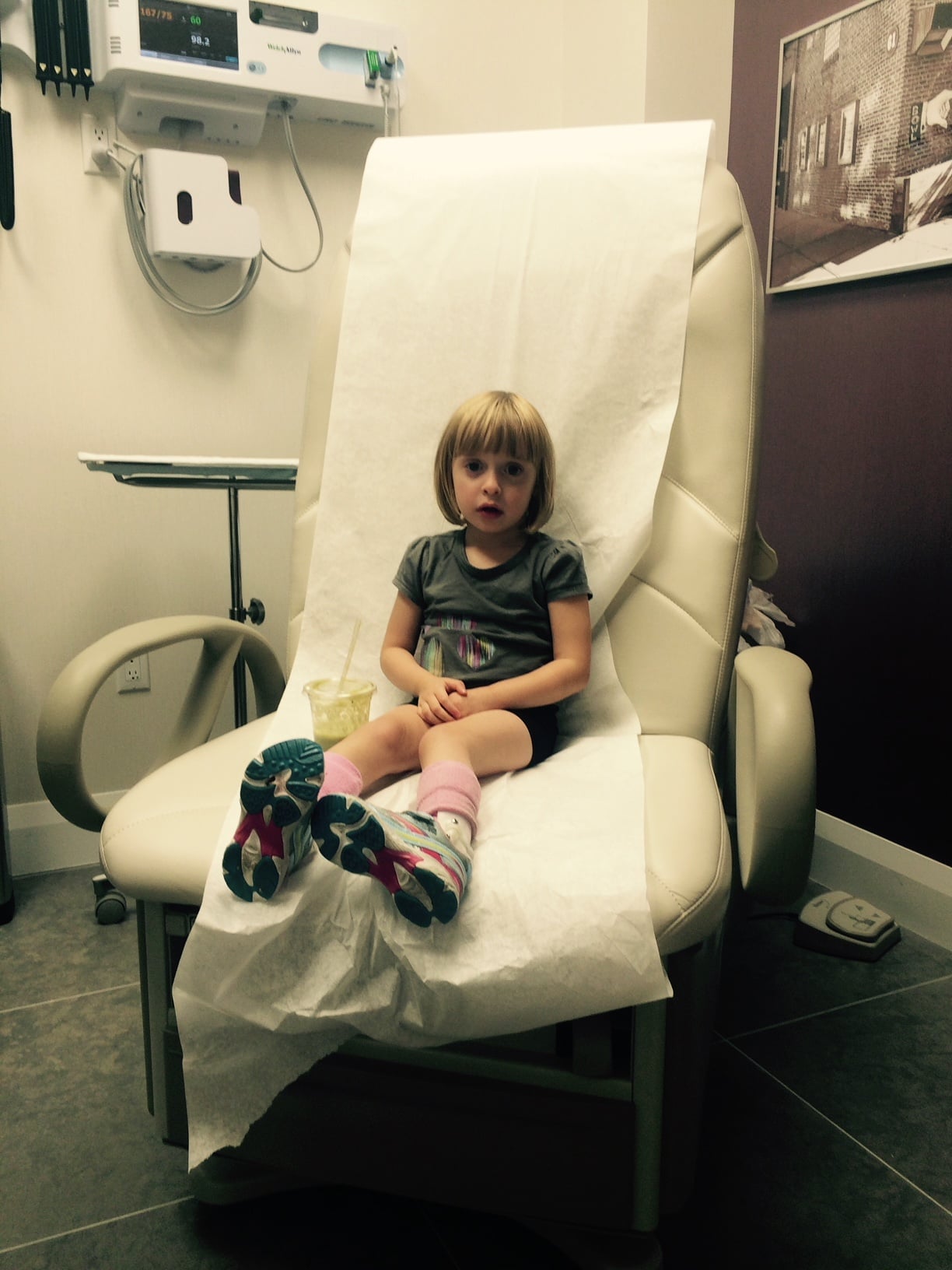 When I was pregnant with my first child, I researched pediatricians in the area. I had very specific ideas about how I was going to parent, so I was looking for a medical expert who would be OK with things like cosleeping, extended breastfeeding, and our family's vegan diet. I wanted to find someone my family would like and trust, someone who could assuage every fear I had, and someone who was a parent, too. I knew I was looking for a unicorn, but I found her! I loved our pediatrician right away and trusted her implicitly, until she missed something major, which changed our lives forever.

Our first baby was perfect by textbook standards. Thora was big and healthy, she nursed hungrily, slept well, and cried when she was hungry. Our second daughter, Freyja, was the exact opposite. She was much smaller, she slept constantly, and she latched on easily but seemed unmotivated by food. I had to regularly rouse her from her deep slumber to nurse, because in her first few days of life, she lost so much weight that I panicked. She was floppy. Her temperament was generally easygoing and happy, but when she did get upset, she was inconsolable. None of the tricks that worked so well with our first — bouncing, rocking, looking at patterns, singing, swaying, and so on — could calm her down. She cried until she passed out in my arms from exhaustion. I just knew something wasn't right.

Related:
How 2 Parents Created a Dream Career For Their Son With Autism: "We Had to Think Outside the Box"

My doctor assured me that Freyja's delays were giving her no cause for alarm. "I'm not worried," she said, smiling. "She'll be crawling before you know it. You'll see." Except she didn't crawl.

Everyone kept telling me to relax because babies develop at their own pace. "No two siblings are alike!" they'd say. And I tried to relax, but my days were charged with an undercurrent of worry. And one night, while I was dressing Freyja after a bath, I noticed she had redness along the creases where her legs came together and in her armpits. She was developing sores in the folds of her skin that were getting no air because she wasn't moving the way she should. I rubbed some calendula cream on those spots and added it to my list for the doctor.

At our next appointment, our pediatrician listened to my concerns but echoed all my friends, family, coworkers, and the baby books: "She's fine. Babies don't do things according to deadlines. Growth charts are only suggestions, and they're outdated and based on research in a country where everyone is enormous. Just keep putting cream on the redness, and it will clear up, and we'll see you in a few months. Does Thora want a lollipop?"

When Freyja was nine months old and couldn't sit up without falling over, a friend of mine gently suggested I have her evaluated for early intervention. I didn't know what that meant. She explained that her mother was an occupational therapist employed by the city to provide in-home services for babies whose delays qualified them. To receive this fully funded care, the babies needed to be evaluated by a variety of experts to determine how delayed they were and in what capacity. I was stunned. I had no idea this was a thing.

Related:
I’m a Special Needs Mum, and This Is Why I Hate Birthday Parties

I brought the idea to my pediatrician, and she reminded me again that most babies do just fine with no extra help and that Freyja's delays were giving her no cause for alarm. She showed me how Freyja held her neck up strongly, how she was trying to roll over, how her eye contact, smiling, and cooing were indicative of her awareness of everyone and everything around her. "I'm not worried," she said again, smiling. "She'll be crawling before you know it. You'll see."

Except she didn't crawl. And after learning that a parent can refer their own child to be evaluated for early intervention, I took matters into my own hands. The woman I spoke to, Hilda, scheduled our appointments as quickly as possible and suggested pediatric physical therapy in the meantime. When the evaluations finally rolled around, red flags were raised and more evaluations and tests were recommended. The next thing I knew, a neurologist broke the news to us that we'd been right to trust our instincts. Our daughter was born with an extremely rare, life-threatening, and wholly unexplainable malformation of her brain that was so severe, he didn't understand how she was doing half the things she was.

We went back to our pediatrician. I knew it wasn't her fault things had unfolded this way. Most of the time it's true that siblings develop differently and that babies go at their own pace. Just not this time. And who on earth could have guessed what was really going on? Nobody. In her office, I told the doctor what we'd learned. She held Freyja for a moment, taking it all in quietly, looking at her from head to toe. Then she got busy. She wrote us prescriptions for every service and device under the sun that might help us, wrote letters on our behalf begging our insurance company for early intervention for increased therapy sessions, and researched resources of all kinds for babies and children with these kinds of issues. She became an even stauncher ally than before, a captain in Freyja's army of supporters, picking up the phone anytime we called and responding to me via email at all hours. But I was steering the ship now, and we both knew it.

Related:
Why I Want My Son to Interrupt You

I would have stayed with that pediatrician if we hadn't moved to another state. I know doctors are human, and her humanity is what I loved most about her. Ours was a tearful goodbye, and we stayed connected on Facebook. A few years after we moved, she sent me a message acknowledging what had happened before we moved and how terribly she felt that she hadn't been more proactive when Freyja was a baby. She expressed deep regret at not taking my alarm seriously and expressed resolve to listen to parents more closely when they "just know" that something is amiss. I deeply appreciated her message and still consider her to be an excellent doctor, but ultimately, it made me believe in myself and gave me the confidence I've needed over and over since then to make sure I sit at the head of the table when it comes to discussing Freyja's ongoing care.

Little Kids
I Couldn't Decide Which Homeschool Style I Liked, So I'm Combining the Best Bits
by Angela Anagnost-Repke 6 days ago 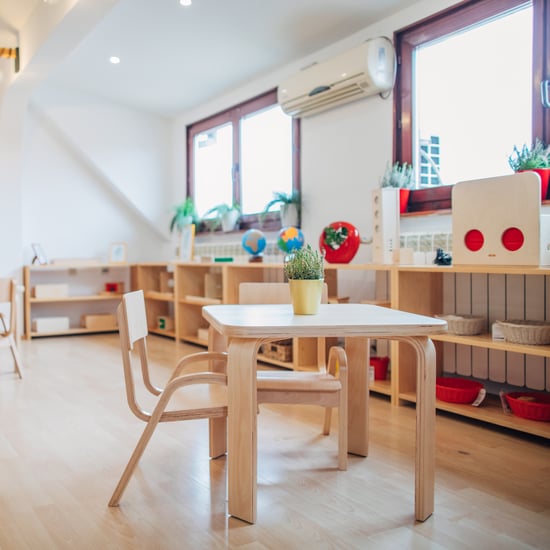 Little Kids
Worried About Your Child's Adjustment to Kindergarten? Here's What You Can Expect
by Deniz Sahinturk 2 weeks ago