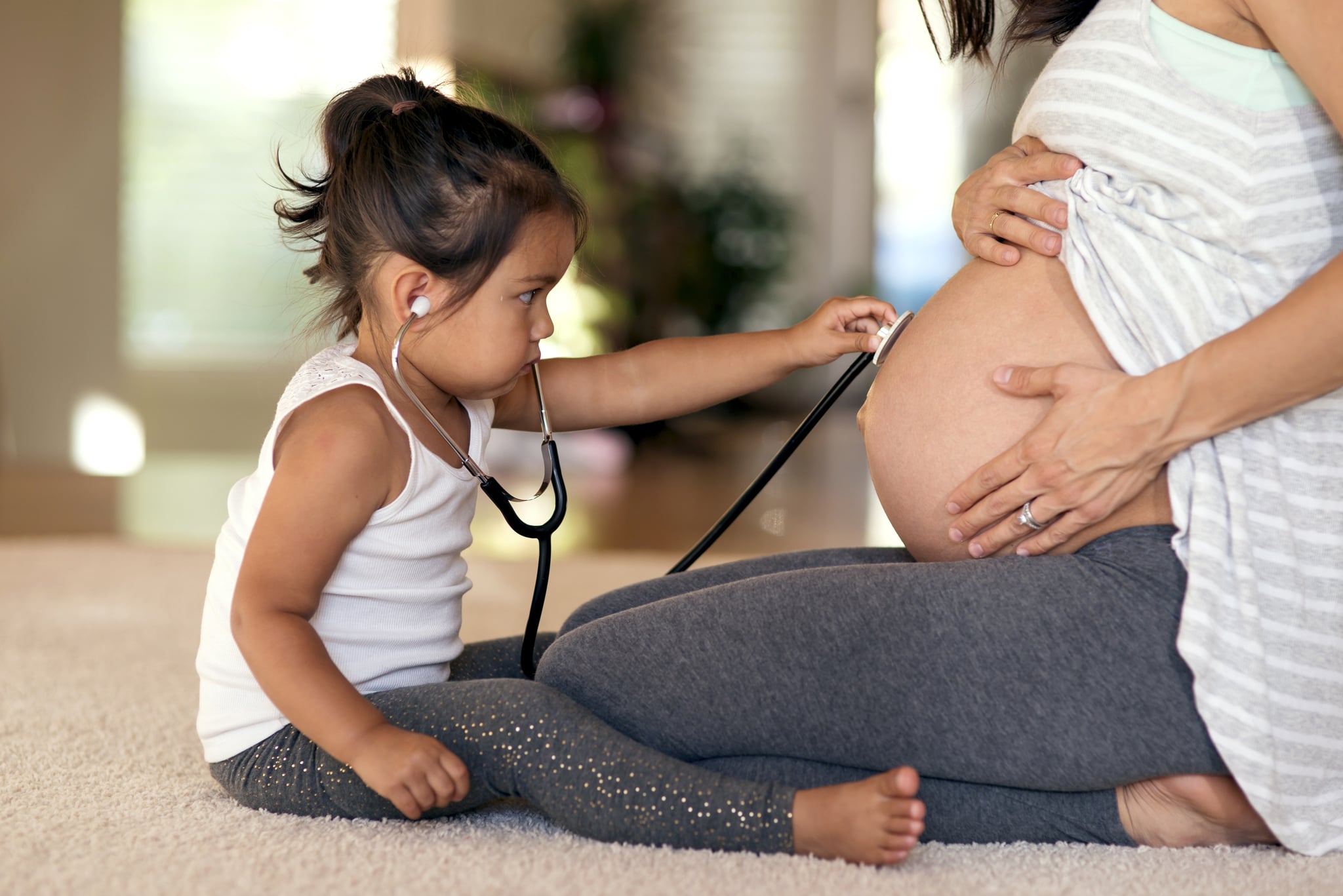 The first trimester can be a time of anxiety. In addition to the nausea, fear of miscarrying, and changes to your body and lifestyle, you have to navigate your genetic testing options. It's a personal decision, and some expecting parents may chose to forgo them altogether. But if you do decide you want to know your baby's risk, today there are various diagnostic and screening tests available, each with potential upsides and downsides.

In the past five years, a new test has become available. It's called Non-Invasive Prenatal Testing (NIPT) or cell-free DNA testing (cfDNA). Because it's new, it has yet to make it into the mainstream list of testing options presented to many women. But after doing my research, I decided it was the right option for me. Here's why.

Related:
Mum Reveals Why She Was "Emotionally Gutted" When Someone Revealed Her Pregnancy First

How the NIPT Works

The NIPT is a simple blood draw that can be done as early at 10 weeks. I chose the test offered by Harmony. Other companies who offer it include Genesis Serenity, Natera, and MaterniT21. The test I took screened for Down Syndrome (Trisomy 21), Edwards syndrome (Trisomy 18), and Patau syndrome (Trisomy 13), the most common chromosomal problems.

The NIPT is a simple blood draw that can be done as early at 10 weeks.

Here's an overview of how it works: while you're pregnant, some of your fetus's DNA enters into your blood. At 10 weeks, there is enough fetal DNA to analyze. Once blood is drawn and sent to a lab, they look for an imbalance of chromosome that may signal a problem. For example, if there are too many chromosomes 21 in the blood, that suggests a high risk of Down Syndrome, which is caused by the presence of three copies chromosome 21 instead of the typical two copies. The test can also determine the sex of your baby. If it picks up any Y chromosomes, it must be a boy since we know mums have none. If no Y chromosome is found, the test can tell you with high certainty that you're having a girl. All of the final results take five to seven days.

I first found out about the NIPT by reading Emily Oster's book Expecting Better. Using her background as an academic researcher in economics, Oster analyses studies on everything from coffee to deli meat into easy to understand suggestions for pregnant women backed up by data. I found the section on genetic testing to be a great introduction to all my options.

The Benefits of NIPT

The Downsides of NIPT

One study comparing the NIPT to the traditional integrated screening determined that the main downsides of NIPT include the cost, inability to detect structural issues and uncommon chromosomal problems, and the five percent failure rate. Still, the study's author concluded: "Patients should be told about the availability of NIPT as an alternative but expensive screening method with a better detection rate and a lower false positive rate." For me, these last two points made it worth it.

Pregnancy
Bed Rest Was Scary, Boring, and a True Test of My Patience
by Rachel Sobel 29/9

Pregnancy
I'm So Grateful to Be Pregnant, But I'm Not Enjoying the Experience
by Emilee Janitz 23/9
Latest Parenting
×