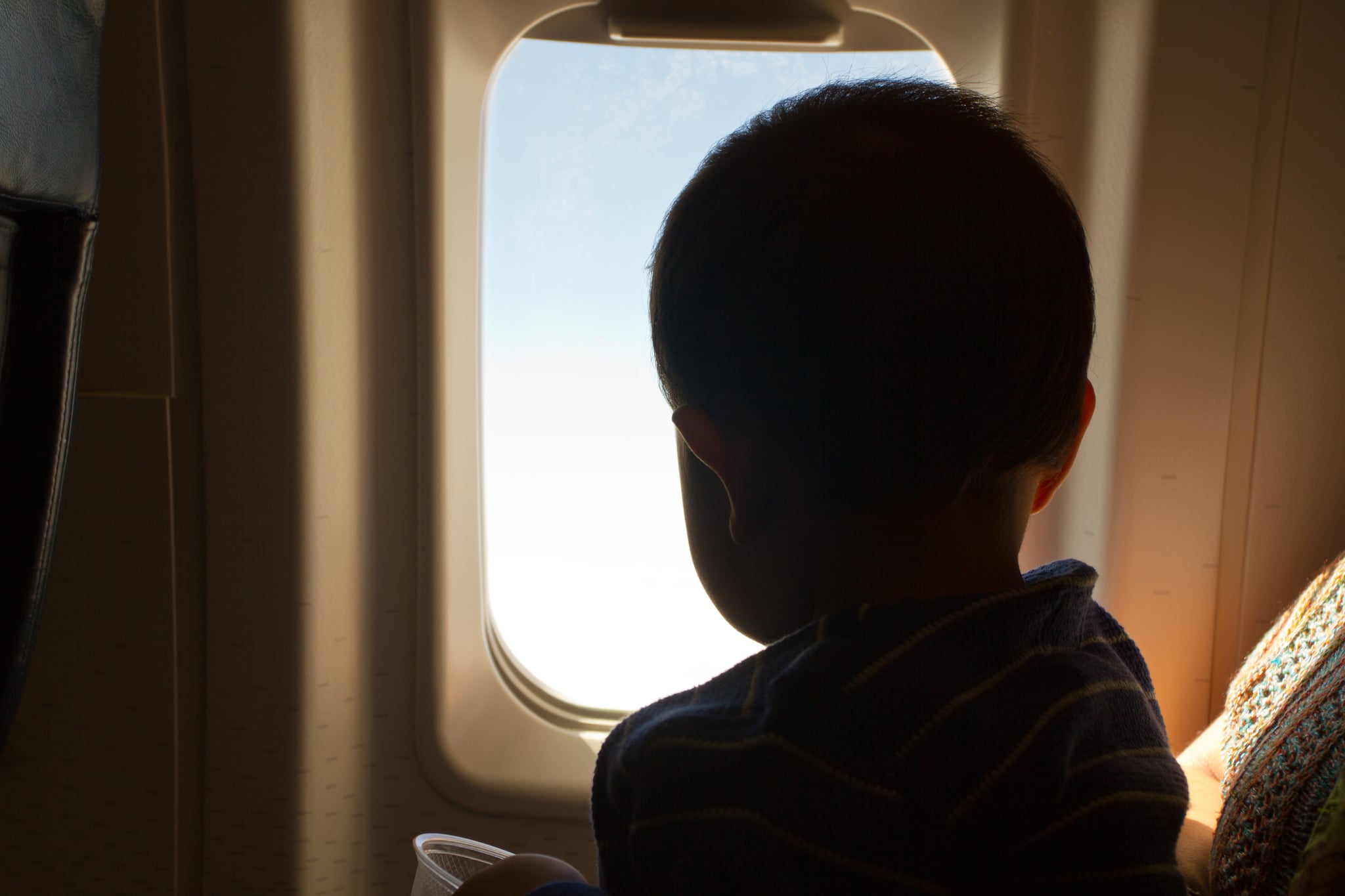 By now, we've all heard about the popular trend among air-travelling parents with babies. In the days leading up to their flights, these new mums (and, less likely, dads) will hit up their local Walgreens and purchase a couple dozen Ziploc bags and proceed to fill them with travel-size chocolate bars, ear plugs, and sweet little cards that say something along the lines of:

"Hi, I'm a baby! This is my first flight, and my parents are super nervous that I'll cry and bother you! I hope this little gift goes a long way (or at least to our final destination lol) in making my screaming more bearable! Sorry! Sincerely, the otherwise adorable baby in 28C!"

In fact, it was especially less-than-sweet when my husband — who was travelling alone with our 2-and-a-half-year-old while I stayed behind with a newborn — boarded a packed flight only to be seated across the aisle from parents dolling out their own version of these "sorry-for-my-baby" goodie bags.

We hadn't thought to pack those. We remembered to fill my husband's carry-on with the iPad, the headphones, the poke-a-dot travel books, the Etch-a-Sketch, the backup iPad, and the 57 other things necessary to keep our toddler daughter occupied for a two-hour flight, but no preemptive apology gifts for the complete strangers sitting in her general location.

As a woman, I've grown up conditioned to apologize for things I shouldn't.

So, when my daughter inevitably had a minor meltdown — she was apparently not loving the seat belt situation — my poor, frazzled husband got to feel the searing eyes of random travellers as they chomped down on bite-size Hershey's chocolates from that quiet baby across the row.

I felt terrible that my family was stuck in such an awkward situation, but I was secretly relieved I wasn't there to witness it first-hand, because if I was, I'd likely end up on the evening news as a cautionary headline: "Irate Woman Forced Off United Flight."

Instead, I would have probably picked a fight with those sweet parents who thought they were doing a good thing.

See, their gift might get a few "oohs" and "awws," and it might even make their co-travellers more understanding when their baby inevitably started five-alarm wailing just as the plane approached cruising altitude, but it's sending the wrong message and setting a terrible precedent.

It's saying that we should apologize for our children's very existence whenever it's inconvenient. We should apologize for the simple fact that they are babies whose needs are only expressed through crying — or children who can't help but melt down in an enclosed tin can because they're still developing the brain function necessary to use sound logic to process emotions.

It's the same as saying that we should apologize for having arms when our seatmate jostles for control of the armrest.

It's these kind of trendy, Instagram-ready workarounds for humanity that leave me dreading my next flight with my family.

As a woman, I've grown up conditioned to apologise for things I shouldn't. In meetings, I'll still catch myself interjecting with a "sorry, but what if . . ." and instead of saying "excuse me" when trying to pass someone at the grocery store, my knee-jerk reaction is to say "sorry" as I squeeze by. I've said the word too much as it is, and now that I have kids, I've certainly had to say it a whole lot more.

So the last thing I plan to do is turn it into a Pinterest project.

It's these kind of trendy, Instagram-ready workarounds for humanity that leave me dreading my next flight with my family — and it's still more than two months away. I know that I'll be apologising for things worth apologising for — if my kid accidentally (or God help us, purposefully) kicks the seat in front of her, if she flails her arms and spills my water on the person sitting next to us, if my baby's spit-up splatter gets on the floor.

And I certainly won't be pummelling grown adults with candy and ear plugs as a way to extort kindness and understanding.

Staying Home
Please Meet The Coziest Thing in My WFH-Closet: The Homecoat
by Natasha Marsh 13 hours ago