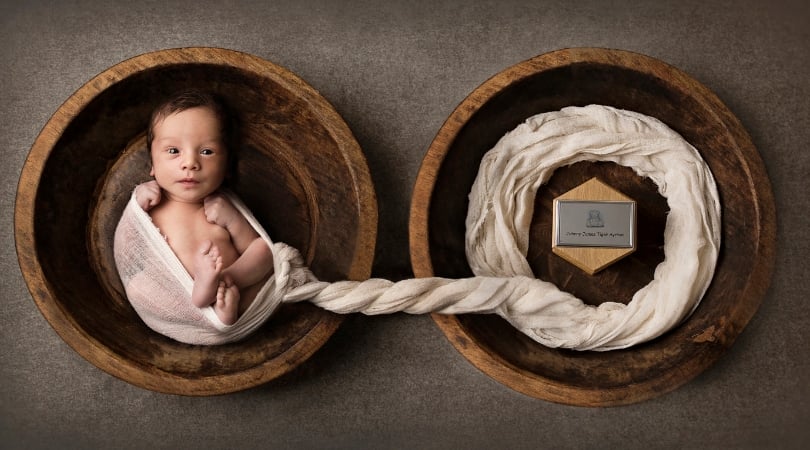 Cherie Ayrton, a 31-year-old woman from New Zealand, was eager to expand her family by two-fold when she learned she was pregnant with twin boys in 2017. As a mother to 5- and 2-year-old girls, Cherie wanted to wait until she was 14 weeks along to give her friends and family the good news, as she had previously lost a twin when she was absorbed in utero early by her 12-week scan. But unfortunately for Cherie and her husband Hayden, the promise of two new babies was short-lived.

According to Cherie, her pregnancy journey couldn't have gone any smoother. She and Hayden were told at their 14-week sonogram that both their boys, who they named Tiger and Johnny, were thriving. In fact, Cherie was so excited, she decided to book a maternity and newborn shoot with Sarah Simmons, a photographer at Charlie Horse Photography.

"Life would have been perfect. I wouldn't have a broken heart now."

But on Dec. 27, the date of her 5-month anatomy scan, the couple got some heartbreaking news: Johnny's heartbeat was undetectable. Because Cherie was so far along, her doctors recommended that she carry Johnny to term.

"Life would have been perfect. I wouldn't have a broken heart now," Cherie told People. "I was looking forward to completing my family. Two boys and two girls was awesome because it meant that my boys had a brother and a sister."