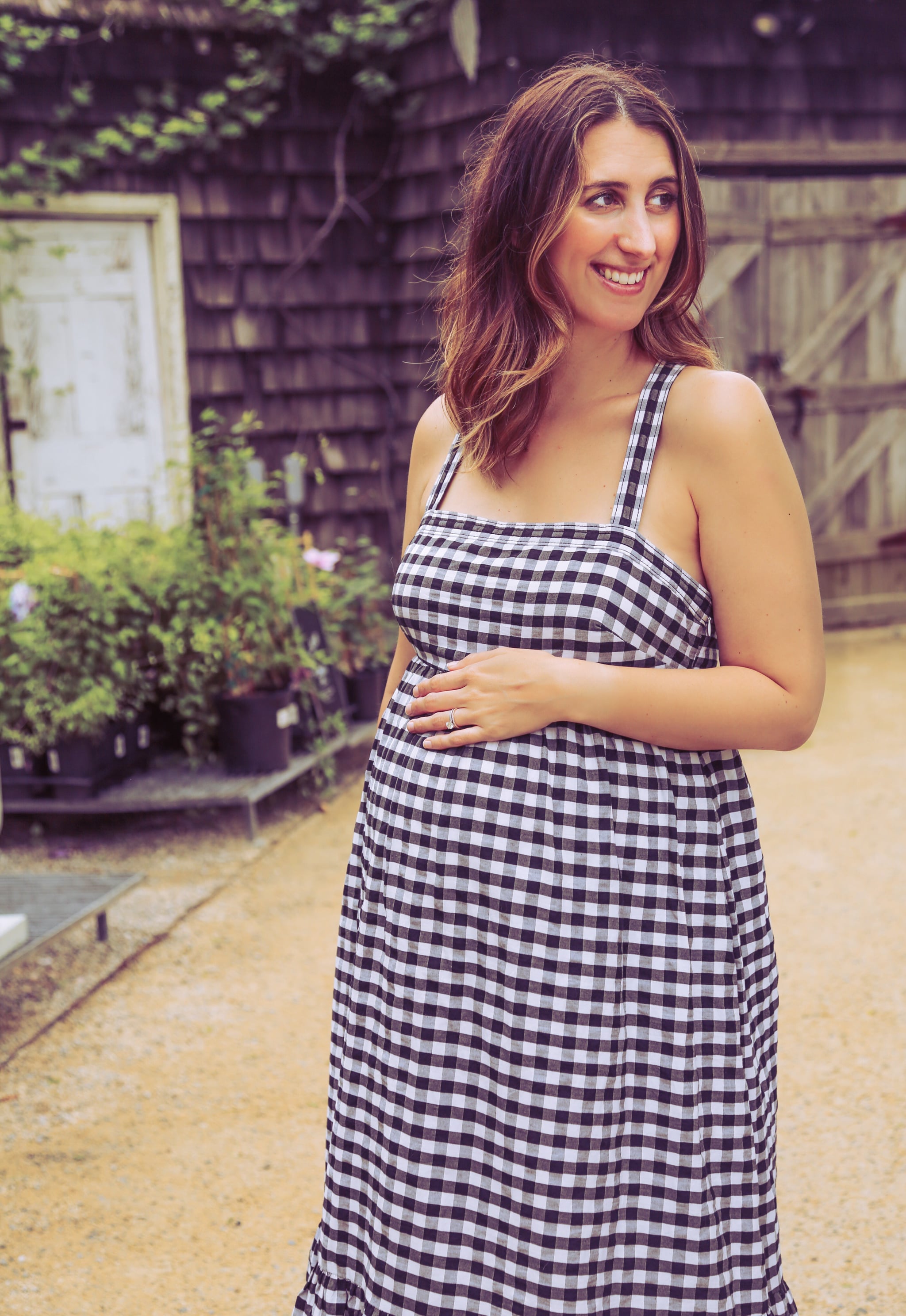 I remember talking to a friend of mine shortly after announcing my pregnancy when she said something that had me shook: "Anything short of growing antennae while pregnant is normal." I knew nothing should surprise me over the course of the next nine (really 10) months of my life, but as my body started to shift before my eyes, I couldn't help but be a little taken aback by some of the more unexpected changes. Based on chats I'd had with friends and pregnancy books I'd read, I had pretty clear expectations of my pregnancy. But three weeks out from my due date, here's what really happened over the last few months.

What I Expected: Longer hair and stronger nails.
What Happened Instead: Thicker hair that I never have to wash.

This was a pleasant surprise that started around my second trimester. Prenatal vitamins have been a longtime secret in the beauty world if you're looking for overall hair and skin health, but at most, I was expecting a few extra inches of growth. What I didn't anticipate was a thick mane of hair that only needs to be washed once a week. I can't say for sure that prenatal vitamins are the reason behind this transformation, but I kind of hope this mysterious side effect doesn't go away postpartum.

What I Expected: My back to hurt.
What Happened Instead: Gah, my hips!

You carry around an extra load when you're pregnant, so naturally, I anticipated a few growing pains and a sore lower back. But honestly, the worst part is my hips! If I'm sitting for long periods of time at work and try to stand, it's like all of my muscles immediately rebel. A few yoga stretches have been my saving grace, but I've definitely been known to waddle while walking it out.

What I Expected: To be swollen.
What Happened Instead: I'm so, so itchy!

Don't get me wrong, I'm also swollen. My ankles, knees, and legs are puffy and retain lots of fluid. But the worst side effect of being swollen is the itchy skin. And since we're all friends here, I'll tell you it's worst around my breasts. Swollen boobs equals itchy boobs.

What I Expected: Heartburn and nausea.
What Happened Instead: My ears won't stop popping.

I honestly have NO explanation for this one. Even Google failed me. I felt like it had something to do with being dehydrated, so I've been guzzling water. But at the same time every day (around 2 p.m.), my ears start popping. I guess there could be worse things, but it's definitely annoying.

What I Expected: Hormonal acne around my jaw and chin.
What Happened Instead: Weird breakouts around my nose and milia.

I've been blessed with fairly clear skin for most of my life, so I thought for sure that as soon as my hormones started going into overdrive, my skin would turn against me. Rather, my skin remained fairly mellow. That being said, since I cut out all AHAs and BHAs from my skincare routine, my skin has been going without its normal exfoliation routine. The change in my routine definitely contributed to a few extra breakouts around my nose, almost like a little rash. I also have been noticing little whiteheads, or milia, around my eyes. I asked my esthetician (shout-out to Wanda at Heyday!), who told me they're typically caused by an influx of fatty acids in your diet. She said the omega-3 pills my midwife prescribed me were probably the culprit.