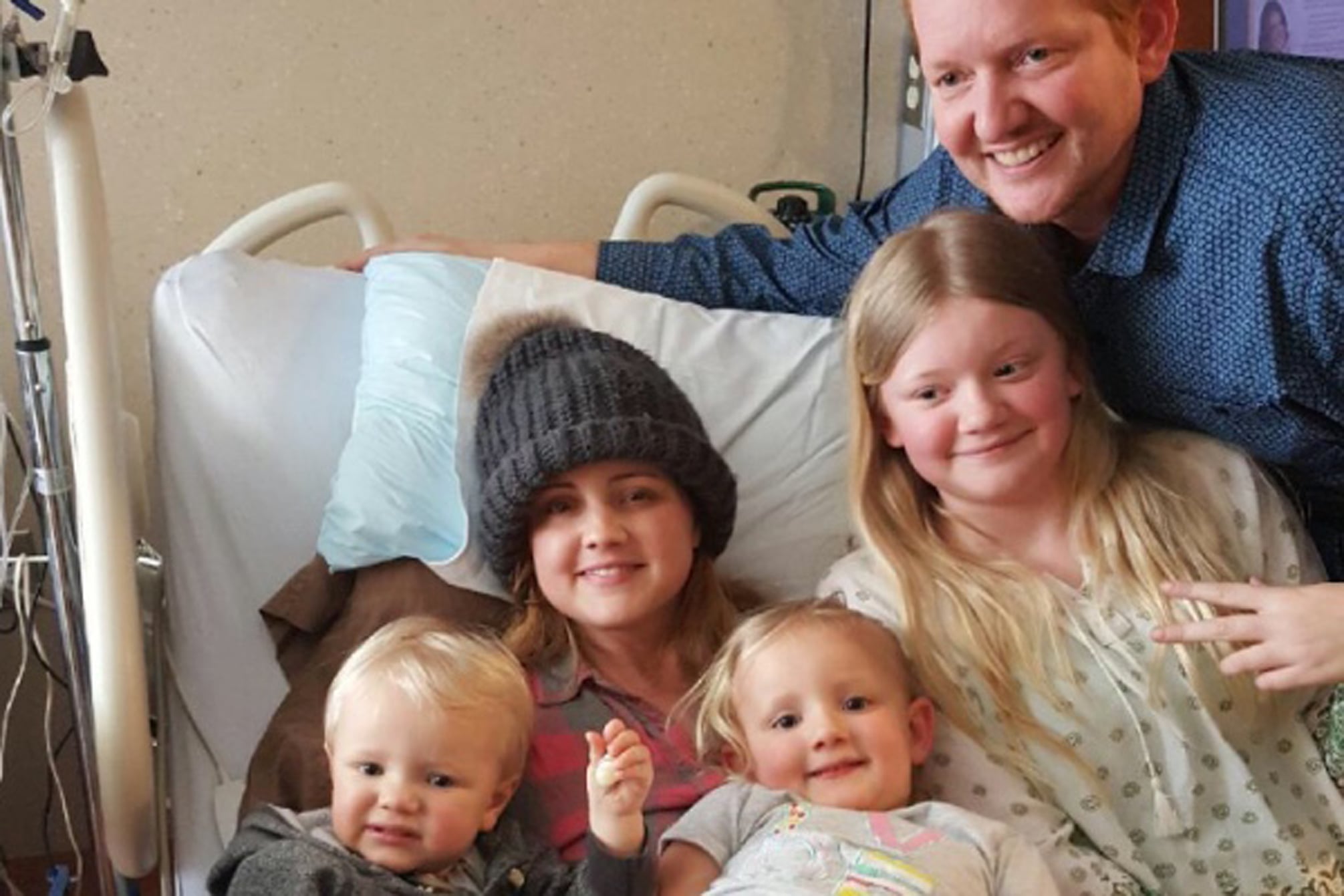 After Carrie DeKlyen was diagnosed with terminal cancer in April 2017, she enrolled in a clinical trial at the University of Michigan to fight the incurable disease. However, the mum of five was informed she wouldn't be able to receive treatment unless she terminated a pregnancy she wasn't even aware of up until that very appointment. As soon as she found out about the pregnancy, she decided to forgo treatment to give her baby a shot at life. Since this decision was made, Carrie's condition has deteriorated rapidly, and at 21 weeks pregnant she is running out of time as she lies in a vegetative state on life support.

Carrie's husband, Nick, said that his wife's diagnosis was "his worst nightmare." After tons of severe headaches, Nick knew something was wrong when Carrie woke up vomiting one morning. His suspicions were unfortunately correct, and doctors diagnosed Carrie with glioblastoma, an aggressive malignant tumour that can affect the brain and spinal cord, and gave the mum about five years to live. Since then, Carrie has undergone four major brain surgeries and her health has quickly declined.

Doctors told Carrie she would die if she decided to move forward with her pregnancy, but the mum didn't care. "It was Carrie's decision and I said 'What do you want to do?' She said, 'We're keeping it,'" Nick told People. "She's going to miss us, but she knows this life is so quick and we'll see each other again in Heaven. Knowing that gives her hope and, I know it's crazy, but I support her decision."

Carrie and Nick are parents to five other children — Elijah, 18, Isaiah, 16, Nevaeh, 11, Leila, 4, and Jez, 1 — in addition to their unborn daughter, who they've named Life. Doctors hope that Carrie can make it at least seven more weeks to give Life the best chance at a safe delivery and survival. However, Carrie suffered a stroke two weeks ago and hasn't yet gained consciousness back. "I don't know if she hears me, but I tell her I love her every day. . . ." Nick said. "I look at her face and know this is what she wants and it gives me comfort. But right now, it's a race against time."

The family has set up a GoFundMe page to help eliminate some of the financial burden the family has faced since Nick quit his job to be with Carrie full time. The devoted husband said he "couldn't be more proud" of his wife, adding, "She made the decision to give Life a chance at life."