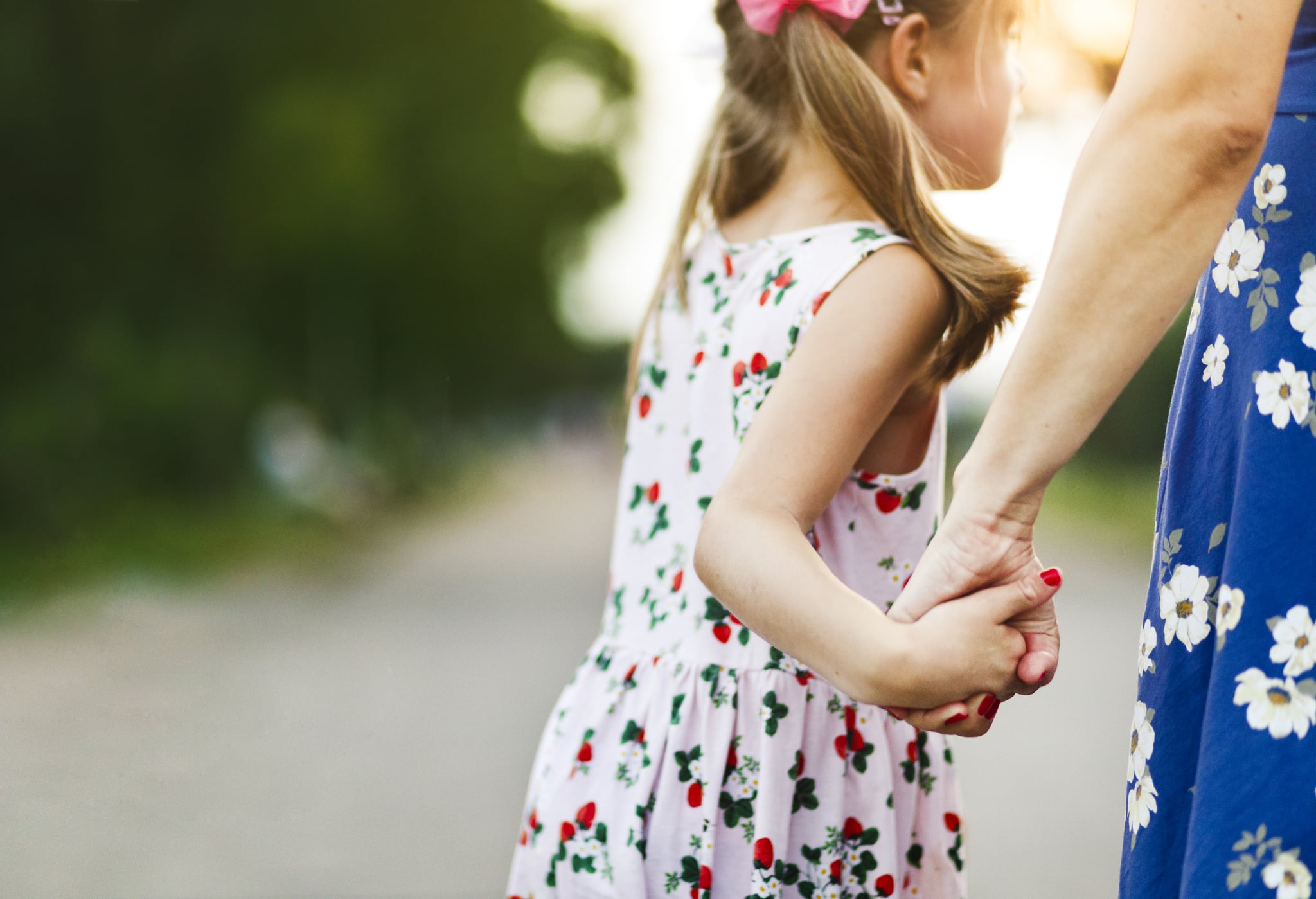 "I don't want to be a part of this family anymore." My daughter spits the words through clenched teeth. Slowly. Calculated.

She knows exactly what she's saying.

At 6 years old, we're experiencing what I can only imagine is a preview of what her teen years will bring. Some days, I'm her favourite person in the world. Others, she's desperate for independence from me. And when she's frustrated, the anger boils over inside her, causing her to lash out in ways she never used to.

Some days, I'm her favourite person in the world. Others, she's desperate for independence from me.

This particular phrase is one she's said to me more than once already. It's something my friends tell me their kids have said as well. But because my daughter is adopted, and because I'm a single mom trying my best to do it all on my own, something about those words cuts even deeper for me.

Related:
How to Handle a Supersensitive Kid If You're a Thick-Skinned Parent

I've explained this to her, of course. In the aftermath, once she's cooled down, I've sat with her and talked about how much those words hurt. Even though I know she doesn't mean them. Even though I know this is just an example of her not knowing how to handle her own childish rage, it still stings. Because this family, our family, it's all I've ever wanted. But it's not the only family she's ever had, and it never will be. So when she says she wishes she wasn't a part of it, I can't help but feel like those words speak to something deeper. And that's hard.

After this most recent outburst, I posted in a private group I run, asking other mothers to share the worst things their kids had said in anger. The comments rolled in, and I realised quickly that I wasn't alone. I also realised I wasn't dealing with the worst of it when two different widows both admitted that their children had told them at one point or another that they wished it had been them, their mothers, who had died instead of their fathers.

Yeah, let that sink in.

Even though I know this is just an example of her not knowing how to handle her own childish rage, it still stings.

The one thing I realised is that kids are dealing with really big emotions inside their tiny little bodies, and they don't always know how to process them all. Sometimes, in their frustration, they're looking for the one thing that might make someone else hurt as much as they are in that moment. It isn't kind. It isn't fair. And it isn't something we as parents should just ignore or overlook. But it is normal. And I guess it's our job as parents to help them work through that, so they can hopefully grow into adults who deal with frustration, anger, and confrontation in a better way.

The truth is, I didn't learn that lesson as early as I should have. For a long time, well into my adult years, I was someone who would say the meanest things I could think to say whenever I felt hurt or backed into a corner. I often didn't mean the things I said, but I had a talent for being able to cut people with my words. It damaged a lot of relationships that were important to me. There are just some words you can't ever take back.

Related:
Sometimes My Anxiety Causes Me to Melt Down in Front of My Kids, and Maybe That's OK

I spent years prior to motherhood working to get that part of myself under control. I attended therapy with the explicit goal of learning to handle confrontation better. And I'd like to think that today, I'm someone who breathes first, and thinks before lashing out. But when I see that same frustration in my daughter's eyes, that same grasping at anything she can think of to hurt me with, purely because she's angry and confused herself, I understand it. And I want to help her learn to work past it now, while she's still a child. Before it has a chance to damage her adult relationships.

Whenever the anger passes, and my girl has had a chance to think and reflect, she always apologises. Once she even cried, clinging to me and swearing that of course she wants to be a part of our family. Of course she never wants me to leave. It's just the meanest thing she can think to say in the moment.

Of course she never wants me to leave. It's just the meanest thing she can think to say in the moment.

We're working on it. Slowly, but surely, we're working on helping her to understand that it's better to ask for a minute to herself to calm down than to lash out as harshly as she can think to. We're talking about the fact that words have power, and that she shouldn't say anything she doesn't truly mean — especially out of spite. And we're spending more time talking about her adoption as well, and the deeply embedded feelings she has about that, which may sometimes contribute to the harshness of her words. She's only 6, and she's got a few additional challenges stacked against her that other kids don't have to overcome. But her heart is good, and she knows she's loved. Together, we'll find a way to help her process her big emotions in a better way.

But in the meantime, for any other parent who has been on the receiving end of those angry words; know you're not alone. Not in hearing them, and not in feeling cut by them. It's our job to remain calm, and to show them a better way. But you're still allowed to admit it hurts, even when you know they don't really mean it. Because it does. And sometimes, they need to know that, too.