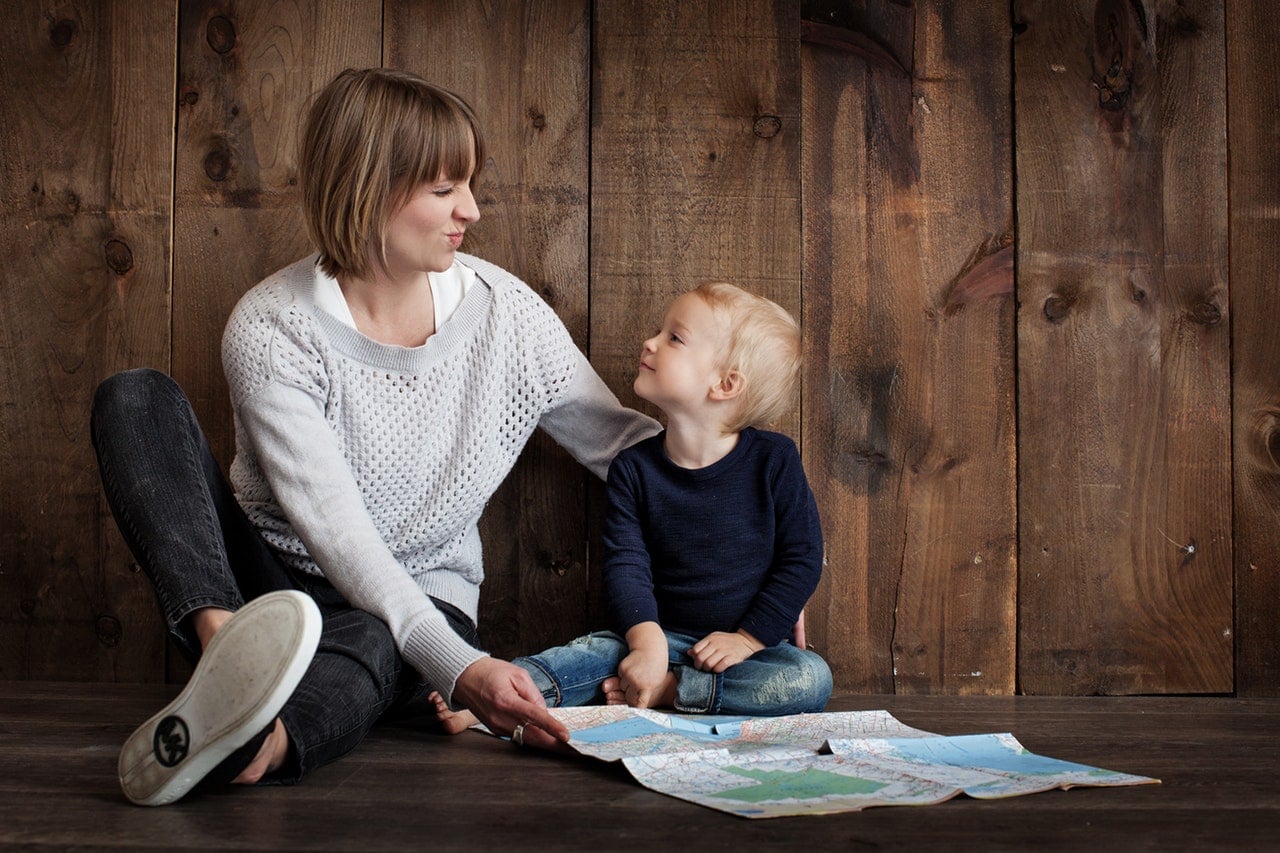 One day at preschool drop off, when my son's teacher asked him how he was doing, his typical "I'm fine" response was replaced with, "My mum took a shower." Disregarding the fact that his answer had no correlation to the question, all I could think of was what his response would've been if I hadn't bathed that morning, and most importantly, how do I distract this kid before he spills some real unpleasantries to both acquaintances and total strangers?

My son, the adorable ticking time bomb, is locked and loaded, ready to nark on me at a moment's notice.

That slightly-awkward-but-not-yet-totally-embarrassing moment was my first experience with my child's recent obsession with informing the unassuming public about my personal business, but it certainly wasn't the last. Since then, it's been one cringe-worthy experience after another. The other day while checking out at the grocery store, my son thought it was the perfect moment to tell the cashier that his mummy ate four cupcakes for breakfast. Was it true? Yes, but I don't want her (or anyone) to know that. And in my defence, they were those mini cupcakes where each one is like a single bite. So four to six individual ones equal one regular size cupcake, right? OK, great. Glad we agree. Anyway . . .

My son has officially entered this dreaded phase, or what I like to call the "telling-my-parents'-business-to-anyone-that'll-listen" phase. No place is safe from his compulsion to spill his guts about mummy and daddy's behaviours. This past Sunday, he decided church was the perfect place to yell to the entire congregation that mummy's boobies have "owies." You may be wondering why he would say such a thing. Well, because breastfeeding is a cruel, painful bitch, and he barged into my bathroom while I was putting the largest amount of lanolin on my ladies. After asking what I was doing, I gave him a simple toddler explanation, which he regurgitated to everyone who decided to join us in some wholesome worship.

My son, the adorable ticking time bomb, is locked and loaded, ready to nark on me at a moment's notice — not that I'm doing anything bad or trying to hide from anyone, but c'mon, kid! Stop telling dad how many Amazon packages were delivered today, and please spare him the details about how mummy backed the car into the garbage cans (again). Oh, and if you could refrain from explaining to him on repeat what we got him for his birthday, that'd be great.

Related:
This Mum's "Poem" About Public Breastfeeding Is Even Better Than Her Photo

It's bad enough I have to watch what I say because this child has the freakish ability to memorize a word or phrase after only hearing it one time. I had to alter all my favourite swear words, and even that didn't help. Do you know what it sounds like when a toddler says "shoot?" It sounds exactly like "sh*t," ladies and gentlemen. Even with my best efforts in eliminating any existence of a swear word from my child's vernacular, my child walks around sounding like a tiny sailor.

So, what's a mum to do? Honestly, I don't even know. I'm hoping at some point — hopefully soon — my life won't seem so interesting, and he'll turn his attention elsewhere. Better yet, maybe he'll align his sights on dear ol' dad for a change. I'm sure stories about dad letting one rip at the grocery store only to blame it on the baby are far more entertaining than mum applying lanolin to her tore up nipples any day. Until this change happens and someone else becomes a target, I'll just be over here hiding out in the pantry stuffing my face with cupcakes — the tiny ones, of course.