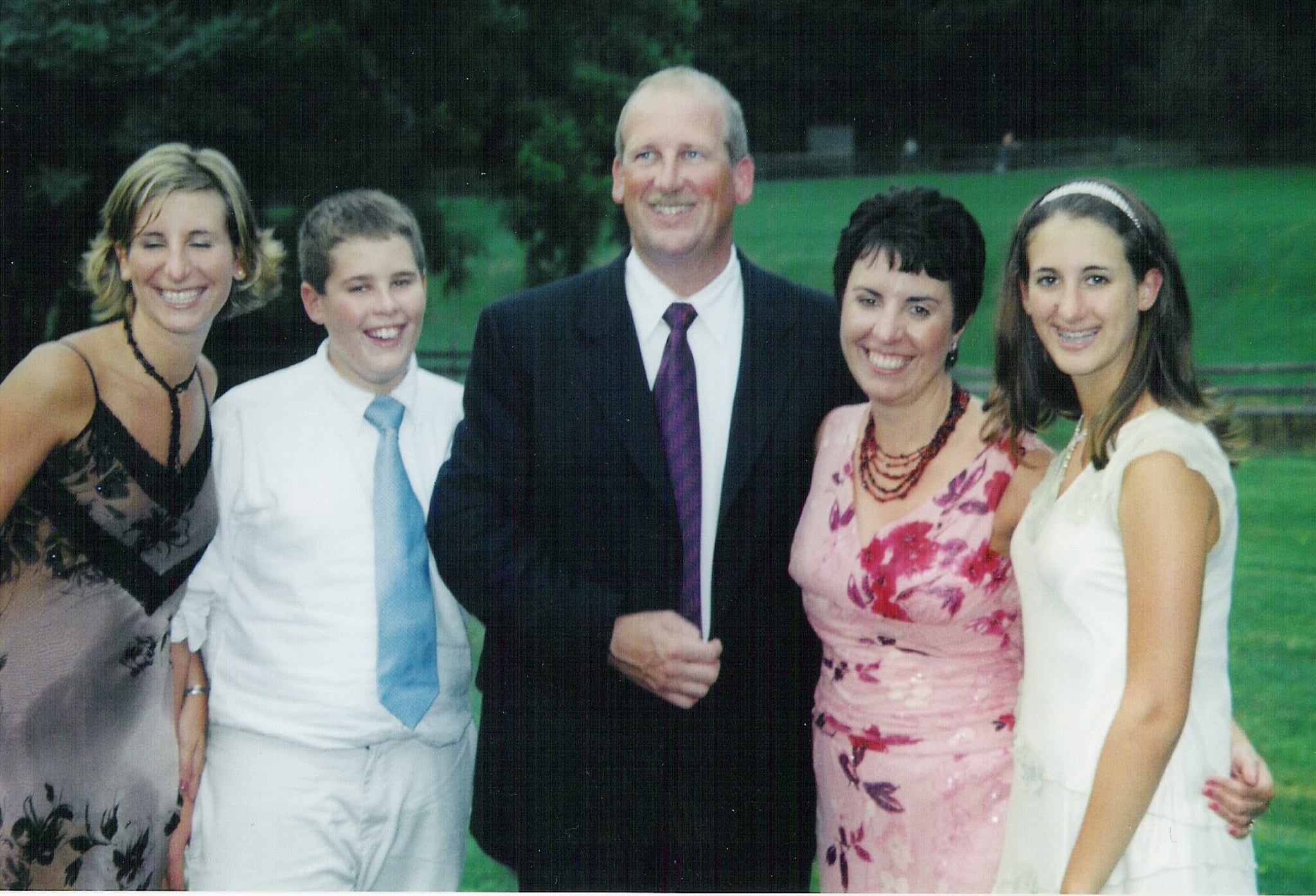 My childhood memories are somewhat of a running joke in my family. You see, I have the memory of an elephant and can recall vivid details about growing up . . . as a middle child.

It's definitely fun being able to remember every family holiday and significant date on demand, but it can also be infuriating when you swear to your mother, for the 15th time, that it was your older sister who she took to see The Lion King on Broadway and not you. Or it was your younger brother that went on that one field trip, that one time, and not you.

Related:
Having Grown Up Without Siblings, I Refuse to Have Just 1 Child in the Future

But that's every middle child's greatest plight, isn't it? For every one memory you have, it feels like there are two you don't. Moments that went to the first and the last but somehow skipped over you.

But that's every middle child's greatest plight, isn't it? For every one memory you have, it feels like there are two you don't.

But of course you can't tell (or convince) your family of this, because you have "Middle Child Syndrome," and every reaction you have is overly dramatic or exaggerated. Any mention of a less-than-idyllic childhood memory is greeted by exasperated sighs and condescending remarks, like, "Oh yes, Amanda, you were sooo deprived."

So, I'm just gonna go ahead and speak on behalf of all middle children and say: CUT IT OUT. Because what we hated more than being a middle child was the stereotype.

It wasn't even so much that I hated being born in the middle. I like my nice, cosy sibling sandwich and appreciate having an older sister to borrow clothes from and a younger brother to tease. What I hated was that any type of "big feeling" I had throughout my life was overcast by some type of "Oh, she must be a middle child" sentiment. My reactions and feelings were attributed to being a middle child, and thus, unwarranted. They held no weight, had no pull, and received no action (besides lighthearted mockery).

Related:
I Absolutely Loved Growing Up as the Middle Child, Because It Gave Me Freedom

To be honest, as I write this, I can feel my mom rolling her eyes and hear my dad snorting in laughter from here. And in some ways, they'd be right. What were they supposed to do? Validate every foot-stomping tantrum I had my whole life because they wanted to make sure I felt "seen?" It's comical, and a little too nuevo-parenting, even for me (yes, I'm a mom, too).

But, I'll tell you one thing: if you're looking for a sure-fire way to ignite a middle child's defencive or sarcastic nature, it's by belittling their feelings. 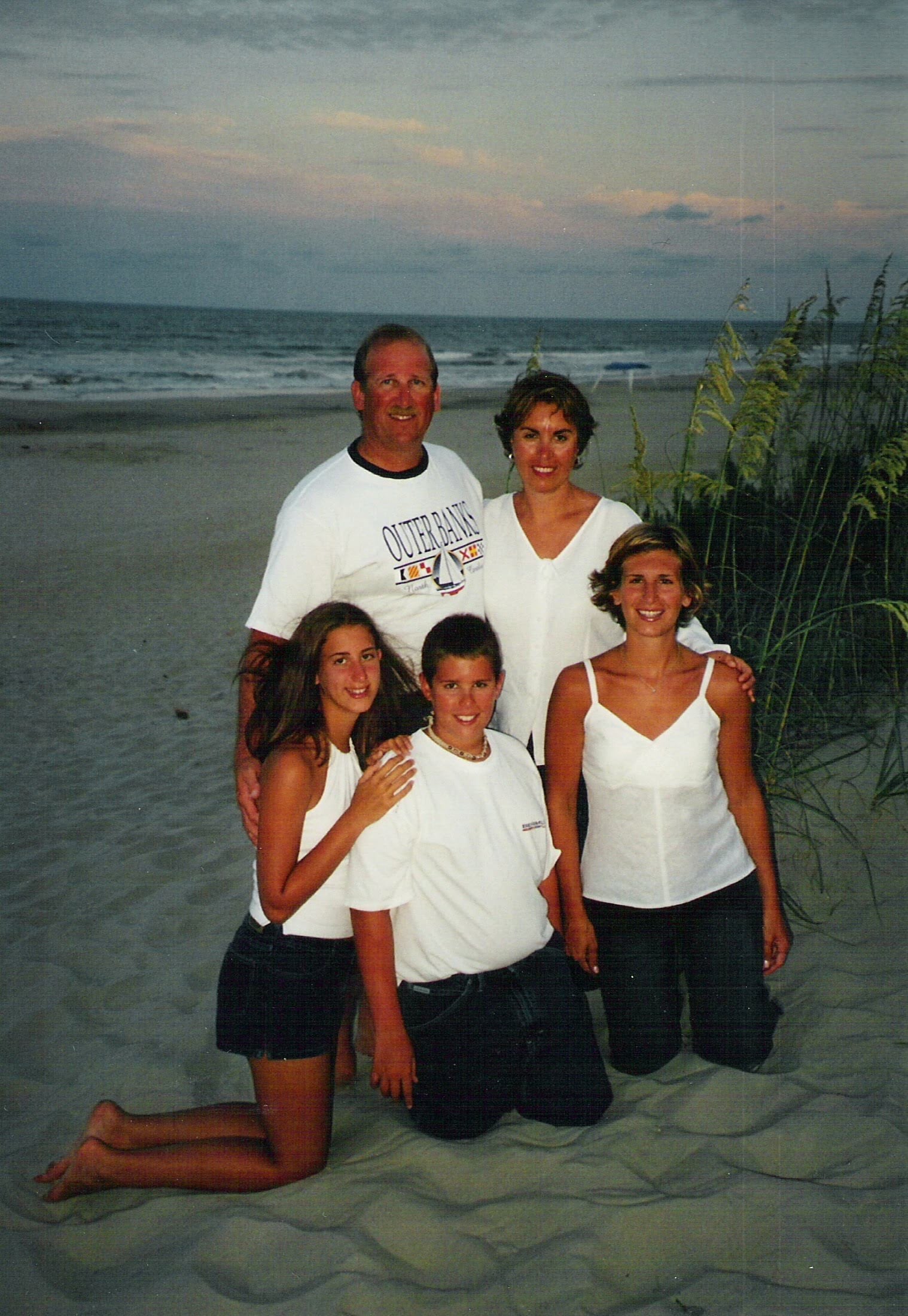 There is one childhood memory in particular that has gotten told and shared so many times that it's become family fodder. As the second daughter, I was always receiving my sister Valerie's cast-offs. Up until then, I had been riding her rusty pink hand-me-down bike (there were cute tassels, I'll give it that), and I remember asking for a new one for my birthday. I can't recall which birthday it was, but I do remember my dad coming home one day with an even rustier bike that our neighbour was going to throw away, insisting that he could fix it up for me. Was this trash-find my birthday gift that year? No. But the "Get a new bike for Amanda" box was definitely checked off my parents' to-do list. Fast forward to six months later, Christmas morning, when my brother Mark ran out into the garage in his PJs to find a shiny new red bike waiting for him . . . dramatically (perhaps cruelly?) parked next to my second-hand ride.

My reactions and feelings were attributed to being a middle child, and thus, unwarranted.

I can't remember my reaction that day, but obviously those feelings of disappointment and jealously stuck with me, because years later when I told that story at the kitchen table, my mom scoffed and said, "Why do you even remember that?" This has henceforth become known as the "bike story" and used as comedic material by my family on multiple occasions. Since I never did get that "new" bike, they started jokingly buying me tote bags with bicycles on them or stationery with a little cyclists illustrated at the top.

[Side bar: I know this is all a nonissue. My parents were the best, and I was, and am, very fortunate to have been raised in such a loving and kind family. I am by no means trying to imply that my childhood was in anyway marred by my rusty bike.]

That being said, the "bike story" became an analogy for my middle childness, and every time someone in my family laughed about it, I became more and more indigent. Eventually, I made a big stink about buying myself a bike. I was an adult, living with my husband in a studio apartment. I bought a bike and stored it behind our couch for months. After that (admittedly) lapse in judgement, my husband got in on the joke, too.

But it was never about the bike, fam! I just wanted my feelings to be validated. I wanted someone to say: "I remember that! That was kind of messed up!" I would have acted pissed about it for the rest of the conversation, we all could have laughed about it, and I *probably* would have moved on. So, Mom, when you ask "Why do you remember that?," it's because it mattered. At the end of the day, all we seek as middle children is acknowledgment. So please, the next time you hear a woe-is-me story from the middle child in your life and want to nip it in the bud real fast, just greet them with sympathy instead of sarcasm. I swear it will work (Mom)!