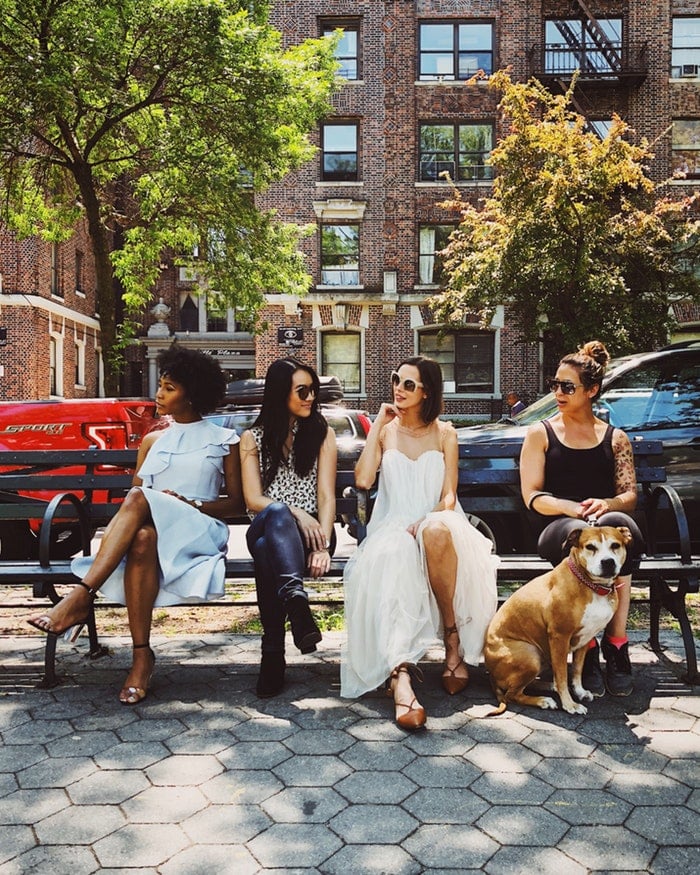 There are several events all military spouses can count on, and the biggest one of all is the Permanent Change of Station (PCS). Our last PCS happened in the middle of my husband's year-long deployment to Iraq. Unabashedly, the first thing I did was cry. I knew this meant several very big things for me — it meant moving across the country with three kids and two dogs solo, and it meant leaving my mum group. The sleepy, rural town outside our Army base gifted me some of the very best mum friends I have ever had. The thought of leaving them behind was horrifying.

As a 30-something woman, I found myself in high school all over again. It felt like I was the kid with ugly clothes, acne, and no clique to call home.

The move itself was uneventful, and I was thankful to finally arrive in our new town. It wasn't until school started that Fall that I felt a deep feeling of being an outsider. I remember that first week of school like it was yesterday. Having zero friends to chat with in the mornings was really taking a toll on me emotionally. One of my Army wife friends suggested I try to smile more (I have a bad case of resting b*tch face) and say hello to people. While this seemed like good advice at the time, it became apparent this was not how things were done around here. I was met with bewilderment and sneers, and many times, I was outright ignored. The mums in my new neighbourhood already had their friends, and they were not shopping for a new one.

Related:
How to Maintain Your Friendships, When You've Just Become a Parent

As a 30-something woman, I found myself in middle school all over again. It felt like I was the kid with ugly clothes, acne, and no clique to call home. One group of mums I was very specifically ignored by were women who even did the same things as me! We all dropped our oldest children off at school, had workout clothes on, jogging strollers and dogs in tow, and went for a walk or run. Every. Single. Morning. For the first couple of weeks, I tried so hard to fit in with them. I would say "Good morning" or "How are you today?" or any other number of things to get them to talk to me. It never worked, and I was discouraged.

My daughter asked me one time why I always ran alone (I always had a workout buddy in our old town). I was honest with her and explained that no one wanted to run with me. I told her that some kids are mean, and those mean kids grow up to be mean adults. I told her that our job is to always be kind, no matter how many times we're ignored or how easy and good it would feel to be mean back.

On the very day I finally stopped trying to fit in with that group of mums (and showed up wearing Harry Potter pyjama pants), I was gifted friends. One woman spied my Slytherin gear and said, "Well, I'm a Ravenclaw, but I suppose you're cool." Another mum in the crowd chimed in with, "I'm a Gryffindor, but we can all be friends!" I thought I was going to cry. Two friends in one go felt amazing after many months of being very lonely. We all exchanged numbers and became fast friends. At long last, I had a mum group of my own, and my new town began to feel a little bit more like home.

The mums who ignored me for the past two years taught me a valuable lesson. They helped me teach my daughter and my sons that valuable lesson. They made the friendships I did end up making that much sweeter and dearer. There are obvious signs when someone is lonely, when someone needs a friends, or when someone is reaching out. You can choose to ignore them, or you can choose kindness. As we begin the process of another PCS, I'm holding this lesson close to my heart. I don't know what type of mums I'll meet at our next place, but I do know that I'll be kind. I'll say hello and try to put myself out there, and maybe one of them will be kind in return. Maybe one of them will be a Ravenclaw looking to adopt a Slytherin, and I'll once again make a new place feel like home.

Female Empowerment
Nervous About Starting a Family Because of Your Career? This Working Mum's Post Will Put You at Ease
by Murphy Moroney 11 hours ago

Healthy Living
I Love My Menstrual Cup, but This Month, I Traded It For Period Undies, and I'm So Thankful
by Jenny Sugar 12 hours ago

Personal Essay
I May Never Have Kids, and I'm Actually Not OK With That
by Kit Stone 15 hours ago

Healthy Living
I Have Depression, and I'm Proof That You Never Know the Battle Someone Is Wageing Inside
by Jac Gochoco 1 day ago

Little Kids
I Didn't Think Twice About My Plastic Habit . . . Until My Second Grader Made Me
by Rachel Spalding 1 day ago

Paternity Leave
Mom Gently Reminds the World That Maternity Leave Isn't a Holiday in Any Way, Shape, or Form
by Murphy Moroney 4 days ago