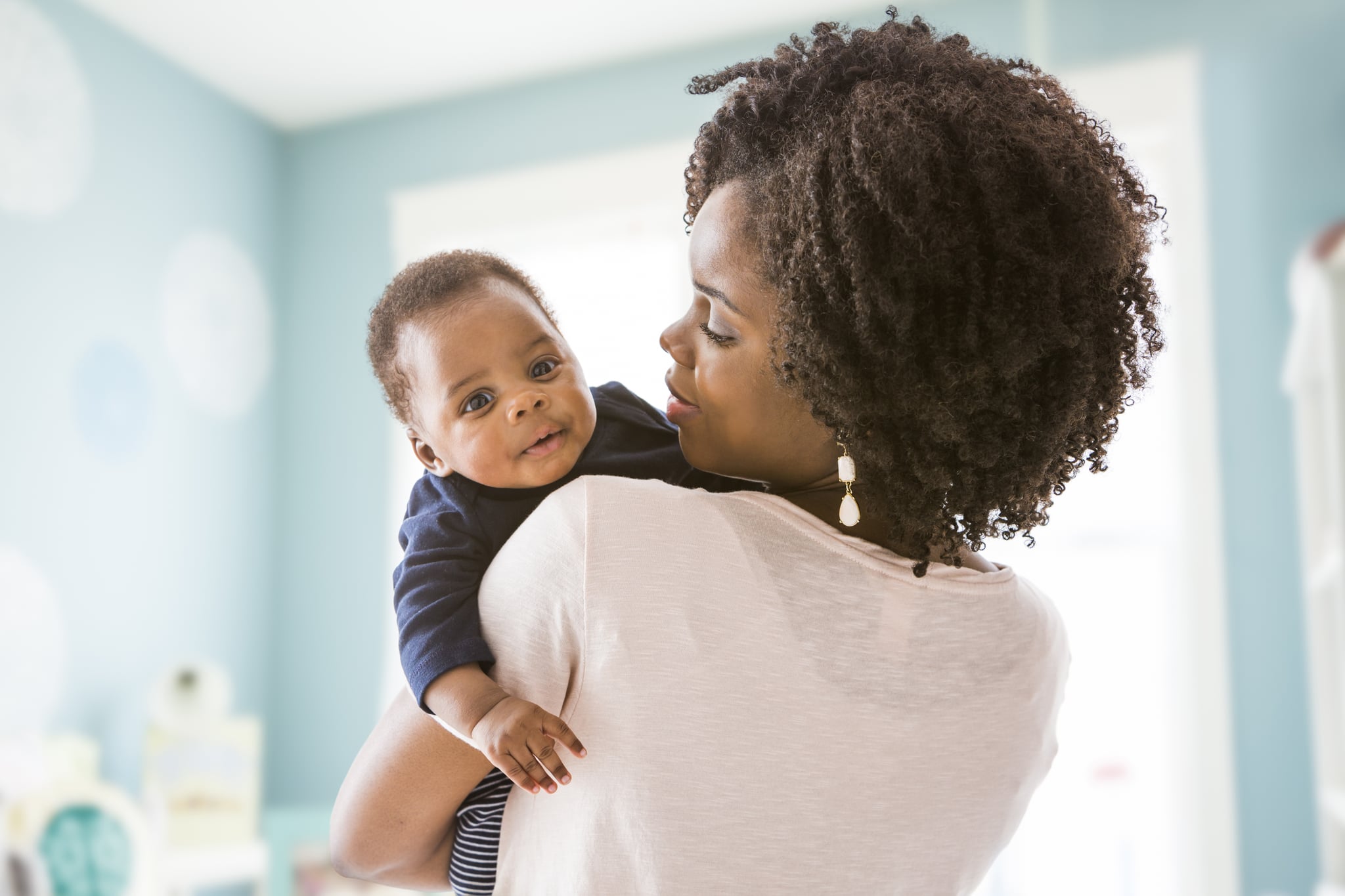 As an expectant mom, I saw so many beautiful images of women breastfeeding their babies. I was confident that breastfeeding was the route I wanted to take, and barring any major obstacles, I was determined to take it. After all, we're talking about the most natural way to feed a baby, right? Little did I know, "natural" wouldn't come all that naturally to me.

The struggle started in the hospital. Those days were such a blur, but what wasn't a blur was how badly my nipples hurt. Arriving home, things didn't get any better. In fact, they got worse. In typical newborn fashion, my daughter Lucy wanted to eat around the clock, leaving no rebound time for my nipple situation to improve. My mom, having breastfed both my sister and me, was supportive. "It'll get easier," she would say. Meanwhile, my grandmother would pull me aside: "Girl, why don't you just give that baby a bottle?" she would whisper.

It all came to a head one day when my mom stopped by to check on me. It was a steamy Summer day, and in my foggy mind, I hadn't thought to turn on the air conditioner. Sweating profusely and sobbing uncontrollably, I screamed, "I don't want to feed her!" The look on my mom's face was the same as the emoji with the bugged-out eyes and red cheeks. "Hand me the baby," she said gently, then backed away from me as my meltdown ensued. I had hit a breaking point. I couldn't take any more. On top of being sleep deprived and hormonal, I was in serious pain. Not just "Ouch, that hurts" pain, but "I hope I still have nipples after this experience" pain. And now I felt as if I was going to have to give up on a goal that I felt so strongly about attaining. My boobs were exploding with milk, so what was really the problem? It was as if a mysterious villain was out to get me. I needed a superhero. And that superhero would end up being a lactation consultant.

Related:
I Learned This 1 Breastfeeding Tip From the French, and It's Magic For Cracked Nipples

I set up an appointment with a centre that operates in conjunction with our local hospital and works to create a culture of support for breastfeeding moms. I was excited to find that I would be meeting with Linda — word around town was that she was the Wonder Woman of the lactation world. I walked into this consultation nervous not knowing what to expect, but knowing that I needed relief. Linda indeed possessed superpowers — kindness, patience, and expertise — and from the moment I started to explain what was wrong, she knew just how to coach me to make things right.

Linda immediately identified the issue: our latch wasn't cutting it. Unlike with bottle feeding, breastfeeding babies have to take in more area than just the nipple to latch successfully; otherwise, baby is chomping down on mom's sensitive nipples with those hard gums. My sleepy newborn didn't have the energy for all of that, and I didn't know that I could encourage her to do so. Using a doll and a diagram, Linda showed me what it should look like for Lucy to latch on. Even though I had learned all of this in a breastfeeding class, I didn't know how to achieve this as a first-time mom. First, we weighed Lucy so that we'd be able to determine how much milk she took in while feeding. Then, we got to practice. We tilted Lucy's head back and aided her chin down, thus helping her open her tiny mouth wider before she latched on. After a number of repeated attempts, Linda helped us to accomplish the desired latch, and wow, did it feel different.

When we weighed Lucy again, she had gained a few ounces — success! But that wasn't the only success. With our new and improved latch (and some prescription-strength cream that only a specific pharmacy would fill for me) my nipples were no longer feeling like they were being forcefully removed from my body. We were headed in the right direction. Linda saved my breastfeeding journey, and she certainly saved my nips. Leaving the appointment, I felt empowered. Not only did I know what to do to appropriately feed my baby, but I felt that I had someone else in my corner cheering me on as a breastfeeding mother. The support didn't end on that day when Linda first rescued me from the abyss of breastfeeding distress. At a follow-up appointment a week later, she double checked our latch and weighed Lucy to see how much she had gained. I now looked forward to feedings, and I was finally able to relax, bond with my baby girl, and enjoy the experience.

Related:
Yup, My Nipples Still Hurt After Months of Nursing With a Proper Latch

Although I looked a mess during those early breastfeeding days, I finally felt like the models in the pictures I had seen when I was pregnant — those models who made breastfeeding look like a cinch. I went on to breastfeed Lucy for 15 months, and for six of those months she was exclusively breastfed. As a huge bonus, she didn't get sick, which I believe is thanks to the antibodies in breast milk. That's why I tell others the full truth about my breastfeeding journey. As women, we are built to be strong and our bodies can achieve incredible feats, even if the achievement requires a bit of a struggle.

In hindsight, I am glad my breastfeeding journey went the way it did, even with a rough start. It was an important reminder that just because something is considered natural, it doesn't mean it will come naturally for everyone. And it helped me realise that if it doesn't come naturally, it's okay to get the help I need, especially on this parenting journey.

Toddlers
Can Toddlers Get Sick From Drinking Bath Water? Here's What the Experts Say
by Sydni Ellis 3 weeks ago
Latest Parenting
×