Still unsure what the heck a VSCO girl is? Never fear — we just found the picture-perfect example to illustrate it for you. A dad from Kansas is making the rounds on social media after dressing as a VSCO girl for Halloween, and his getup flawlessly ticks off every checkbox for embodying the aesthetic.

In footage first shared by his daughter on — where else? — TikTok, he's seen transforming from a regular ol' jeans-wearing dad into a friendship-bracelet-hoarding, reusable-water-bottle-sipping teenager with the snap of a finger. His wrist is stacked with a collection of multicolored scrunchies, there's a puka shell necklace around his neck, he's rocking Crocs and Nike crew socks, and of course, his t-shirt is oversize and features a slogan about saving turtles. Meanwhile, his wife is dressed as an eboy — a popular term used to describe "emo" teenage boys — by wearing a black t-shirt, chunky chain necklaces, and dark nail polish.

These parents didn't just wear costumes to mimic these popular teen personas — they full-on acted like them too as their daughter filmed funny videos of them in front of their home. They jokingly partook in TikTok's "Eyes Lips Face" Challenge, all while staying in character. The mom acted sullen and moody, while the dad maintained a chipper and friendly demeanour, in true VSCO girl fashion.

Of course, no VSCO girl costume is complete without a little "sksksk" — an expression many teens utter aloud and type over text to denote laughter or general enjoyment. The father uttered his best "sksksk" and even slipped in an "and I oop," as a reference to one of the internet's favourite phrases.
See for yourself to LOL.

Someone please get this dad a scrunchie-covered crown, because he officially wins Halloween 2019. 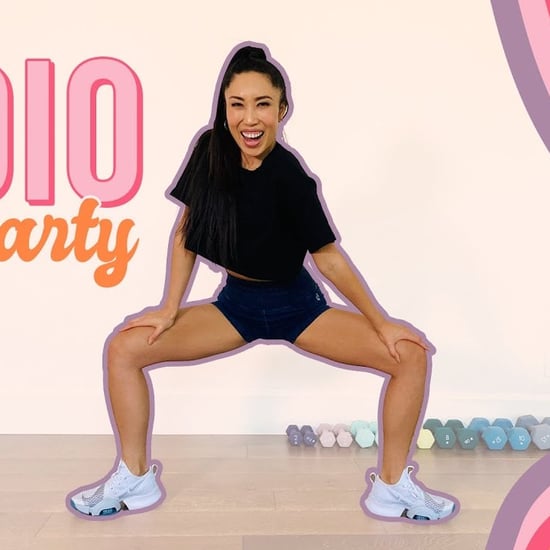 Workouts
This TikTok Cardio Workout Has All the Lunges, Squats, and Planks You Need to Get Sweaty
by Maggie Ryan 2 weeks ago 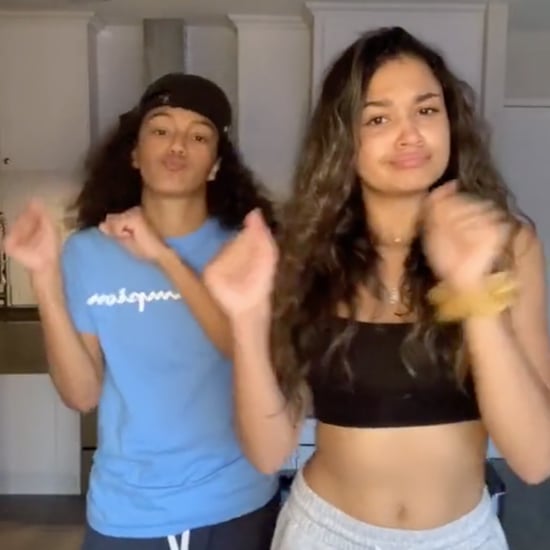 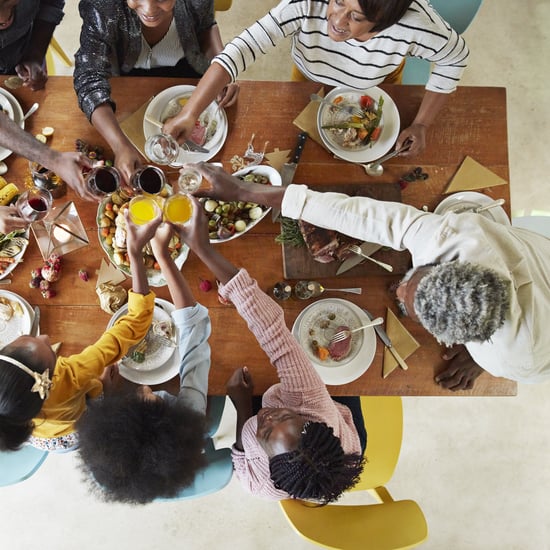 Little Kids
Ways Your Family Can Celebrate (or Learn!) About Juneteenth
by Murphy Moroney 3 weeks ago
Latest Parenting
×