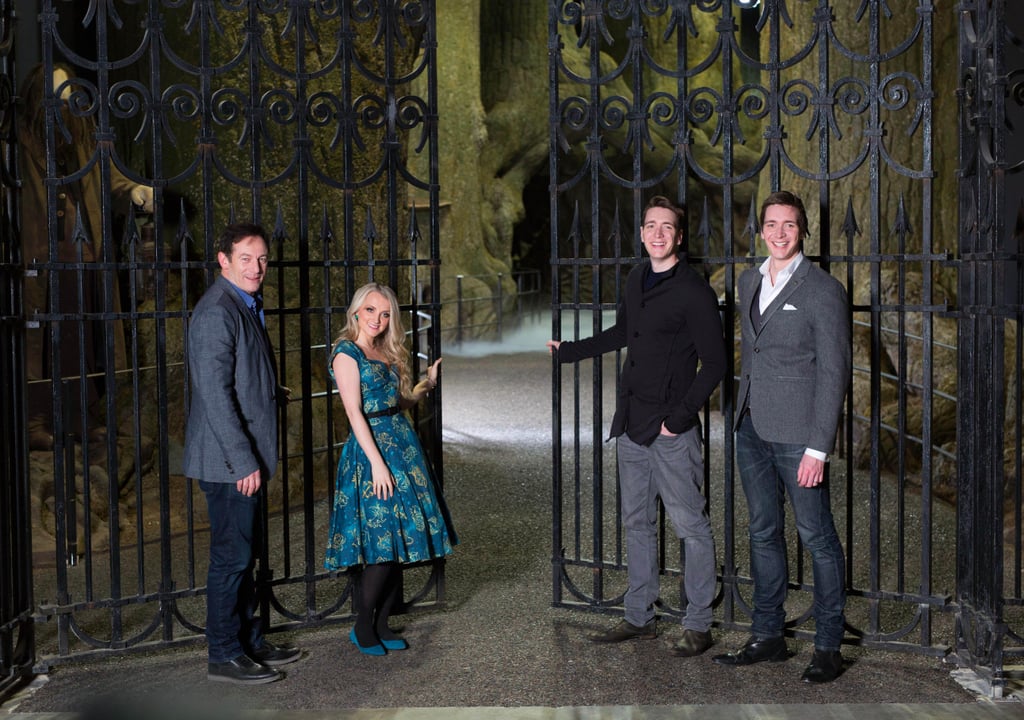 Any day with fresh Harry Potter news is a good day to be alive. Fans can soon follow the spiders to the new Forbidden Forest attraction at Harry Potter Studio Tour London, and members of the movie cast reunited to bless the world with a sneak peek of the expansion.

Evanna Lynch (Luna Lovegood), Jason Isaacs (Lucius Malfoy), and James and Oliver Phelps (Fred and George Weasley) came together in stunning photos of the Forbidden Forest showing what it will hold, including a life-size Buckbeak and a giant (and slightly terrifying) Acromantula, Aragog. The Forest is also filled with 19 enormous trees (each with a diameter of over 12 feet) that fans can walk through.

"It's so exciting to step in to the Forbidden Forest again," Evanna said. "Production Designer Stuart Craig has perfectly recreated the mysterious and sometimes menacing atmosphere we all felt during filming in the 'off-limits' location. Being inside the forest surrounded by magical creatures always felt like a safe place for my character, Luna, so it's amazing to be back."

Mark your calendars and book your trip to London ASAP; the attraction officially opens on March 31, and entrance is included in the general admission ticket of the tour.

Related:
Here's Why the Harry Potter Studio Tour Should Be on Your Bucket List
Previous Next Start Slideshow
Join the conversation
Travel InspirationTravelHarry Potter
More from POPSUGAR
From Our Partners
Related Posts