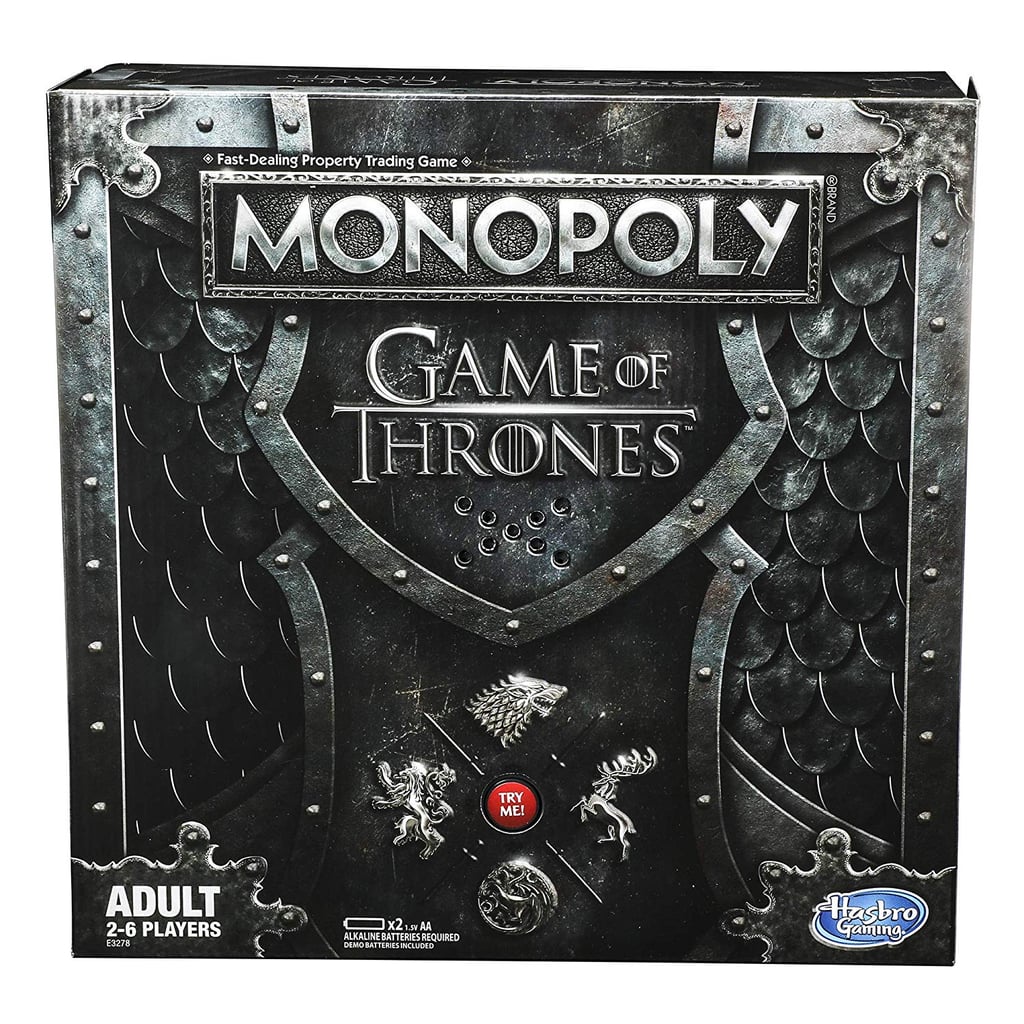 A Game of Thrones Monopoly Exists, So Get Ready For Intrigue, Valour, and Betrayal IRL

When you play the Game of Thrones Monopoly, you either win or you . . . go bankrupt? As if the popular board game wasn't contentious enough (seriously, I've had to dodge flying houses and thimbles before), now the stakes will be even higher. The collector's edition version promises to "transport fans into a world of intrigue, valor, and betrayal." I've seen my fair share of betrayals with regular Monopoly, so I'm more than ready to get my hands dirty playing this epic iteration.

Fans can choose between pieces such as a direwolf, a three-eyed raven, a White Walker, and more. Locations on the board include Winterfell, Braavos, King's Landing, and Castle Black. Get the game and start strategising ASAP! See photos ahead of what to expect!

morgan lane
Monopoly Pajamas Exist, and We Can't Wait to Wear Them This Holiday Season
by Nikita Charuza 17/11/20