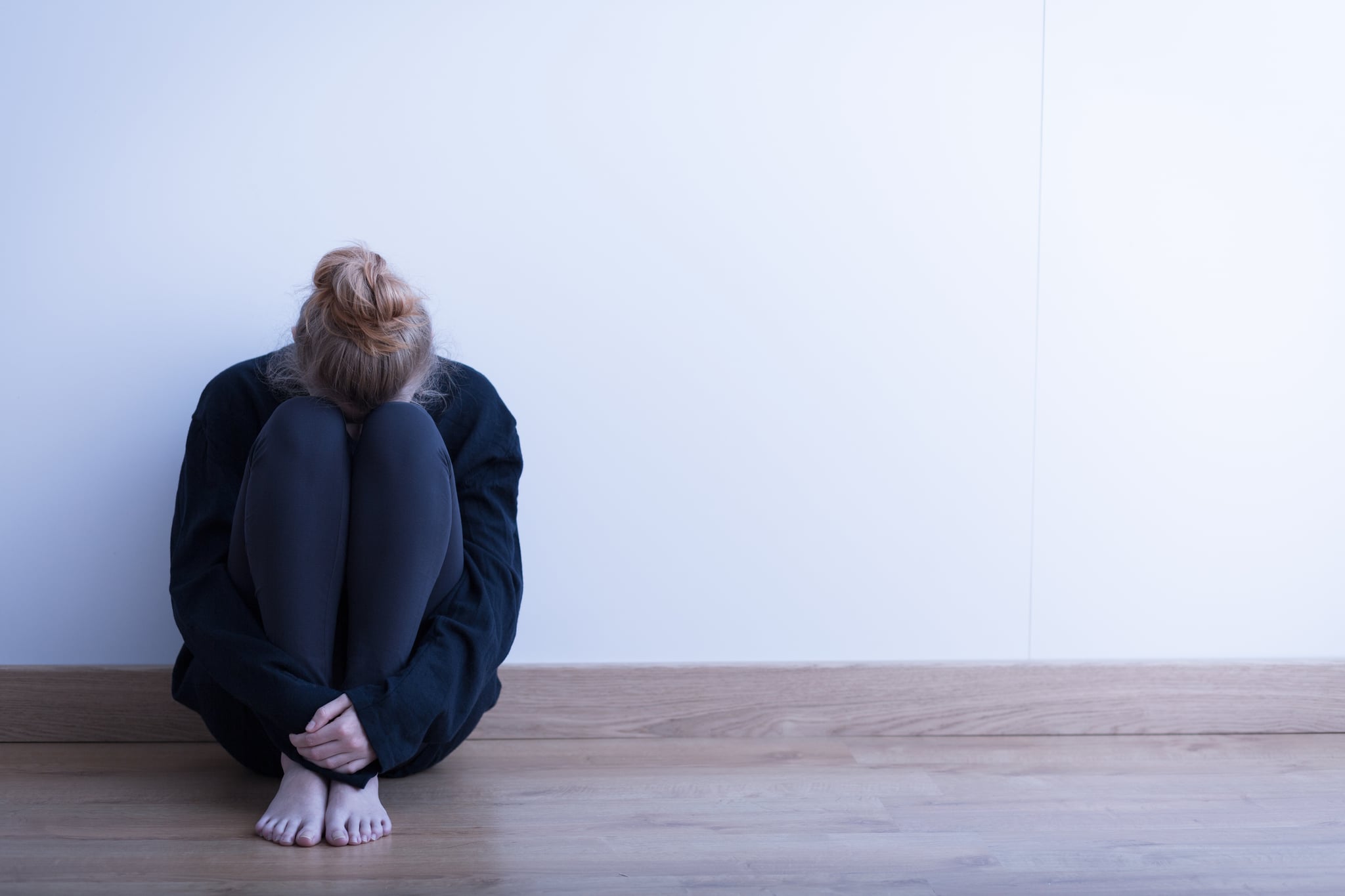 You may be the boss of you as an adult, but when you have anxiety, it can feel as if you are never in charge. There may seem to always be something hovering over you and stealing the wheel from your hands when you least expect it. In so many ways, anxiety can operate like a prison. It's a sentence that you didn't ask to serve or do anything to bring it on — most likely anxiety was handed to you by genetics or a traumatic situation — but it's one that many people deal with, whether as a short-term sentence or a life-behind-bars type of scenario. It took separating from a former partner for me to understand how it had affected me.

And it wasn't just my anxiety that reared now and again (an occasional sentence? community service?) that hurt my progress emotionally, but it was being romantically involved with someone who held it against me, hovering over my head, trying to make me feel bad about myself. Using it as a weapon for control.

It made the anxiety worse, not better, and in that case, there were two prison guards and one operated more covertly than the other (the former partner, not the anxiety). As I walked away from the situation, I started to see the writing on the wall.

I realised I was worth something and that while I can be anxious, anxiety does not rule and will NOT rule me.

For me, anxiety comes in waves and various time periods. There are some days, weeks, months, and even years of my life in which I told anxiety where to go and it left and other times in which it made sure I was firmly behind bars.

When an eight-year-long relationship with mine ended, I was stressed. Life was changing irrevocably from what I once knew it to be. Someone said to me, "when it gets stressful, why not take medication?" I believe that is an acceptable choice and no one should shame anyone for making the choice to medicate, but for me, I decided not to. Everyone has to make a choice right for him and her.

Instead, I joined a new gym. I started running. I made a support group of friends who were in the same boat I was in. I went to therapy. I went on dates. I had fun. I began to write more. Even when I felt anxious and bad, I didn't allow it to stop my life from happening. I had remembered that I had left a situation that didn't make me happy and so therefore, I needed to find happiness again, even if I could feel myself worrying. And that really is what makes anxiety a beast that's difficult to slay.

On one hand, you want to be able to move forward and you understand completely that it's not you but your anxiety/panic attack/panic disorder or phobia keeping you from moving ahead. On the other hand, the anxiety can grip so tightly that as much as you want to move forward, you just can't.

It can feel as if you are behind bars and want to get out so badly but don't know how.

My whole life I have been a gregarious girl. Outgoing and bubbly. I was never afraid of public speaking and was on stage and TV for a big part of my early career. But when my daughter was having a tough time due to changes in both of our lives, I had a few panic attacks in a row. It was awful!

Have you ever felt as if you were having a heart attack? Or perhaps feel as if your throat were closing up? I went through it and still, I went out with my child. I went to work. I went to the gym. I moved through it. I know it's not easy. I know it's impossible for some people to do. I know it's hard to think, "I am OK — it's just a panic attack."

I wish I could tell you the magic word for how I managed to move forward while feeling that tightness in my chest and throat. There were no medicines or magic words. I just wanted to live and be happy more than I wanted anxiety to force me into a cell. I had left an unhappy partnership and had felt so utterly lonely, sad, and unloved at the end that there was no way I could let anxiety, no matter how temporary it was, run the show.

I could not be a prisoner to negative thinking, future forecasts of disasters, panic over the worst happening, and then some. For all of you who have been anxious for two minutes, two days, two months, two years, or two decades-plus, you know the feeling of: doom, panic, sick tummies, headaches, fearing the worst even if the worst has a 0.2 percent chance of happening, googling stuff that simply makes you worry more.

How could any of that be fun or be by choice?

It's not. To those people who say, "just go do some yoga," it's not always that simple. For me, I knew I had anxiety that would come and go, and when it came could cause stress and worry for me that I didn't need. In other ways, I was also able to channel that worry into creative work, using the worry as fuel.

It can feel as if you are behind bars and want to get out so badly but don't know how.

As hard as it can be, though, you have to be tougher. Whether you are anxious for a day or a decade, you must make the choice to be stronger. To want happiness more than you want fear. To realize that you can beat this. That this is not never-ending. That you deserve to live a life full of happiness and less fear.

That with a little work, your world can open up right in front of you. That you can slam the door to the prison.

Is it hard? Yes. How will you do it? That answer varies for everyone, but decide today that you deserve to live a life free of anxiety — because you do.

Personal Essay
I Started Meditating With My Fiancé, and I Swear It's Making Me a Better Partner
by Victoria Moorhouse 8 hours ago 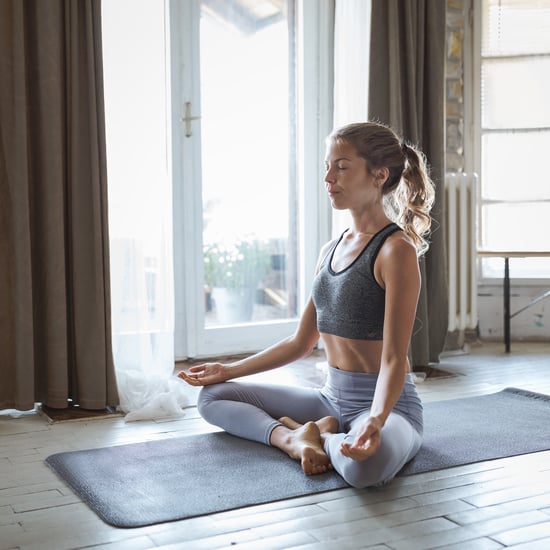 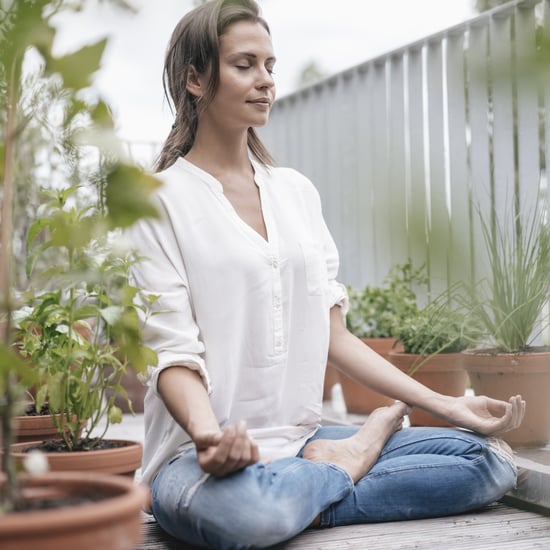 Healthy Living
Sometimes My Eye Feels Like It's Twitching Morse Code — What's It Trying to Tell Me?
by Jenny Sugar 1 week ago

Yoga
New to Yoga? These Beginner-Friendly Flows Will Help You Stretch Out and Find Calm
by Maggie Ryan 1 week ago

Healthy Living
Sleeping In May Be Causing Your Morning Headaches, According to Experts
by Chandler Plante 1 week ago

Personality
What Is Human Design and How Can It Help You Find Your Purpose? Here's Everything to Know
by Sara Bacon 2 weeks ago
Latest Smart Living
×