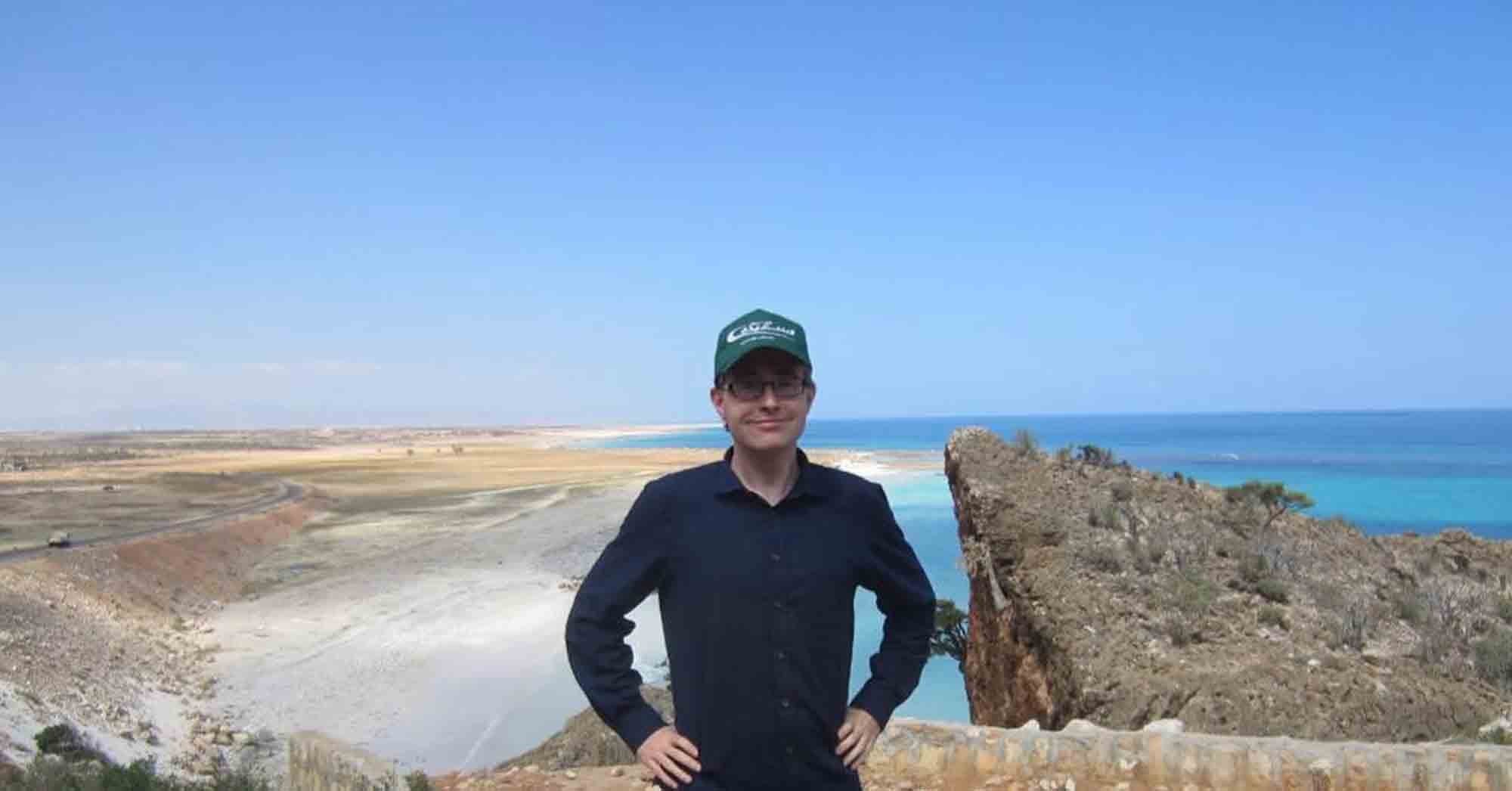 Henrik Jeppesen has seen it all. After devoting seven years of his life to travelling the world by himself full-time, Jeppesen has visited every country on Earth and 98 out of the 132 territories. And he did it all before the age of 28.

Jeppesen's journey wasn't a holiday. Funding his travels with sponsorships from hotels and airlines and revenue from his blogging, Jeppesen lived on an average of $20 per day, much of which went to fees to acquire visas. He would often travel without any bags or luggage, fitting his iPhone, charger, passport, credit card, and extra underwear in his pockets. Jeppesen would rely on the kindness of people, often sleeping as a guest in locals' homes and getting rides from strangers. He estimates that he's hitchhiked over 1,000 times in his life. "[While] hitchhiking, I encountered a lot of people who were really strange. I didn't know if they were going to do me harm. In those situations, I try to win their trust by being as friendly as possible," Henrik tells POPSUGAR.

"My number one goal for the rest of my life is never to have a 'normal life.'"

But despite the risks of travelling the entire globe alone, Henrik feels the world is an overall "welcoming and friendly place." Henrik adds that, of course, "It's safer travelling the world as a white man." Some of his favourite countries to visit were South Africa, Italy, and New Zealand.

Jeppesen, who has settled in his home of Denmark for the time being, spoke with POPSUGAR to discuss life lessons from his journey, countries he never wants to visit again, and his plans to visit every territory in the world.

POPSUGAR: After visiting all 193 UN-recognised countries in the world, have you noticed ways in which people are similar everywhere?

Henrik Jeppesen: Yeah, I think it's the humour. Just sitting at home, you wouldn't think that you could make a joke with almost anyone in the world. People everywhere talk about getting a beer, with the exception of a few countries. People are generally interested in travel and are welcoming. When I was younger, I expected this dangerous world, but people everywhere are surprisingly friendly.

PS: Why do you think that your trip to North Korea was one of the most interesting experiences you've had?

HJ: It was a completely surreal experience. You can't move around freely, and some of the things I experienced there felt staged. It's bizarre. What's happening in North Korea is horrible, but purely from a travel perspective it was a wonderful experience. There's nothing else in the world like North Korea. It's so unique. I did 98 percent of my travels alone, but for North Korea I brought a friend.

PS: Are there countries that you've been to in the past that you wouldn't be able to travel to today?

HJ: Yeah, Yemen. I visited Yemen just before the civil war broke out. But now it's almost impossible to go. Only a few travellers have been able to. For a lot of these countries that are unstable, you need to visit at the right time. Syria I visited during the war. That trip took a lot of planning.

PS: How do you define visiting a country? Do you count walking in an airport as visiting?

HJ: I'm not one of the travellers who counts airport stopovers. For me, I must experience something in a country for it to count. I must get my passport stamped and go inside the country. But I don't need to spend a week in a country to count it. Some, like the capital of Liechtenstein, you can walk in 10-15 minutes. But I have spent months in quite a few countries. If you have any experience in a country, then it counts as a visit.

PS: What are some cities at the top of your list to visit next?

HJ: Pitcairn Islands and Tristan da Cunha, the remotest island in the world. I've actually flown around Tristan da Cunha but couldn't land because of weather conditions. I'd also like to visit the South Pole at some point. But trips there are expensive, so I guess I'll need a really good sponsorship to be able to go there. I'm looking forward to some faraway places that are more time-consuming to visit. There are some that I'm not sure I'll be able to visit, like Wake Island in the Pacific, which is administered by the US Air Force. I take a relaxed approach to travel now. I've achieved my goal of seeing every country, but it would be a nice bonus to see every territory now.

PS: Would you be the first person to visit every country and territory?

HJ: A few people have visited every country and territory, but the list of places is always getting updated. There's a new territory added every two years, on average. There was one guy who did it about 15 years ago when there were 318 countries and territories on the list. Now there are 325.

PS: Do you have a moment in your travels that sticks out as the scariest experience you faced?

HJ: When my passport was stolen in Gambia. You don't want to lose your passport in a small African country. But I got it back again by screaming and crying in front of hundreds of people at a ferry station. Then they found the thief, and I got it back. It went from being the most horrible moment to maybe the single best moment in my travels. But that was the most frightening experience I've had.

PS: What else is on your bucket list that you want to accomplish in your life?

HJ: I would like to get married and have kids. I'd like to have more of a social life, because I have not had much of that travelling alone around the world. I have a lot of things I'd like to accomplish. The next chapter of my life is to tell my story and inspire more young people to travel. But I could never have a typical 9-to-5 job. My number one goal for the rest of my life is never to have a "normal life."

Staying Home
When Will Europe Be Open For Travel Again? Don't Pack Your Bags Just Yet
by Corinne Sullivan 02/7
Latest Smart Living
×