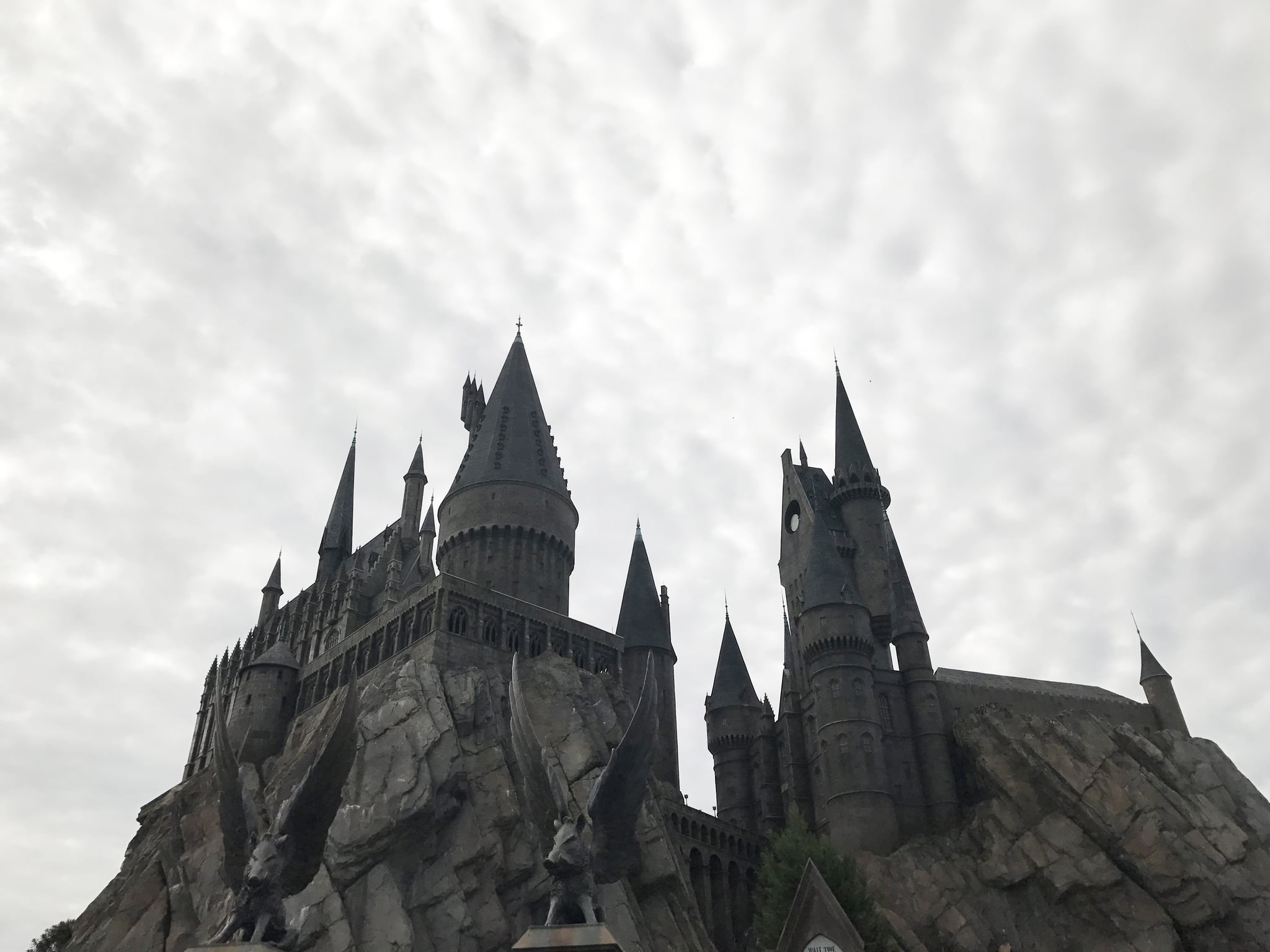 Fact: there is no place on the planet more magical than the Wizarding World of Harry Potter in Orlando, Florida (sorry, Disney World). If speculation about some recently purchased patents is to be believed, it's about to get even more amazing — something I wasn't sure was actually possible. Universal City Studios just bought two patents that are making obsessed fans theorise (and desperately hope) that new rides are going to be added to the Hogsmeade and/or Diagon Alley sections of the park.

The Dragon Challenge ride in Hogsmeade is rumoured to be closing, which in theory would provide open space for a new attraction. The ride — originally the Duelling Dragons roller coaster — was part of Universal's Islands of Adventure before Harry Potter World was built and was incorporated into the attraction upon construction of Hogsmeade in Orlando. It's never felt like it truly fit in with the authentic Harry Potter vibes of the rest of the Wizarding World.

The two patents reported by Orlando Business Journal to have been bought are titled "vehicle transportation room system and method" and "system and method for a moving puzzle theatre," and the technology of the rides, upon examination, could very well hint at attractions that would fit perfectly within the Harry Potter World section of the park. Here's what they could mean.

"One patent image shows a launch room with an animatronic figure, possibly a ghost, in front of a fireplace — possibly an entrance to Harry Potter's Floo Network — and the subsequent image shows the fireplace having a retractable wall while that opens a way for the ride vehicle to be propelled forward," Orlando Business Journal said.

According to the patent, during the operation of the ride, this retractable launch room would show elements that "may create an impression among the patrons that the ride vehicle is being pushed and/or pulled by an entity presented in the partial room. For example, the animatronic character may represent a monster, wizard or other entity that appears to cast a spell upon the ride vehicle."

As fans are well aware, the Floo Powder Network in the Harry Potter series is used to magically transport wizards from one fireplace to another as an efficient means of transportation. The possibilities of a Floo Network ride are endless and SO exciting.

The second patent is giving us high hopes that some sort of interactive puzzle is going to be built somewhere within Wizarding World — maybe even something similar to a maze à la the Triwizard Tournament's final task or maybe the moving staircase in Hogwarts?

"Patent images show the theatre could move separate seating areas closer to one another, as well as above or below others. The patent said this can be used as part of a story with performers where guests have to move their sections to achieve a goal throughout the progress of the show," Orlando Business Journal said.

"In some embodiments, certain virtual prizes (e.g., virtual gold, diamonds, trophies) may be presented by a light source hovering in the airspace inside the structure including the puzzle theatre and the patrons may operate the manoeuvrable seating areas to collect the virtual prizes," the patent says.

Note: Neither patents mention the Harry Potter sections of Universal Studies Orlando specifically, and patents are often bought but not always followed through on, so right now everything is just speculation — or in the case of fans, wishful thinking/dreaming. But this is still solid evidence that something really special is brewing at the Wizarding World!

LGBTQ+
Being a Harry Potter Fan Has Been a Significant Part of My Identity — Now What?
by Tara Block 26/9
Latest Smart Living
×